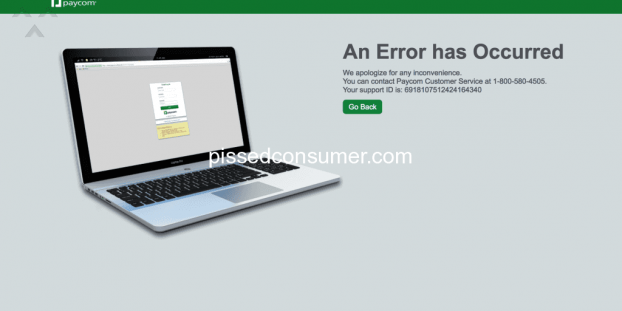 The Paycom 2019 annual meeting is April 29th at 5300 Gaillardia Boulevard, Oklahoma City at 11:00 a.m. local time. Your last opportunity to vote online is April 28th. To increase corporate performance and shareholder value, WITHHOLD votes from Clark and Duques. Vote AGAINST pay; FOR auditor and FOR shareholder proposal to declassify the board.

Paycom Software, Inc. (PAYC) provides cloud-based human capital management (HCM) software service for small to mid-sized companies in the United States. Most shareholders do not vote.  Reading through 55+ pages of the proxy takes too much time. Your vote will make only a small difference but could be crucial. Below, how I voted and why.

From the Yahoo Finance profile: Paycom Software, Inc.’s ISS Governance QualityScore as of April 1, 2019 is 8. The pillar scores are Audit: 2; Board: 8; Shareholder Rights: 8; Compensation: 7.

Egan-Jones Proxy Services recommends FOR, without exception. Audit, Compensation and Corporate Governance/Nominating committees, were solely of Independent outside directors. Also, each director attended at least 75% of all the meetings of the Board and of the committees during fiscal year 2018.

Given far above median pay and my concern for growing wealth inequality, I voted against say-on-pay and also voted against the members of the compensation committee that are up for election:

Vote AGAINST: Clark and Duques.

Paycom’s Summary Compensation Table shows the highest paid named executive officer (NEO) was President and CEO Chad Richison at $16.9M. I’m using Yahoo! Finance to determine market cap ($11.1B) and I define large-cap as $10B, mid-cap as $2-10B, and small-cap as less than $2B. Paycom is a large-cap company.

Given far above median pay and my concern for growing wealth inequality, I voted AGAINST and also voted against the members of the compensation committee:

I have no reason to believe the auditor engaged in poor accounting practices or has a conflict of interest. Egan-Jones recommends voting against the auditor if they served for seven years. Independence becomes compromised by that time. Grant Thornton, LLP has not served more than seven years. However, Egan-Jones notes censure by the PCAOB and other issues, indicating the auditor “needs attention,” recommending a vote Against. Auditors are frequently censured. I do not see this issue rising to the level of high concern.

4. Shareholder Proposal: Declassify the Board

This good governance proposal is from me (James McRitchie), so of course I support it. Per Egan-Jones: “We believe that staggered terms for directors increase the difficulty for shareholders of making fundamental changes to the composition and behavior of a board. We prefer that the entire board of a company be elected annually to provide appropriate responsiveness to shareholders. We recommend a vote FOR this Proposal.”

According to one of our largest shareholders; BlackRock, “Directors should be elected annually to discourage entrenchment and allow shareholders sufficient opportunity to exercise their oversight of the board.” BlackRock voted for shareholder proposals to declassify boards 6 times out of 6 in 2018, as did Vanguard.

This proposal should also be evaluated in the context of our Company’s overall corporate governance as of the date of this submission: Paycom retains supermajority voting provisions. Shareholders cannot call special meetings. Shareholders have no right to act by written consent. A plurality vote standard is used to elect directors. The combined effect is to lock the board into an out-dated corporate governance structure and reduce board accountability to shareholders.

Proxy Insight reported Calvert and Trillium both voted WITHHOLD on all directors, FOR the auditor AGAINST pay and FOR my proposal to declassify the board. In looking up a few funds on our Shareowner Action Handbook, I see the New York City Comptroller voted almost the same, with the exception that he voted FOR pay.

Pursuant to Rule 14a-8 under the Exchange Act, some stockholder proposals may be eligible for inclusion in our 2020 proxy statement. In order to be considered for inclusion in our 2020 proxy statement, a stockholder proposal must satisfy the requirements of Rule 14a-8 and be timely received. To be timely, any proposal must be received by us at our principal executive offices at or before the close of business (5:00 p.m. local time) on November 29, 2019. If we hold our next annual meeting of stockholders on a date that is more than 30 days from the anniversary of the Annual Meeting, any stockholder proposal must be received a reasonable time before we begin to print and send our proxy materials. Failure to deliver a proposal in accordance with this procedure may result in the proposal not being deemed timely received.

Our principal executive offices are located at, and our mailing address is, 7501 W. Memorial Road, Oklahoma City, Oklahoma 73142.