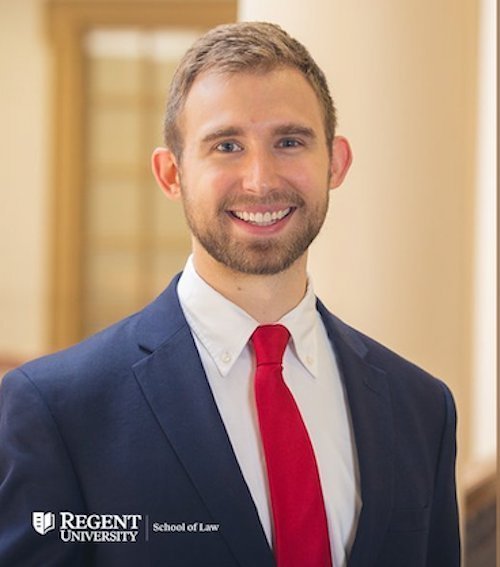 We Three Kings: Disintermediating Voting at the Index Fund Giants (download at SSRN) by Caleb N. Griffin provides insight as to how investors could influence the Big Three index funds — BlackRock, Vanguard and State Street, as those funds exercise increasing power over the economy. Like me, Griffin is interested in extending democracy to corporate governance, ensuring that index funds and the companies they influence are “controlled by the individual human investors who make up its (their) constituents.” (p. 3)

The paper opens with a creative fairy tale about “Sharetopia,” ruled by three powerful kings. The kings promise to use their power in the citizens’ “best interests,” reserving the right to define what that term means without input from citizens.

Griffin argues the “best interests” standard is “little more than a fiduciary fig leaf when it comes to promoting accountability.” Indeed, in 1995 I asked the Pension and Welfare Benefits Administration if they or any other agency had taken action against a plan fiduciary for voting proxies in a manner not in the best interests of plan participants.

No agency had taken such action, despite the fact that many fiduciaries delegated voting but did not monitor. (Fiduciary Responsibilities for Proxy Voting) I doubt much has changed, although I assume fiduciaries are keeping better paper trails. If you know of a case involving enforcement of the “best interests” voting standard, let me know.

Griffin discusses the rise to current dominance of index funds. He summarizes the nature of their proxy voting as unified, synchronous, concentrated and non-specific. New to me were figures that revealed voting is slightly less unified than I thought.

Index investors are a diverse group, with a wide range of beliefs and ideological perspectives. I suspect index providers will provide whatever fund instrument investors demand, as long as they can profit from such offerings. For example, Vanguard offers a FTSE Social Index Fund for those interested in social responsibility. However, as Griffin notes, that fund likely votes “in concert with all of Vanguards other index funds, even on questions that relate to social, human rights, and environmental matters.” (p. 13)

Options examined and rejected include the following:

(N)one of the above proposals successfully mitigates one key problem: the disconnect between how index funds vote their shares and the actual preferences and interests of their individual investors. (p. 30)

Allow investors to select representatives who vote their beliefs.

Such an approach might also encourage competition between index fund providers, proxy advisors, and related entities, providing the opportunity for superior approaches to corporate governance to be identified and rewarded. (p. 32)

MoxyVote provided a similar option with respect to individual stocks. I loved the system because it allowed me to set my representatives and forget about having to vote myself. It also allowed me to intervene if I wished. I could find representatives sufficiently aligned with my values to be comfortable.

However, currently proxy plumbing is a mess. Griffin’s system would add another layer for huge index funds. They will argue it is costly and cumbersome. However, I like the idea especially where market systems are unavailable, such as at company pension funds limited to one fund family.

Expression of Individual Circumstances and Values

Investors could be surveyed every 1-5 years. Data could then be used by funds to shape voting decisions. The additional feedback provided on values and financial circumstances could lead funds to also compete on how they exercise their votes, in addition to current competition around low costs.

I like this idea, although funds could certainly survey investors today but do not. I have been trying to get CalPERS to do this to no avail, even though they can more easily contact all their beneficiaries. Of course, cost is a factor, as is that likelihood that few would participate. Much might depend on survey length. Would it be just a few questions or would it be more like e-Harmony?

In a recent CalPERS election, which was not just an advisory vote, only 6.4% of members voted. CalPERS spent an average of $29.22 per vote on election costs. (Will CalPERS board shake-up continue this year?) A less expensive option, although it would likely provide less extensive advice, would be to solicit feedback though existing sites, such as Say and/or Stake.

This option would provide opportunities for individuals to create their own proxy voting policies or appoint an agent to do so. This could be something like the annual survey ISS does of its customers.

Many people consider me something of a fanatic, when it comes to proxy voting. I own shares in more than 150 companies and try to vote conscientiously, but I still do not have a fully thought out proxy voting policy. Like political elections, a lot of effort could be spent on a very few high visibility issues that drive investor passions. Vote against on all say-on-pay votes would probably be popular.

If my influence is proportionate to my investment, will that be enough to motivate action on either my part or BlackRocks? I suppose it would be fairly easy just to look up how Trillium Asset Management, Calvert or others have voted and ask BlackRock to copy their votes for my portion of shares. I doubt BlackRock would be eager to adopt the proxy voting policies of other funds for any proportion of BlackRock’s votes.

I chose another route to influence voting at BlackRock. I bought shares in the company and file resolutions. For the last two years I negotiated withdrawals. This year will be different. BlackRock consistently votes against supermajority standards at companies in its portfolios. This year, their shareholders will get an opportunity to vote for my proposal asking BlackRock to repeal their own supermajority standard.

We Three Kings: Costs and Benefits

Griffin tries to anticipate the costs and benefits of his recommended options. I agree,

By involving the index fund investors themselves in the decision-making process, it could be possible to simultaneously increase alignment of outcomes with index fund investors’ actual interests, to increase competition and diversity in index fund corporate governance, and to provide a check on the growing power of index funds and their managers. (p. 37)

However, all the options would raise costs, at least slightly, and would have to overcome resistance from both funds and investors. As Griffin acknowledges, “only 28% of shares held by individual investors were voted at annual meetings in 2018.” (p. 7) Those owning a higher number of shares are more likely to vote, Therefore, actual participation by retail shareholders is more on the order of 10%. If so few shareholders are willing to vote the shares they own outright, how many are likely to go through the exercises advocated by Griffin for shares owned through index funds?

Yes, some enterprising fund might actually gain market share by allowing each customer to create something like standing voting instructions. I would be delighted to invest in such an investment company but it is most likely to be embraced by a small SRI fund than a huge index fund.

Caleb Griffin sets out the crux of the problem in his abstract on page 1:

Yes, we need index fund families to vote funds with specifically advertised goals in harmony with those goals. Vanguard’s FTSE Social Index Fund should be voting more like a traditional SRI fund on ESG issues that are likely to be important to Social Index Fund investors. There may already be some slight movement in that direction. See Vanguard to surrender some of its corporate voting power to external fund managers.

A requirement that funds report their proxy votes in real-time in a database format would turn complacent kings into knights in a competitive battle for investors. As I argue elsewhere, competition among funds should be based not only on historic costs and returns, but also on the values expressed in their proxy votes.  (Petition for Real-Time Disclosure of Proxy Votes) The intent of the Rule that requires funds to disclose their votes has not been met.

A review by the Commission would find current N-PX filings are not fit for purpose. Filings do not “enable fund shareholders to monitor their funds’ involvement in the governance activities of portfolio companies.” Filings do not shed light on mutual fund voting to “illuminate potential conflicts of interest and discourage voting that is inconsistent with fund shareholders’ best interests.” They do not enable shareholders to “evaluate how closely fund managers follow their state proxy voting policies, and to react adversely to fund managers who vote inconsistently with these policies.”

None of the major promises of the Final rule have been met. Instead, voting histories must be painfully researched by sorting through millions of individual pdfs, rather than simply sending a query to a database.

Make it easy for average investors to sort and compare voting records. Make the system that was supposed to be effective in 2003 effective in 2020. If fund shareholders can easily monitor, they will demand that funds claiming to promote gender equality vote in favor of shareholder proposals aiming at the same. They will demand that funds advertised as promoting sustainability will vote in favor of proposals aiming at the same. That outcome seems likely.

More problematic, as Griffin also notes, is that most investors own funds through their employer’s retirement plan, often administered by one of the Big Three. Therefore, employee choices can be severely limited.

I like the thrust of Caleb Griffin’s intent to “promote a version of index fund voting that better approximates a true democracy by involving individual human investors in the voting process.” His recommendations would help “ensure that corporate decision-making was better aligned with individual human investors’ interests and values.” My first priority would be where choice is limited, such as in employee retirement accounts.

However, it may be easier for funds to simply create and vote in harmony with differentiated brands than to really engage “individual human investors in the voting process.” That would be too bad. Our political parties offer differentiated brands but many believe they are both out of touch with voters. Getting investors and voters engaged is key to aligning our human interests with our values. I would love to see wide-ranging discussions among index fund invests about how their index funds should vote. That would be such a better use of time than most activities on social media. Filing a shareholder proposal aimed at such changes with one of the Big Three could get such discussions going. Comments welcome.