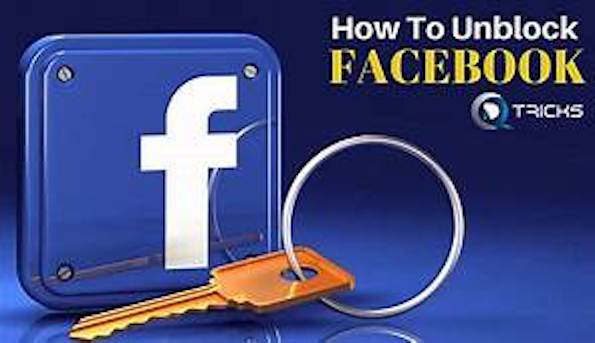 Facebook, Inc. (FB) provides various products to connect and share through mobile devices, personal computers, and other surfaces worldwide. Most shareholders do not vote.  Reading through 72+ pages of the proxy takes too much time. Your vote could be crucial. Below, how I voted and why.

If you have read these posts related to my portfolio and proxy proposals for the last 24 years and trust my judgment, skip the 10 minute read. See how I voted my ballot. Voting will take you only a minute or two. Every vote counts.

I voted with the Board’s recommendations 16% of the time. View Proxy Statement via SEC’s EDGAR system (look for DEF 14A).

Normally, I would vote against I voted against Zuckerberg for holding both CEO and Chairman positions (a conflict of interest) and both Andreessen and Thiel for no longer being independent after 10 years of service. However, in this case none of the directors can be considered independent, since they all serve at the pleasure of Zuckerberg.

I have no reason to believe the auditor engaged in poor accounting practices or has a conflict of interest. I vote against the auditor if they have served for seven years. Independence becomes compromised by that time. Ernst & Young, LLP has served more than seven years. No other issues appear significant.

Facebook’s Summary Compensation Table (p. 31) shows the highest paid named executive officer (NEO) was COO Sheryl K. Sandberg at $23.7M. I’m using Yahoo! Finance to determine market cap ($516.3B) and I define large-cap as $10B, mid-cap as $2-10B, and small-cap as less than $2B. Facebook is a large-cap company.

According to the Equilar Top 25 Executive Compensation Survey 2015, the median CEO compensation at large-cap corporations was $10.3M in 2014. Facebook shares outperformed the NASDAQ over the most recent fi

Given above median pay and my concern for growing wealth inequality, I voted against.

Annual vote is warranted for greater accountability. Of course, at Facebook, Mr. Zuckerberg rules, so we can only hope he will be swayed by the vote of unaffiliated shareholders.

See Notice of exempt solicitation from Majority Action, recommending a Withhold vote on Mark Zukerberg and a vote FOR shareholder resolutions 5, 6, 7, 9, 10, and 12.

This good governance proposal is from NorthStar Asset Management. A raft of recent incidents clearly illustrate the need for shareholders to have the opportunity to have influence and oversight regarding Company policies that affect shareholder value. The current share structure affords the shareholders who put capital at risk have no consequential manner of dissent with any decision Mr. Zuckerberg makes. Equal voting is one crucial mechanism needed to safeguard future loss of shareholder value. See Notice of exempt solicitation.Vote: FOR

This good governance proposal comes from NYC Pension Funds, the Treasurers of Illinois, Rhode Island, Connecticut, Oregon, Trillium Asset Management, Arjuna Capital and others. An independent board chair is widely considered essential good governance, including by the Council of Institutional Investors. An independent board chair will allow the Mr. Zuckerberg to focus on managing Facebook and enable the Chairperson to focus on oversight and strategic guidance. See also Notice of exempt solicitation.

This good governance proposal comes me, James McRitchie. Under Facebook’s current voting system, a director can be elected if all shareholders oppose the director but one shareholder votes FOR — even by mistake. 91% of S&P 500 companies have adopted majority voting for uncontested elections.

So far during the 2019 season, this topic has been voted and results reported 10 times, with an average vote of 98.5% voting FOR a majority vote standard. BlackRock, the world’s largest investor, with $6.5 trillion in assets, includes the following in their proxy voting guidelines:

Majority voting standards assist in ensuring that directors who are not broadly supported by shareholders are not elected to serve as their representatives.

Our current Board is unaccountable to unaffiliated shareholders. Vote for proposal #7 to help bring democracy to Facebook.

While boards should reflect a broad spectrum of opinions, there is no role for dogmatic ideology in the boardroom. No need to seek a balance of communists and fascists on the Facebook board. In fact, no firm ideologues on the board would be a plus.

This proposal asks Facebook to publish a report on content governance, including the extent to which they address human rights abuses, threats to democracy, freedom of expression, and the reputational, regulatory, and financial risks posed by content governance controversies. Yes, let shareholders see this analysis.

Requests report to above but on diversity and associated risks but seeks to evaluate the ideology of employees to ensure political diversity. Again, I do not wish to see anyone evaluated on the basis of their ideology, especially since I would have a difficult time describing mine for any simple survey. Such a report would foster a culture of divisiveness.

Proxy Insight had reported the votes of only Everence and Calvert when I wrote up this advisory on May 24. See chart below.

I expect that by the time I post, Proxy Insight will have reported more. In looking up a few funds on our Shareowner Action Handbook, I see Praxis voted the same as Everence and Calvert.

You may present proposals for action at a future meeting or submit nominations for election of directors only if you comply with the requirements of the proxy rules established by the SEC and our amended and restated bylaws, as applicable. In order for a stockholder proposal or nomination for director to be considered for inclusion in our proxy statement and form of proxy relating to our annual meeting of stockholders to be held in 2020, the proposal or nomination must be received by us at our principal executive offices no later than December 14, 2019.