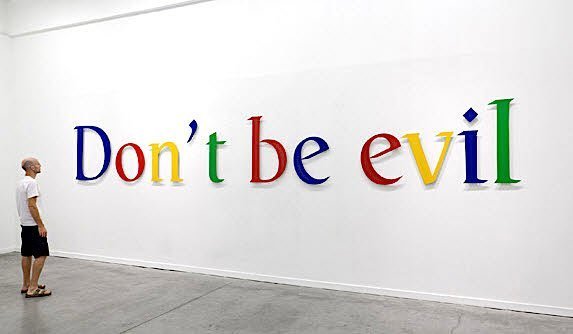 Alphabet losers at the 2019 meeting were not only the unaffiliated shareholders but also are likely to be the insiders. As the last meeting before the Department of Justice begins potential anti-trust actions, our co-overlords Page and Brin, who control 51.3% of the vote, should have embraced at least some of the changes requested by shareholders.

Moving from dictatorship to at least the semblance of democracy would be a good move before possible enforcement action. As reported in the press, shareholders were Alphabet losers. Neither Page or Brin showed up to the meeting and all shareholder proposals were roundly defeated.

However, take a closer look at the table below, and downloadable in Excel, prepared by John Keenan of AFSCME.  Without those insider shares, the proposal to move to equal shareholder voting passed with 92.1% of the vote. Majority vote for director elections, likewise, passed with 93.1%; clawback policy by 76% and sexual harassment risk report by 56.1%. Additionally, Hennessy, Doerr, Mather and Shriram all failed to win at least 80% of unaffiliated votes.

Alphabet Losers Who Voted With Board

We won’t know until each fund files their voting records for the year which voted with the Board. However, Proxy Insight reports that PNC Capital Advisors voted against proposal #4 to recapitalize stock to eliminate insider control. OppenheimerFunds abstained on all votes. How do such votes pass the fiduciary duty smell test? Who’s afraid of google?

I am delighted to see proposal #11, nomination of an employee representative to the board, supported by several funds based outside the US as well as: Trillium, Bridgeway Capital, Impax, Everence, Fred Alger, Boston Common, Calvert, CBIS, Domini and others.