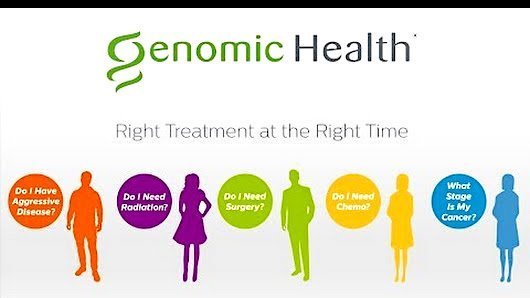 Genomic Health, Inc. (GHDX), a healthcare company, provides clinically actionable genomic information to personalize cancer treatment decisions in the United States and internationally. Most shareholders do not vote.  Reading through 60+ pages of the proxy takes too much time. Your vote could be crucial. Below, how I voted and why.

I voted with the Board’s recommendations XX% of the time. View Proxy Statement via SEC’s EDGAR system (look for DEF 14A).

Corporate governance scores courtesy of Institutional Shareholder Services (ISS). Scores indicate decile rank relative to index or region. A decile score of 1 indicates lower governance risk, while a 10 indicates higher governance risk. We need to pay close attention to members of the Board and Compensation issues.

I voted against Fred E. Cohen for serving on more than four public company boards. He also sits on the compensation committee, which awarded CEO compensation beyond what I consider reasonable. Other member of the committee included: Felix J. Baker, Barry P. Flannelly, and Henry J. Fuchs.  I also voted against nominating/governance committee members because of lack of diversity AND for counting abstentions as votes AGAINST: Julian C. Baker, Henry J. Fuchs (again), and Ginger L. Graham.

Aside from the normal vote warnings, Genomic Health engages in additional Vote Rigging. At Genomic, “abstentions” (not just votes left blank) are treated as votes AGAINST.  If you mark your ballot to ABSTAIN because you do not want your vote counted, Genomic will ignore your wish and instead count it as a vote AGAINST.  If Genomic is going to count ABSTAIN as AGAINST, they should not offer ABSTAIN as a voting option. This unusual voting policy is designed to disenfranchise shareholders by over counting AGAINST votes on these critical issues.

The plan’s dilution exceeds 10 percent. Based on evaluation of the estimated cost, plan features, and grant practices using the Equity Plan Scorecard (EPSC), a vote Against this proposal is warranted:

Genomic’s Summary Compensation Table (p. 23) shows the highest paid named executive officer (NEO) was President and CEO Kimberly J. Popovits at $4.8M. I’m using Yahoo! Finance to determine market cap ($1.95B) and I define large-cap as $10B, mid-cap as $2-10B, and small-cap as less than $2B. Genomic is a small-cap company.

According to the Equilar Top 25 Executive Compensation Survey 2015, the median CEO compensation at small-cap corporations was $3M in 2014. Genomic shares outperformed the NASDAQ over the most recent one, two, and fi

Given above median pay (especially for a small-cap) and my concern for growing wealth inequality, I voted against. I also voted WITHHOLD against the compensation committee for their role in award excessive pay: Julian C. Baker, Fred E. Cohen, Barry P. Flannelly, and Henry J. Fuchs.

This good governance proposal comes from me, James McRitchie, so of course I voted FOR. BlackRock and many mainstream investors also typically vote FOR such proposals, recognizing that companies should not be held hostage by those holding a minority of shares.

Proxy Insight had reported the votes only Calvert as of when I wrote this on the weekend. They may have updated by the time I post this.

In looking up a few funds in our Shareowner Action Handbook, NYC Comptroller Withheld Against all directors except Barry P. Flannelly and Geoffrey M. Parker. The voted For all other items.

If a stockholder wishes to present a proposal to be considered for inclusion in our Proxy Statement for the 2020 Annual Meeting of Stockholders, the proponent and the proposal must comply with the proxy proposal submission rules of the SEC. One of the requirements is that the proposal be received by Genomic Health’s Secretary no later than December 27, 2019. Proposals we receive after that date will not be included in the Proxy Statement. We urge stockholders to submit proposals by Certified Mail—Return Receipt Requested.