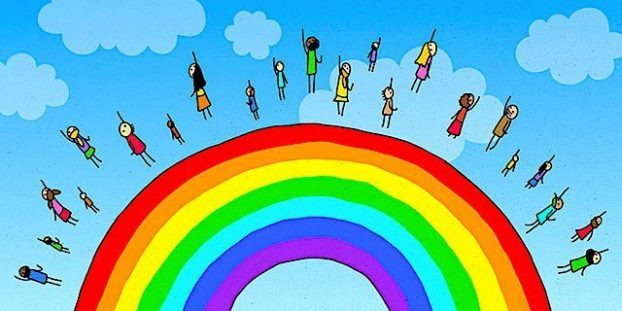 LGBTQ CorVel (CRVL) workplace equality advocates celebrate a significant victory in the midst of a historic Pride month representing the 50th anniversary of the Stonewall riots. Shareholders will have a voice on CorVel’s EEO policy.

Shareholders of CorVel Corporation, a provider of compensation solutions for employers, third party administrators, insurance companies, and government agencies, will have the opportunity to vote at the company’s annual stockholder meeting later this summer on a contested shareholder proposal, thanks to the work of Walden Assets. The proposal requests a public report detailing potential risks associated with omitting “sexual orientation” and “gender identity” from CorVel’s written equal employment opportunity (EEO) policy.

Since the 1990s, investors have filed similar proposals with publicly traded companies asking them to amend non-discrimination policies to include explicit provisions protecting members of the LGBTQ community. Strong EEO records and a public non-discrimination policy inclusive of sexual orientation and gender identity and expression can  enhance long-term shareholder value:

Walden Asset Management, a Boston-based sustainable, responsible, and impact-oriented investment firm and the filer of the shareholder proposal at CorVel. Walden has engaged over 200 companies resulting in more inclusive EEO policies at most of these companies. Said Carly Greenberg, CFA, Manager of ESG Investing at Walden:

This truly seemed to be an issue whose time had come. From 2010 onward, companies we engaged or filed shareholder proposals with often responded quickly and changed their policies once they understood the link to shareholder value. That all seemed to change, however, after the 2016 election.

During the 2017 proxy season, the first after the Trump Administration’s appointment of Securities and Exchange Commission (SEC) Chairman Jay Clayton, a shareholder proposal on this topic was challenged by The Cato Corporation, a women’s clothing retailer headquartered in North Carolina. The SEC concluded that the company could omit the proposal. Explained Greenberg:

We were stunned. We had seen similar proposals survive challenges by companies to the SEC and were dumbfounded as to why this proposal should fare any differently.

Following consecutive losses at the SEC in 2017 and 2018, Walden Asset Management amended its approach, focusing on the company risks associated with not having an inclusive non-discrimination policy. Due to its refusal to engage in conversation, CorVel received the new proposal and in April 2019, appealed to the SEC to be allowed to omit the proposal from its 2019 Proxy Statement. On Wednesday, June 5th, the SEC made public its decision to deny CorVel’s no action request. The company must include the proposal submitted by Walden.

The SEC’s decision with CorVel not only represents a win for our engagement with this company, but a huge victory for all investors who work to advance LGBTQ workplace equality through shareholder engagement. This decision preserves shareholders’ ability to file proposals on this important issue and we are glad to see the SEC reaffirm LGBTQ equality as a topic that shareholders have a right to weigh in on.

The decision comes at a momentous time for the LGBTQ equality movement. After years of progress, there has been an upsurge in state and federal policies encouraging or allowing discrimination against LGBTQ people in public and private services on religious grounds. In April, the Supreme Court announced it would hear three cases on LGBTQ workplace discrimination in the 2019-2020 judicial season.

LGBTQ CorVel Now Vote Up to You

CorVel is a part of a shrinking minority of companies that do not include sexual orientation and gender identity in non-discrimination policies. According to the Human Rights Campaign Foundation’s 2019 survey of the Fortune 500®, 93% have EEO policies that include sexual orientation, and 85% have policies that also include gender identity or expression—an historic high.

“We commend the SEC’s decision and look forward to CorVel taking steps to clarify how it ensures an equitable, respectful, and supportive work atmosphere that bolsters employee performance and improves business outcomes,” added Greenberg.

See Yelp and Glassdoor reviews. If you are a shareholder, look for your proxy in a few weeks via SEC’s EDGAR system (look for DEF 14A). If you participate in a mutual fund, write to them and ask how they are voting on this important issue.