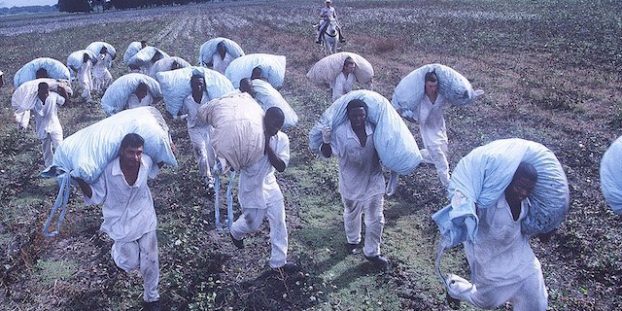 Prison labor disclosure was supported by shareholders at TJX, voting 38% of shares in favor of an initiative from NorthStar Asset Management at their June 4, according to a preliminary vote report. See NorthStar’s rebuttal to Board’s opposition statement.

“We are very pleased that shareholders at TJX Companies have joined those at The Home Depot and Costco Wholesale in supporting our shareholder resolutions asking for disclosure and oversight on prison labor,” stated NorthStar Asset Management, Inc.’s CEO Julie Goodridge.

Motivated by the pursuit racial justice and economic equality as well as protecting its clients’ investments in each company, NorthStar’s in-depth research on prison labor began almost five years ago. Goodridge explained:

One of NorthStar’s goals is to hold companies accountable for protecting all workers. If a company is profiting from the use of prison labor, they must protect and advocate for these individuals. Our capitalist system was built on the backs of slaves and continues to benefit inappropriately from the labor of people – disproportionately people of color – in prison. Companies must exercise their influence over suppliers to improve health, well-being, pay, and job training for incarcerated people.

Building on its first company engagements on this topic last year, each proposal on prison labor disclosure that NorthStar brought to a shareholder vote this year earned successively higher votes at each respective annual meeting. Mari Schwartzer, NorthStar’s Director of Shareholder Activism and Engagement added:

Our proposal received over 28% of the vote at Costco in January, then approximately 30% at Home Depot a couple weeks ago, and we finished the proxy season strong with a preliminary vote of 38% at the TJX Companies’ annual meeting this week. All three companies – TJX, Home Depot, and Costco – have different supply chain risks related to prison labor in the U.S. and have yet to take steps that satisfy shareholders. Prison labor is an opaque industry where companies cannot know their risk until they proactively seek it out. Shareholders have shown that this risk is worth company investigation.

It is good to see progress on this issue. I look forward to companies actually negotiating with NorthStar on prison labor disclosure and reaching agreements. The vote at TJX brings that likelihood a step closer. It is interesting that all institutional shareholders announcing their votes in advance of the meeting (as reported by Proxy Insight) voted in favor of NorthStar’s proposal on prison labor disclosure at TJX. When you vote with your conscience, you don’t have to hide.