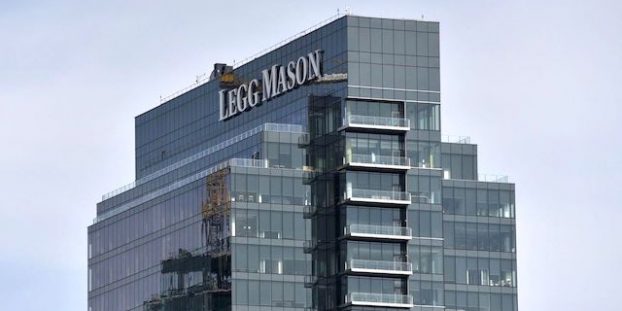 Legg Mason, Inc. (LM) is a publicly owned asset management holding company. Most shareholders do not vote.  Reading through 80+ pages of the proxy takes too much time. Your vote could be crucial. Below, how I voted and why.

I voted with the Board’s recommendations 45% of the time. View Proxy Statement via SEC’s EDGAR system (look for DEF 14A).

Egan-Jones Proxy Services recommends Against: Robert E. Angelica (10 years, so no longer considered independent), John V. Murphy, Alison A. Quirk (both on compensation committee) and Joseph A. Sullivan (chair of board accountability for cybersecurity that needs improvement).

I am not quite ready to apply E-J’s advice on cybersecurity accountability yet… maybe next year. However, Nelson Peltz sits on more than 4 boards. That is too many.

Legg Mason’s Summary Compensation Table shows the highest paid named executive officer (NEO) was CEO Joseph A. Sullivan at $10.0M. I’m using Yahoo! Finance to determine market cap ($3.3B) and I define large-cap as $10B, mid-cap as $2-10B, and small-cap as less than $2B. Legg Mason is a mid-cap company.

According to the Equilar Top 25 Executive Compensation Survey 2015, the median CEO compensation at mid-cap corporations was $8.4M in 2014. Legg Mason shares outperformed the S&P 500 over the most recent one year time period, but underperformed during the most recent two and fi

Given above median pay, mixed performance, failure to align pay with performance, and my concern for growing wealth inequality, I voted Against. I also voted against the compensation committee.

This good governance proposal comes from me, James McRitchie, so of course I voted FOR. Egan-Jones agrees. The Company takes no position. Anyone concerned with our ability to ensure Legg Mason is not held hostage by a few large shareholders should vote FOR this proposal to make our corporate governance more democratic.

Proxy Insight had only reported votes of CalSTRS as of when I last checked. They may have updated by the time I post this. CalSTRS voted For all items except Against Nelson Peltz.

In looking up a few funds in our Shareowner Action Handbook, I see Calvert voted For all items except Against Nelson Peltz.

We must receive in writing, at our principal executive offices located at 100 International Drive, Baltimore, Maryland 21202, Attn: Corporate Secretary, any stockholder proposal intended for inclusion in the proxy material for the 2020 Annual Meeting of Stockholders on or before February 21, 2020. The inclusion of any proposal will be subject to applicable rules of the SEC. Under our Bylaws, stockholders who would like to submit proposals for the 2020 Annual Meeting of Stockholders must deliver written notice of the proposal to our Corporate Secretary, at the above address, between January 22, 2020 and February 21, 2020. In the event our 2020 Annual Meeting of Stockholders is held more than 30 days before or after July 30, 2020, notice must be delivered between the 150th day prior to the date of the meeting and 5:00 p.m., Eastern Time, on the later of the 120th day before the meeting or the tenth day following the day on which we publicly announce the date of the meeting.

One Response to Legg Mason 2019