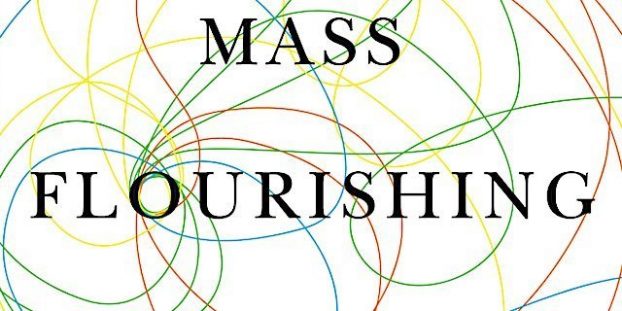 Phelps’ Mass Flourishing: How Grassroots Innovation Created Jobs, Challenge, and Change by Edmund S. Phelps. Important issues are discussed but the typology, especially the characterization and treatment of corporatism, is problematic.

In the Preface, Phelps remarks, “mass flourishing – comes from broad involvement of people in the processes of innovation: the conception, development, and spread of new methods and products – indigenous innovation down to the grassroots.” Since that statement met with my own bias, I was more than happy to read on, only later learning Phelps appears to be against unions and ESOPs (employee stock ownership plans), which I have found helpful in creating more involved workplaces.

Still, I found the book to be an important exploration of what it takes to create “a culture protecting and inspiring individuality, imagination, understanding and self-expression that drives a nation’s indigenous innovation.” It is a book about creating the “good life,” which harnesses entrepreneurial spirit and a Rawlsian sense of economic justice ostensibly focused on the least advantaged.

Phelps begins by describing the advent of “modern” economics when productivity and real wages exploded in what Walt Rostow dubbed economic “take-off.” Innovators applied grassroots knowledge largely ahead of science through hunches and experimentation. “Masses of people in society were active in conceiving, creating, evaluating, and trying out the new and learning from the experience.” (15)

The “modern economics” central to “mass flourishing” appears to be whatever Phelps believes is good. Although he outlines themes, I got more of an “I know it when I see it” perspective, rather than an actual model. Key to modernism is ideas. As Margaret Blair noted decades ago in an interview with me, “something like 75% of the value of the corporate sector cannot be accounted for in plant and equipment…tangible assets on the books.”

The proportionate value of ideas generated by “human capital” is undoubtedly higher today. New ideas that excite the imagination of entrepreneurs, financiers and employees is what drives the modern economy. “A hallmark of capitalism is that the capitalists are independent, uncoordinated and competing with one another: no monarchy or oligarch is in charge.” (26)

Only what Phelps characterizes as a “modern economy” under capitalism is capable of creating an endless succession of new problems required to keep work challenging. Only modern economies facilitate widespread self-actualization – the full realization of one’s potential.

In tracing back the origins of modern economics, Phelps notes that widespread innovation depends on inclusion and legal rights to share in the fruits of labor. Corporations evolved to be more inclusive as they went from royal charters to state charters with limited liability. Democracies nourished individual initiative and public education. Self-government helped breed self-reliance and self-expression. Volunteer associations and town meetings in America constituted free schools in responsibility, initiative, experimentation and exercising judgement.

A large portion of the book is given over to forces acting against the modern economy. Socialism and corporatism are both aimed at ameliorating economic swings and inequality. Although they may begin with noble purposes, the results have been problematic. Socialism works largely through public ownership, while corporatism leaves the economy in private hands, subject to state intervention.

According to Phelps, “A big step in the corporatist direction was the establishment of rights of employees to organize or to join an already organized labor union in the “National Labor Relations Act of 1935, the Wagner Act.” (154) Any negotiations between labor and business or government and business, such as through regulation, outside the free market is judged by Phelps to be corporatist. “Social protection for all is the motto of the new corporatism.” (167)

Phelps appears to embrace Rawls’ Theory of Justice with regard to state intervention to raise the lowest wage rates but is critical of “social transfers.” The Census Bureau reports the percentage of households receiving government benefits rose from 29% in 1983 to 48% in 2011. (229) Phelps argues instead for a “system of graduated subsidies to corporations to employ low wage workers.” While I do not have a problem with that, the solution is a corporatist one, since it does not rely on the market.

Phelps recognizes that welfare does not just go to the poor. “The outlay for corporate welfare reached $92B in FY 2006.” (254) I would assume corporate welfare includes wage subsidies, such as those recommended by Phelps.

Corporatist governments find it more convenient to deal with an industry populated by a few giant corporations than one with a great many small enterprises. Gross profits of the largest 200 corporations rose from 15% in the early 1950s to 30% in 2004-2008.  “What propels the system is ultimately the economic and political culture of self-importance and self-dealing.” (267)

Phelps writes that socialists see every economy as a sausage machine, with close attention to “how the output is divided among the workers.” Corporatists focus instead on the “national output and social harmony” most easily monitored via large entities. Both systems overlook the importance of the means and the need for meaningful work. 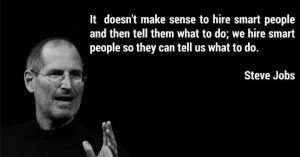 Yes, some effort is needed to provide populations with the means for obtaining food and shelter but beyond that the “good life” is the pursuit of knowledge, not amusement. “Engagement in problem solving is an intellectual side of the good life.” (284) Americans want to “feel embarked on a mission to ‘make a difference.’” When companies are large and hierarchical, “workers of ordinary skill have no way to express innovative ideas and no incentive to conceive them.”

Phelps asks us to “leave the direction of the economy to the competition of the market, since the state does not have the knowledge or judgment to improve the efficiency of the market’s allocation of investment.” (320) While that may be ideal when it works, unfettered competition often leads to oligopoly or monopoly… the very type of large companies where innovative ideas go to die and which are more subject to corporatism.

“Few changes are more needed than reforms to stop the corporate practice of paying CEOs very high salaries over a term expected to be very short, which induces them to disregard innovative projects that could pay off only in the long term.” (321) Phelps calls on laws forbidding golden parachutes to prevent short term focus. He opposes measures making it harder for CEOs to select their directors because more independent directors would result in higher CEO turnover and more short termism. I cannot see cronyism as an impetus to innovation. Although his goals are admirable, many of Phelps’ solutions are based on muddled thinking and the very corporatism he wants to avoid.

“Also high on the list is reform of the mutual funds. They must be stopped from threatening a CEO with dumping her company’s stock unless she fixers her attention on hitting the next quarter’s earnings target.” (321) This is an imaginary problem. Passively managed U.S. stock funds increased their market share to over 48% as of November 2018. Passive funds, by definition, do not dump their stock. Yes, there are many problems with how large index funds vote their shares but they can best be addressed through market forces that would be unleashed if the SEC would require real-time vote disclosure in machine readable format. (See Petition for Real-Time Disclosure of Proxy Votes.)

Yet, Phelps misses the fundamentals of how large passively managed indexed funds work. They do not finance new businesses or expansions. They do not participate in funding initial startups or even initial public offerings. Index firm MSCI Inc., for example, generally requires at least three or four months of trading before a new stock can be considered for an existing or new index. (Why Index Funds Have a Limited Presence in the IPO Market, WSJ)

Phelps believes “the restoration of high dynamism will require the revival of financing the old-fashioned way – “relational banking” in which the lender or investor through accumulating experience comes to have a sense of the chances of the company its is financing that is about as good as the company does. Governments mindful of innovation could redraw the map of financial institutions so as to provide vastly more finance for innovative projects and start-ups.” (321) “In 2010, Leo Tilman and I proposed a national bank specializing in extending credit or equity capital to start-up firms.” (see Wanted: A First National Bank of Innovation.)

That sounds suspiciously like the “corporatism” Phelps rails against throughout his book. While Phelps demonstrates a wide knowledge of economic thought, his typology — especially with regard to the essential elements of “corporatism” and “modern economy” are unclear.

Legg Mason 2019
The Making of a Democratic Economy: Review Essay