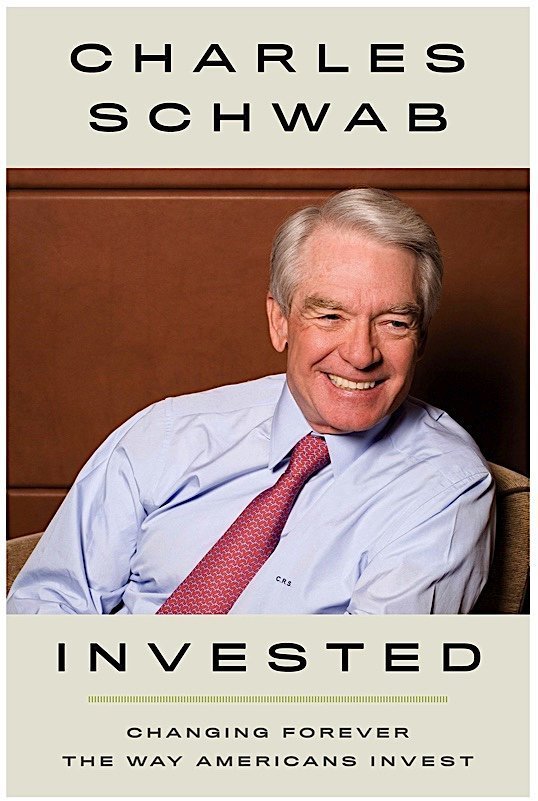 Charles Schwab chronicles the history of his namesake firm in Invested: Changing Forever the Way Americans Invest. I knew he led a technological revolution and was among the first to slash prices. From A Nation of Small Shareholders, I also knew Schwab was on a long-term mission to have every American share in our growing economy as an investors.

The book is a quick read that covers many details of what he got right and a few missteps. His reading of individual investor wants follows:

Based on what I saw at Schwab, they want a few basic things from the system: fairness and a level plying field, low cost and efficient access to the markets, information that will help them make investment decisions, and conflict-free advice.

While he undoubtedly saved Americans millions of dollars in fees, I hoped to read how Schwab made an effort to educate investors with regard to proxy voting and the levers shareholders have to add value and influence corporate behavior. Nothing. The book I read was a preprint, so there was no index to look up words like proxy voting or shareholder proposals. However, I read carefully and found no mention of such topics.

I should have looked up how Charles Schwab Investment Management (CSIM) votes its own proxies. It appears CSIM does not support proxy access proposals “unless CSIM has particular concerns regarding the board’s accountability or responsiveness to shareholders.” That, even though 71% of S&P 500 companies adopted proxy access.

Although he is an important figure in investing, I do not see Charles Schwab as inventive as John Bogle, another cost cutter. For more revolutionary figures, read A Traitor to His Class: Robert A.G. Monks and the Battle to Change Corporate America or Socially Responsible Investing: Making a Difference and Making Money by Amy Domini.

I would love to read the biography of other transformative investment figures, like Timothy Smith or Joan Bavaria. Smith served as Executive Director of the Interfaith Center on Corporate Responsibility (ICCR) for 24 years coordinating corporate responsibility programs for over 300 religious, institutional investors using shareholder advocacy to influence corporate conduct and promote corporate responsibility. Since the year 2000, Smith has directed ESG Shareowner Engagement at Walden Asset Management.

Bavaria was the founder of Trillium Asset Management and Ceres. She is often referred to as the “Founding Mother” of the field of Socially Responsible Investing, which now accounts for nearly one in nine dollars invested in the United States, a total of $2.7 trillion.

Schwab reduced investor transaction costs but did little to help clients use the power of investing to further their environmental, social or governance values. Like many of his generation, maybe he puts investing and doing good in the world in two separate categories. With climate change upon us, the need for a more multi-dimensional capitalism is more obvious than ever.