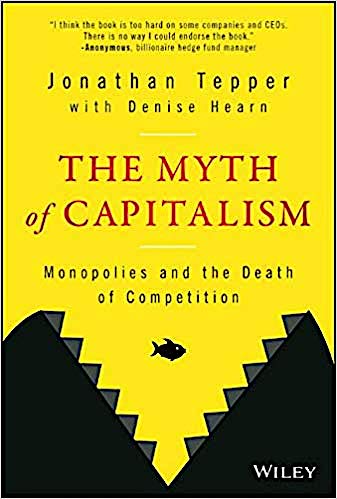 Jonathan Tepper and Denise Hearn fail to mention Dr. Dao suffered a broken nose, loss of two front teeth and more. He was removed not to make way for another paying passenger but for a United employee trying to get to another location. Dr. Dao missed scheduled hospital consultations.

That graphic story sets the stage for what happens under lack of competition. In a more competitive airline environment United stock value and ticket sales would plummet. Since airlines have near monopolies, customers have no choice. The incident had no substantive financial impact on the company.

There are fewer winners and many losers when there is less competition. Rising market power by dominant firms has created less competition, lower investment in the real economy, lower productivity, less economic dynamism with fewer startups, higher prices for dominant firms, lower wages and more wealth inequality. The evidence from economic studies is pouring in like a flood.

Tepper goes on to cite a substantial body of evidence to support those statements. As antitrust cases drop, mergers soar. 75% of industries have experienced increased concentration levels and higher profit margins. 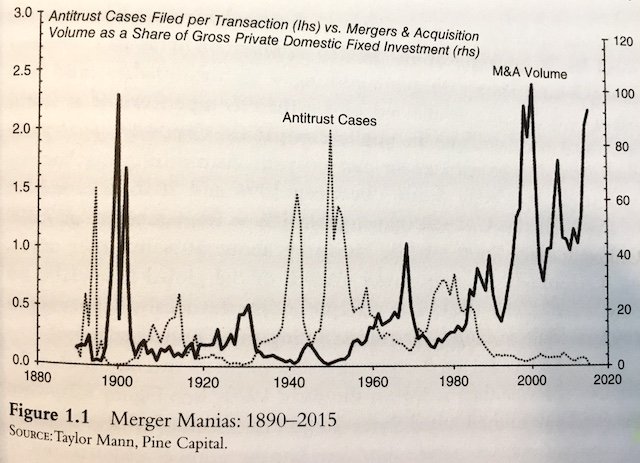 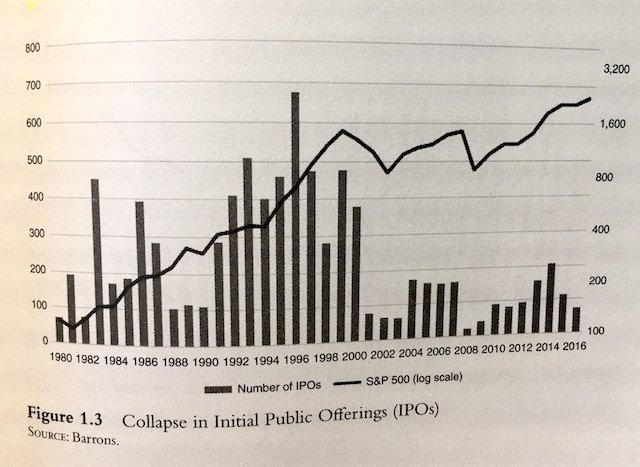 The decline of unions, rise of noncompete clauses, stock buybacks and many other factors explain what went wrong. Just as companies monopolized industries, the wealthy monopolized ownership.

According to Gallup, only 54% of Americans own stocks either in brokerage accounts or through retirement savings plans. This is a decline from 62% prior to the 2008 financial crisis. And less than 14% of households directly own corporate stock… The wealthiest 1% own nearly 50% of stock and the top 10% own more than 81%. In contrast, the middle class owns only 8% of all stock.

The rise of market concentration and death of competition have led to increased inequality and decreased productivity. Product markups have increased from 18% to nearly 70% in 2014. Owners are getting rich but workers can afford to buy less, even as productivity continues to rise.

Tepper concludes with several pages of guiding principles for reform. I see many of them appealing to both the right and the left but especially the middle of the political spectrum. A few in abbreviated follow:

Reforming markets is not a left or right issue. It is a human issue to get more freedom and promote a healthier economy. If you’re left leaning, competitive markets will help reduce unjust inequality. If you’re right leaning, restoring competition will promote entrepreneurial activity.