McRitchie 2019 proxy season results are not something I normally report. It feels too much like bragging. I do my work to drive better, more accountable corporate governance. However, the SEC’s Division of Corporate Finance is “considering recommending that the Commission propose rule amendments regarding the thresholds for shareholder proposals under Rule 14a-8.”

It is widely reported the SEC rule proposals will include increasing the ownership and resubmission thresholds for Rule 14a-8 shareholder proposals to discourage participation by retail shareholders. I have long seen salvation for the economy in the opposite direction, encouraging and empowering main street investors. Therefore, it is time to set the record straight that my proposals, like the proposals of Chevedden and Steiner, are often widely supported.

The argument from those who want to reduce democratic corporate governance seems to be that low thresholds for submitting and resubmitting shareholder proposals allow a few shareholders to impose on companies their personal policy priorities, with costs borne by all shareholders, most of whom do not support those proposals. In 2017, Chair Clayton indicated the SEC would review shareholder proposal rules, noting it is “very important to ask ourselves how much of a cost there is….how much costs should the quiet shareholder, the ordinary shareholder, bear for idiosyncratic interests of other [investors].”

As can be seen in the table below, my proposals averaged 52.3% support this proxy season. I am exactly the type of shareholder targeted by the rulemaking under consideration – a small retail investor. If my submissions were really  “idiosyncratic,” why do they win the votes of so many shares?

True, my proposals to deduct the impact of share buybacks from CEO performance pay only averaged 3.1% support. However, buybacks (BB in the table) was a new topic. Cyber security (Cyber) is also a relatively new concern and won only 26.8%. Many funds that do not have a proxy voting policy on a new topic vote as the board recommends until they develop a policy.

On the other hand, my proposals to move to annual elections (AE) for directors averaged more than 70% support.  Proposals to elect directors by majority vote (DMV) averaged 51.6% support. Proxy access (PA) proposals averaged 64.8%. Eliminating supermajority in favor of simple majority voting standards won an average 56.5%. Special meeting proposals (SPM) to either adopt or lower thresholds won an average of 54.5%. Transparent political spending (TPS) averaged 46.4%. I expect this will rise above the 50% threshold in 2020 with the upcoming Presidential elections heightening concerns. Finally, written consent proposals from our work averaged 61.1%.

Many people will be surprised by these numbers. That is because companies frequently do not disclose shareholder proponents in their proxies, so they do not all get counted.

Additionally, we attempt to negotiate with companies to get them to implement our proposals without a shareholder vote. Two examples come immediately to mind. The secretary of WD-40 actually asked me what was next on my agenda for the company. Their board adopted special meeting rights without hesitation upon request. Similarly, our proposal that Marrone Bio Innovations move to elect directors by majority vote was also embraced by the board. In other cases, the Board was able to substitute their proposal for ours. Although these proposals sometimes present weaker options, they still head in the right direction. Many such management proposal would not happen without our push.

One of the problems with looking at a single season is that proposals often take years to go into effect. For example, we have had several winning corporate governance reform proposals at iRobot over the last several years. Now we are working with them to help increase turnout. Although the most recent management proposal to eliminate supermajority provisions won 99.3%, that was still not enough, based on votes as a proportion of shares outstanding. We are all frustrated.

Out of the 114 firms in our sample that granted that power over 2005-2017, 80% had received a precatory proposal. Relatedly, 84% of the unique firms that received at least one shareholder proposal asking for the right to call special meetings had granted their shareholders that right by the end of 2017…

The proposals were almost exclusively filed by individuals (as opposed to pension funds or other institutional investors). Remarkably, close to 90% of the proposals were filed by members of four families (the Chevedden family, the Steiner family, the Young-McRitchie family, and the Rossi family).

Our actions not only improved the long-term value of our companies, they also helped move the entire market by driving what is considered best practice. Driving beta (the whole market) is much more impactful and sustainable than seeking a slight alpha edge, which tends to fluctuate more.

More investors should focus on beta and good environmental, social and governance (ESG) practices in order to increase long-term returns, argue Jim Hawley and Jon Lukomnik in The Long and Short of It: Are We Asking the Right Questions – Modern Portfolio Theory and Time Horizons (download. See also More Beta: The Long and Short of It).

It appears John Chevedden used different timeframes and counting methods but he finds the three of us (Chevedden, Steiner and McRitchie) had the following proxy season results on our collective proposals:

Investors do not have to be large to affect best ESG practices. In fact, funds with super portfolios like BlackRock, State Street, Vanguard and Fidelity have never initiated changes through the use of proxy proposals. Research on US passive managers, which are responsible for one quarter of all votes at S&P 500 companies, concludes:

Although the largest funds have never filed a proxy proposal and engage little to improved best ESG practices, they often do support the efforts of small investors. With regard to driving ESG practices, massive fund families are not leaders; they are followers. Many widely supported proposals from individual and other small investors would not get filed if thresholds were raised. As a result, ESG best practices would stagnate.

Even without currently contemplated changes, it is difficult for most main street or 401(k) investors to determine how large funds vote on issues important to them. They are often surprised to learn “ESG funds” from the largest mutual fund families vote against ESG proposals, since fund families like BlackRock and Vanguard typically vote as a block.

Funds are required to notify the SEC of how they voted but these records are filed a year later and are practically encrypted. Thousands of filings cannot be sorted without the aid of sophisticated programming.

I have petitioned the SEC to make this information available in real-time and in machine readable format. That would spark competition among funds around their proxy voting records, much like the current market competition around low fees and performance history.

My petition can be found under Petitions for Rulemaking Submitted to the SEC as File 4-748, Jul. 9, 2019 Request to amendment of Title 17, §270.30b1-4, Report of proxy voting record Submitted by: James McRitchie, Corporate Governance

Submit comments on File 4–748 by including that file number in the subject line and emailing them to rule-comments@sec.gov. You can write something as simple as the following:

I want to know how the funds I invest in vote their proxies. I support the suggested reporting amendments, which would spark competition between funds around proxy voting records, similar to current market competition around low fees and performance history.

SEC Should Expand Involvement by Individuals

When Markowitz first developed Modern Porfolio Theory in the 1950s, institutions owned about 8% of US equities. Today, they own about 78%. Any action to raise proxy proposal thresholds would further discourage share purchases by Main Street investors by taking away their rights.

In the United States, the wealthiest 10% of households own about 84% of corporate stock. Given that imbalance, proxy votes cannot truly reflect the full spectrum of American values. For the 1967 revised edition of The Modern Corporation, Berle added a new preface asking, “Why have stockholders?”

What contribution do they make, entitling them to heirship of half the profits of the industrial system, receivable partly in the form of dividends, and partly in the form of increased market values resulting from undistributed corporate gains? Stockholders toil not, neither do they spin, to earn that reward. They are beneficiaries by position only. Justification for their inheritance must be sought outside classic economic reasoning… justification turns on the distribution as well as the existence of wealth. Its force exists only in direct ratio to the number of individuals who hold such wealth. Justification for the stockholder’s existence thus depends on increasing distribution within the American population. Ideally the stockholder’s position will be impregnable only when every American family has its fragment of that position and of the wealth by which the opportunity to develop individuality becomes fully actualized.

As long as 84% of corporate stock is owned and controlled by 10% of Americans, corporations will not be trusted. As noted by the president and CEO of the U.S. Chamber of Commerce,“Despite overall economic gains nationwide, “many Americans have lost faith in core institutions—public and private alike. They don’t believe that government or business understand the challenges they face, or are willing or able to address them.”

A one percentage point increase in the Gini index for income inequality leads to a fall of two percentage points in the share of individuals who believe that ‘most people can be trusted. [Citi & Oxford Martin, “Inequality and Prosperity in the Industrialized World: Addressing a Growing Challenge,” Oxford Martin, September 2017]

For capitalism to be compatible with democracy, we need most American families to participate in share ownership. That should be part of the mission of every corporate director, as well as the SEC in order to maintain legitimacy.

After World War II, the New York Stock Exchange developed a marketing campaign, Own Your Share of American Business (OYS), to rebuff communism, restore profitability to retail brokerage firms, and persuade Americans to lower capital gains taxes. OYS was never aimed at shifting power from the few to the many. Participation in corporate governance was not an objective. Giving small retail shareholders a “sense” of participating in capitalism was enough.

Imagine, instead, if most Americans had a substantive stake, as well as a meaningful voice in corporate governance. Imagine if investing in shares was promoted as a way to participate in financial returns and in voting on what future we want to live in based on each company’s “social purpose,” as Larry Fink of BlackRock has called it. 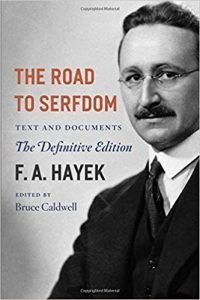