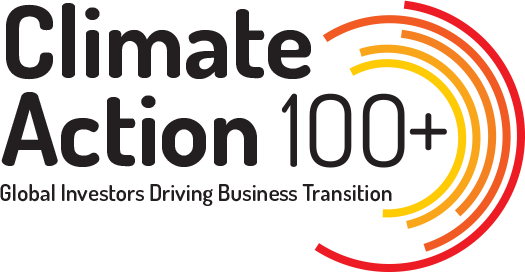 Climate Action 100+ calls for trade association accountability on climate change. 200 institutional investors with a combined $6.5 trillion in assets-under-management are calling on 47 of the largest US publicly traded corporations to align their climate lobbying with the goals of the Paris Agreement. Lobbying activities that are inconsistent with meeting climate goals are an investment risk.

Climate Action 100+ is a five-year Ceres initiative led by investors to engage systemically important greenhouse gas emitters and other companies across the global economy that have significant opportunities to drive the clean energy transition and achieve the goals of the Paris Agreement.

This is an important development, since many companies tell the public they are working to reduce their impact on climate. At the same time, they fund and sometimes work with trade associations attempting to undermine regulatory requirements to achieve that goal.

In letters to each company, the Climate Action 100+ group of investors said they view fulfillment of the Paris Agreement goal — to limit the global average temperature increase to well below 2°Celsius and pursue efforts to hold it at 1.5°Celsius — as an imperative.

We are convinced that unabated climate change will negatively impact our clients, plan beneficiaries, and the value of our portfolios.

The 47 companies are the U.S.-based corporations on the Climate Action 100+ focus list (below). These companies have been identified by investors as some of the largest corporate greenhouse gas emitters or so influential in their industries that they can drive the clean energy transition.

The investors call on the companies to publicly report on how they are meeting a set of Investor Expectations on Corporate Climate Lobbying, which in turn ask companies to establish meaningful governance of their lobbying activities, including full public transparency. Specifically, they ask companies to:

Climate change is one of the greatest risks facing long-term investors. Many companies talk the talk when it comes to building a lower-carbon global economy, but some continue to support agendas and groups that oppose the goals of the Paris Agreement. We need greater transparency and accountability from our portfolio companies. We need to know if they are lobbying — or supporting trade organizations that are lobbying — against the worldwide effort to rein in climate change.

Although many companies have publicly stated support for policies to stem global warming, some companies also finance trade associations that are actively lobbying against those same policies. Investors are concerned about this disconnect and want companies to ensure they’re not financially supporting organizations that contradict essential policy changes that are critical to a just transition to a low-carbon future.

Climate Change has a direct impact on CalPERS’ ability to make prudent long-term investments that provide retirement security to 1.9 million members. We are proud to stand with institutional investors throughout the world, working cooperatively to advocate for business practices that deliver sustainable markets and strong, consistent returns.

With this letter, we hope to bring stronger governance and greater accountability to corporate climate lobbying and to ensure that companies and their trade associations are reading from the same script. When companies say one thing and their trade associations say another, corporate reputations are put at risk. More importantly, these mixed messages threaten our collective ability to avoid catastrophic climate change.

Corporations can and do have tremendous influence in the public policy process and their voices affirming a positive forward direction for laws and regulations may well help break open congressional logjams in D.C. on climate policy debates. Conversely major trade associations too often put short term company interests in front of the public good.

As investors, we can’t allow the companies we invest in to green-wash the public while wagering on climate destruction and regulatory roll-backs in secret. Companies must be held accountable for their words and actions. Lobbying must be transparent, disclosed annually to shareholders, and consistent with the Paris Agreement. Our pensioners and our planet depend on it.

Companies have an important and constructive role to play in enabling policy-makers to close the gap and contribute positively to the long-term value of our investment portfolios.

European investors presented a similar document on expectations on corporate climate lobbying to a large group of European companies last year, and about a dozen companies, including Royal Dutch Shell, BP, Unilever and Equinor, have already committed to these steps.

In the U.S., Congress is considering a number of bills that aim to curtail GHG emissions and climate change. However, federal agencies including the Environmental Protection Agency, the Interior Department, the Department of Energy and the Department of Agriculture have been reviewing and often rolling back climate related regulations.