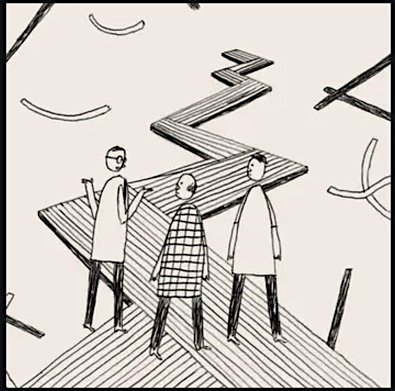 Verbal no-action decisions by the SEC threaten the integrity of corporate governance. On September 6, the Securities and Exchange Commission issued a new policy providing for verbal no-action decisions that could significantly reduce transparency and accountability in the process of enforcement of the rules on shareholder proposals. According to the Shareholder Rights Group, leading investors who file shareholder proposals, the new policy undermines the rights of shareholders and increases uncertainty.

Under a decades-long process utilized by the SEC to review shareholder proposals, companies that wish to exclude a proposal from the proxy statement can file a request for a “no-action decision” by describing their reasons for excluding the proposal. This is usually done by alleging technical or substantive violations of Rule 14a-8. Staff then issues an informal decision, clarifying whether or not the staff agrees with the company’s reasons for exclusion.

If staff concur with the request, the proponent can, but usually does not, seek an appeal or by filing suit in court. If staff is unable to concur, the company has similar options. If a company proceed to exclude a proposal without getting a no-action letter or through court, the company could face enforcement action by the SEC or by the proponent through the courts. Courts generally give great deference to SEC Staff decisions, since they are considered expert in the SEC’s own rules.

This new policy raises significant concerns for all investors, especially those that file shareholder proposals. According to its website, “The SEC protects investors, promotes fairness in the securities markets, and shares information about companies and investment professionals to help investors make informed decisions and invest with confidence.” This new proposal does none of those things.

The new policy lacks the earmarks of good government and transparency because it takes a process that is currently clear to investors and companies and replaces it with one in which informal communications, or even agency silence, may take the place of routine, written decisions.

It also raises the prospect that companies receiving proposals may decide not to put a proposal on the proxy, specifically because the staff declined to say whether or not it views the proposal as complying with the shareholder proposal rules. As such, the staff may in effect be ruling in favor of the company without having to agree that the proposal conflicts with the prescriptive rules governing the process.

Said Danielle Fugere, president of As You Sow, a shareholder advocacy group,

Companies may interpret the SEC’s failure to act as a signal that it will not enforce the law even where companies have illegally failed to print the proposal on their proxy. This could deny shareholders the opportunity to vote on important issues, and in particular, disadvantage the smaller shareholders who lack the resources to take the company to court over such an issue.

It is hard to see how this decision is consistent with SEC Chairman Jay Clayton’s recent focus on protecting Main Street investors. It is the smaller shareholders that most need to use shareholder proposals to engage with their companies and bring their insights to the marketplace of ideas. Yet, depending on how it is implemented, this new practice could limit the viability of the shareholder proposal process to only the largest investors, who can afford to take a company to court if the staff fails to take any position on a proposal.

As noted by Nell Minow, of ValueEdge Advisors, and reported in my post earlier this week (Shareholders v Stakeholders),

Needless to say, since the Code of Hammurabi in ancient Mesopotamia, the idea has been that it is a good thing to have the rules in writing so that everyone knows what they are and they will be consistent. We consider this a poor decision with ominous implications. (SEC to Give Oral No-Action Letters)

Looking back in history, read what happened at Kinetic Concepts in 2011 when they moved to exclude a proposal without a no-action letter. ISS and Glass Lewis both threatened to recommend voting against board members until Kinetic relented.

The SEC’s new guidance indicating we should expect verbal no-action decisions also seemed to encourage parties to take disputes to court. “[A]s has always been the case, the parties may seek formal, binding adjudication on the merits of the issue in court.” Here is what I wrote about that option in 2014 (Shareholder Proposal: Best Response is Not a Lawsuit):

What Gibson Dunn didn’t tell its Harvard CorpGov law blog readers is that in every case decided against me and John Chevedden the courts refused to award costs to the plaintiffs.  In contrast, in every case we won the courts awarded us costs…

Not only is such action an expensive waste of company resources, it fosters bad faith and risks reputations. Multi-billion dollar companies suing mom and pop shareowners because the entrenched board doesn’t want to allow shareowners to vote to ask (not even to require) the board to change the rules so that unopposed directors would be elected by a majority of votes cast, instead of by a single vote. Multi-billion companies suing mom and pop shareowners (their customers) because entrenched boards don’t want to allow shareowners a vote to ask the board to declassify or to end supermajority requirements.

It is no wonder so few retail shareowners even bother to vote.  More and more see owning shares as the equalivant of betting at the races. Companies should want to instill brand loyalty among their customers, pride among employees and a sense of ownership among shareholders. Growth depends more and more on increased knowledge. Companies must be open to input from their employees, customers and owners if they are to succeed.

Throwing up barricades against participation may help some executives remain entrenched in the short-term but open dialogue is a much better long-term strategy.