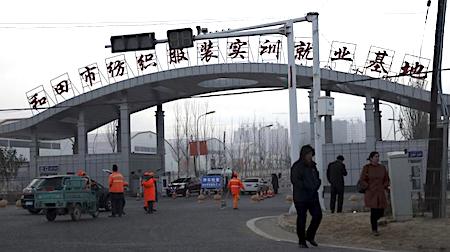 Costco will report on prison labor in its supply chain, such as pajamas from China, making it if the first U.S. company to make a public commitment to disclose known instances. Many thanks to NorthStar Asset Management for negotiating the agreement.

Costco Will Report on Prison Labor on Ongoing Basis

According to NorthStar CEO Julie Goodridge:

Our 2019 proposal on prison labor at Costco garnered nearly 29% of the vote at the annual shareholders’ meeting, sending a strong message to management and was followed by Costco’s initial reporting that summer. But a one-time report does not help shareholders moderate long-term risk, so we applaud Costco’s engagement with us this fall and its commitment to continue its reporting.

NorthStar Asset Management, a socially responsible investment firm known for decades of shareholder activism, began engaging companies on the issue of prison labor nearly three years ago. After NorthStar’s first engagement with the company in 2018, Costco enacted a Global Policy on Prison Labor, mandating certain minimum requirements including a minimum wage and that the work be truly voluntary. Costco first reported on known prison labor in 2019 on its Governance Highlights webpage and has committed to an additional two years of similar reporting, with a pledge to assess opportunities for continuation after that time.

We believe that any company benefiting from the labor of incarcerated workers has a responsibility to ensure health, safety, and proper wages of those workers, but the first step in that safeguarding is simply identifying where prison labor exists in the supply chain. Costco’s commitment to reporting on this issue reduces some of the mystery surrounding prison labor and provides insight into how the company is ensuring fair treatment of the incarcerated workers connected to the company.

After supporting NorthStar’s efforts, I am delighted to learn Costco will report on prison labor not just as a one-off but well into the future. As a shareholder and customer, that makes me feel better about my own relationship with the company. I am glad Costco has agreed to do the right thing and hope others will follow their example.

Costco Will Report on Prison Labor: Prior Coverage

NorthStar Asset Management, Inc. is a wealth management company based in Boston with a focus on socially responsible investing. At NorthStar, creative shareholder engagement is a positive force for change.