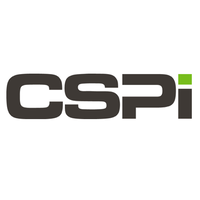 The SEC proposes supposed Modernization of Shareholder Proposal Rules to gag small shareholders. At least for now, we continue to file to make corporate governance more democratic. CSPI is one more example of success and meaningful change driven by the current rights of small shareholders, rights that are currently being threatened.

Resolved: Shareholders hereby request that our Board of Directors initiate the appropriate process as soon as practical to amend our Company’s policies, articles of incorporation and/or bylaws to provide that director nominees shall be elected by the affirmative vote of the majority of votes cast at an annual meeting of shareholders, with a plurality vote standard retained for contested director elections, that is, when the number of director nominees exceeds the number of board seats. This proposal includes that a director who receives less than a majority vote be removed as soon as a replacement director can be qualified on an expedited basis. If such a removed director has key experience, they can transition to being a consultant or a director emeritus.

This will establish a more meaningful vote standard for board nominees and could lead to improved performance. Under our Company’s current voting system, a director can be elected if all shareholders oppose the director but one shareholder votes FOR, even by mistake. More than 90% of the companies in the S&P 500 have adopted majority voting for uncontested elections, as have 69% of the S&P 1500.

The voting guidelines of CalPERS, one of our largest shareholders, includes the following: “In an uncontested director election, a majority of proxies cast should be required to elect a director.”

BlackRock’s proxy voting guidelines include the following: “Majority voting standards assist in ensuring that directors who are not broadly supported by shareholders are not elected to serve as their representatives.”

This proposal should also be seen in the context that shareholders:

Consider also that 25% of shares voted against the advisory item on executive compensation in 2019, even though insiders hold 26% of shares. Our Board is locked into an out-dated governance structure that reduces board accountability to shareholders.

How we elect directors is just one of many needed reforms. Please vote FOR.

The resignation will be considered by the Nominating Committee and acted upon by the Board within 90 days following the certification of the stockholder vote.  Following the Board’s decision, we will promptly publicly disclose the Board’s decision regarding the Director’s offer to resign and if such offer is rejected the rationale behind the decision.

The Director Resignation Policy will be applicable for our next Annual Meeting of Stockholders. The complete policy, titled “Resignation Policy in Connection with Majority Withhold Vote” is available at the Company’s website under Investor Relations, Corporate Governance and Nominating Committee.