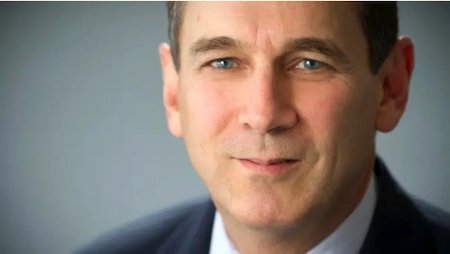 ISS sues SEC is now “old” news, but I was on vacation when they did so on October 30, 2019, and have been busy since then. This post is primarily for my own future reference. Since the action is historically significant, I may want to reference it in the future. This post on CorpGov.net I will easily allow me to find and cite it in the future.

“After careful review of the August guidance, we are deeply concerned that it will be used or interpreted in a way that could impede our ability to deliver our data, research, and analyses in an independent and timely manner,” said ISS President & CEO, Gary Retelny. “We believe litigation to be necessary to prevent the chill of proxy advisers’ protected speech and to ensure the timeliness and independence of the advice that shareholders rely on to make decisions with regards to the governance of their publicly traded portfolio companies.”

ISS and other organizations seeking to ensure shareholders have their rightful voice in the manner by which public companies are governed have expressed a variety of concerns with the August guidance. The net effect of the guidance will be to not only diminish important investor protections but also impair what is now a balanced, independent, transparent, and well-functioning relationship between proxy advisers and their clients that over recent decades has resulted in an efficient and effective system for proxy voting.

Since our founding, ISS has worked with a broad cross-section of stakeholders to provide expert guidance and solutions that help shareholders manage portfolio company governance risk and drive long-term value. Today, institutional investors, who are responsible for safeguarding and growing the retirement savings of tens of millions of Americans, rely on proxy advisory firms like ISS for independent and transparent research, data, and analysis, as well as operational support and workflow management.

The day after the SEC issued what I considered an underground regulation, I wrote: “As a formal regulator and as a person who has privately taken legal action to enforce the APA, this action by the SEC certainly appears to be in violation of that important law.” See my post, Investment Advisers SEC Clarification: Allison Lee.

See also CII letter debunking much of what proponents of proxy adviser reform say about the accuracy of proxy adviser research. Regulators, lawmakers, and journalists should not rely on the so-called research put forth by campaigners of reform. This is in addition to an earlier October 15 CII letter signed by 60 institutional investors that cautions the SEC from advancing the agenda proposed by public companies and their Washington lobbying groups.

Below is an op-ed that appeared in the Financial Times on November 5, 2019.

Why We Are Suing the SEC

The US Securities and Exchange Commission in August issued an interpretation of a law Congress designed for those engaged in the solicitation of a proxy and applied it to the providers of proxy advice.

Today, the SEC is expected to build on that interpretation and propose new rules restricting the provision of proxy advice to institutional investors. This action will impede these investors’ rights to receive timely and independent research on corporate governance matters regarding their public company investments.

Proxy advice is the data, analysis and vote recommendations that investors use to help them fulfil their fiduciary responsibilities and corporate governance oversight of their public stock investments when they vote the shares they own at shareholder meetings.

The changes embodied in the August interpretation and the proposed rulemaking — which is moving forward despite widespread objections to its necessity and legality — will disrupt the system for proxy voting, in place for many years, and likely harm the very investors the SEC is charged with protecting.

The commission’s action will tilt the scales in favour of company management and degrade the important gains in corporate governance achieved since the days of Enron, WorldCom, and the financial crisis. In order to prevent this, Institutional Shareholder Services was left with only one option: to file a lawsuit challenging the interpretation.

The SEC’s so-called proxy adviser reform seems to be driven by a concerted effort by corporate interests and their Washington lobbying groups to tamp down the voice of their shareholders. And the support for this business-backed campaign is simply lacking in truth.

Throughout the course of this debate, much rhetoric and misinformation has taken hold. Public companies, the subjects of proxy adviser research, have long advocated for new rules that will muffle dissent from their shareowners on corporate governance matters.

The problems they cite, for example that proxy advisory reports are rife with errors, are simply not accurate and, critically, have been rightly debunked by the very institutions that pay for proxy advisory services.

It is against this backdrop that we are forced to take legal action to protect the rights of shareholders as well as our independent services to them. Our lawsuit makes clear that the SEC inappropriately altered the regulatory regime applicable to the voting advice provided by proxy advisory firms and that the new interpretation is unlawful.

Specifically, the SEC contends that voting advice provided by proxy firms is a “solicitation” under federal proxy rules. If allowed to stand, the August interpretation would effectively treat the advice proxy advisers provide to their fee-paying clients in the same way that the SEC treats proxy solicitations (meaning the communications, most typically made by the boards and management of public companies, advocating that shareholders vote in support of the position favoured by the person doing the solicitation).

In contrast, proxy advice is a specialised form of investment advice rendered for a fee at the direction, and in the best interest, of our institutional investor clients. As such, proxy advice is the antithesis of a solicitation under the securities laws.

Unlike a person or firm engaged in a proxy solicitation, ISS is indifferent with respect to the ultimate outcome of a shareholder vote and does not seek to achieve a certain result.

Our goal in providing analysis and recommendations is to inform and empower our clients, sophisticated institutional investors, to vote their shares the way they see fit, knowing that they are free to follow our recommendations or not. Because proxy advice is not proxy solicitation, we believe the SEC’s recent interpretation is contrary to law.

ISS does not object to SEC oversight of its activities. Nor does ISS object to transparency. Indeed, ISS has been registered with the SEC as an investment adviser for more than 20 years. In this capacity, ISS has assumed fiduciary duties of care and loyalty to our investor clients; transparency is a hallmark of these duties.

Investors hire us because they know we strive to be unbiased and transparent, and because we provide services that they value and deem to be cost-effective. It speaks volumes that the institutional investors that hire proxy advisers are not the ones calling for new rules.

Even the SEC’s investor advocate unit has cautioned against these actions. The Council of Institutional Investors and others have also called on the SEC to correct its course.

The decision to sue our regulator was not taken lightly, but the stakes are too high. Our lawsuit is designed to protect the balanced and well-functioning relationship between proxy advisers and their clients. This relationship supports an efficient system for proxy voting for the benefit of millions of shareholders who are invested in publicly traded companies.