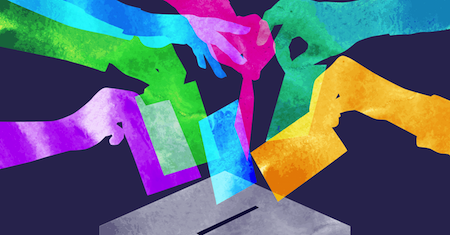 SEC Proposal to Improve Proxy Voting to Have Opposite Effect

SEC proposal to improve proxy voting advice would raise the cost of proxy voting analysis, reduce the number of customers and ultimately reduce shareholders ability to hold public companies accountable. If enacted, control of capital will be further removed from Main Street investors [Mr. and Ms. 401(k)] and entrusted to entrenched managers and boards.

The delays and increased cost of giving corporations more say over the information and recommendations shareholders obtain through direct contract with proxy advisors will most heavily impact smaller institutional investors like churches, endowments, unions, public pensions and purpose driven mutual funds. The Big Four, multi-trillion dollar funds (BlackRock, Vanguard, State Street and Fidelity), will be little impacted because  increased costs will negligible when spread over their ever growing assets.

Many small institutional investors do not utilize proxy advisors at all because of the expense. For example, on Monday I was contacted by an investment advisor asking me to recommend a proxy advice service for a church client. Increased cost, and the SEC again reminding them they do not have to vote each proxy, will encourage small institutional shareholders to take even less responsibility for meeting fiduciary duties around proxy voting.

The Big Four each have their own staff devoted to analyzing proxies. The Big Four frequently contract with corporations to run their 401(k) and other retirement plans. None have ever filed a shareholder proposal but they do vote in favor of proposals generally recognized by industry as best practices after years of shareholder advocacy.

Conflicts of interest impact how big funds vote. A recent analysis conducted for Reuters of the Big Three by shareholder-voting data firm Proxy Insight looked at the 300 worst financially performing companies that held proxy votes in 2018.

BlackRock voted with management 93% of the time, followed by Vanguard at 91% and State Street at 84% during the proxy year ended June 30, 2018. The analysis showed that the three index fund firms supported management at the worst-performing Russell 3000 firms only slightly less often than they did for all companies in the index, regardless of performance.

Another study found the largest, mostly indexed, investors were among those least likely to vote in favor of shareholder proposals aimed at addressing climate change. See Voting Matters: Are Asset Managers Using their Proxy Votes for Climate Action?

The current annual N-PX proxy reporting requirements, promulgated before widespread use of the internet, obfuscate the ability of investors to compare voting records. Compare the sortable voluntary disclosure of Trillium Asset Management, which often includes voting rationale, with the mandated disclosure of the Vanguard Index Trust Total Stock Market Index Fund, which requires a laborious effort to decipher.

A better way for the SEC to improve proxy analysis and advice would be to increase public scrutiny of how funds vote. Driving competition around votes would drive discussion and the demand for more refined analysis. Some shareholders and fund investors may seek better alignment between fund labels and fund voting. Others may want more focus on short-term shareholder returns, regardless of environmental, social or governance impact. See my rulemaking proposal File 4-748, Report of proxy voting record.

The SEC’s proposal to increase costs at proxy advisors is driven entirely by a demand from businesses to grade their own report cards, not by investors who contract for the services provided. Please submit comments to the SEC. These proposed rules are not needed. They would not improve proxy voting advice.