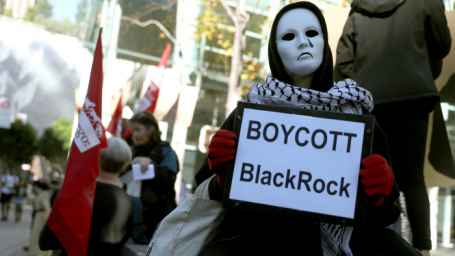 Resolved: Shareowners request that the Board of Directors initiate a review assessing Blackrock’s 2019 proxy voting record and evaluate the Company’s proxy voting policies and guiding criteria related to climate change, including any recommended future changes. A summary report on this review and its findings shall be made available to shareholders and be prepared at reasonable cost, omitting proprietary information.

In 2019 BlackRock supported only six of 52 climate-related resolutions, such as requests for enhanced disclosure of carbon emissions or those calling for an adoption of greenhouse gas reduction goals. This is despite BlackRock’s own research suggesting climate change poses a risk to investment returns. BlackRock’s votes appear inconsistent with their statements.

According to coverage in the Financial Times, BlackRock “engaged with 370 companies globally on a range of environmental topics,” including the business impact of a shift to a lower-carbon economy over the past two years.

“Where companies have not responded to our engagement or where we do not see sufficient progress and attention to climate risk over time, [the] BlackRock investment stewardship [team] continues to vote against directors and, where relevant, for shareholder proposals,” the company said. (Nuns take on BlackRock over climate change, 12/15/2019)

That statement does not comport with the voting record or my conversations with BlackRock representatives over the years who have told me that as long as BlackRock is productively engaged in conversations with a targeted company, they vote against shareholder proposal addressing the topic. Of course, I pointed out to them such a strategy simply encourages companies to string them along. Maybe they have adopted a new strategy? So far, their “ESG” funds are attracting greenwieshers and BlackRock appears to continue to greenwash. More from the FT article:

Al Gore, the former US vice-president, this week said BlackRock had to decide whether it wanted to continue to finance the destruction of human civilisation.

Timothy Smith, director of ESG shareowner engagement at Boston Trust Walden, a US asset manager that co-filed the resolution, said major asset owners, such as pension funds, are pressing their investment managers to vote proactively in support of resolutions seeking climate leadership by companies.

“BlackRock’s proxy climate votes are now becoming part of their ‘report card’ by their clients,” he said.

Resolved: Shareowners request that the Board of Directors initiate a review and issue a report on the proxy voting policies and practices of its subsidiaries related to climate change, prepared at reasonable cost and omitting proprietary information, and including an assessment of any incongruities between the Company’s public statements and pledges regarding climate change (including ESG risk considerations associated with climate change), and the voting policies and practices of its subsidiaries.

Zevin’s proposal goes on to observe that has “Responsible Investment Guidelines,” which acknowledges the importance of climate change risk. The fund family is a member of the Principles for Responsible Investment, a global network of investors and asset owners representing more than $89 trillion in assets. One of the commitments made when signing on to the Principles is to vote conscientiously on ESG issues.

Yet the 2019 publicly reported proxy voting records for TROW’s subsidiaries reveal consistent votes against the vast majority of climate-related shareholder proposals (with support for only 24 percent of such resolutions), such as requests for enhanced disclosure or adoption of greenhouse gas reduction goals, even when independent experts advance a strong business and economic case for support.

James McRitchie of CorpGov.net asks the following of Northern Trust:

Resolved: Shareholders of Northern Trust Corp. (the “Company” or “NTRS”) ask the board of directors (the “Board”) to prepare a report on the feasibility of announcing its proxy votes in advance of annual shareholder meetings in a sortable format on the internet. The requested report should be available to stockholders and investors within six months, unless the Board determines and explains why a reasonable delay is warranted.

As many readers know, I filed a rulemaking petition with the SEC to require that funds file their N-PX reports in real time, with each vote, in machine readable format. This proposal at Northern Trust asks them to report on the feasibility of such a practice. The following is from the supporting statement of my proposal (modified to embed referenced links):

NTRS must currently file an annual report on SEC Form N-PX containing the Company’s proxy voting record. However, N-PX filings are not fit for their intended purpose. Filings do not “enable fund shareholders to monitor their funds’ involvement in the governance activities of portfolio companies.” Filings do not shed light on mutual fund voting to “illuminate potential conflicts of interest and discourage voting that is inconsistent with fund shareholders’ best interests.” They do not enable shareholders to “evaluate how closely fund managers follow their state proxy voting policies, and to react adversely to fund managers who vote inconsistently with these policies.” See Final Rule: Disclosure of Proxy Voting Policies and Proxy Voting Records by Registered Management Investment Companies, Modified September 23, 2003.

Proxy voting data on N-PX filings are displayed in user-unfriendly HTML format. For example, compare the sortable voluntary disclosure of Trillium Asset Management, which often includes voting rationale, with the mandated disclosure by our Company, which requires a laborious effort to decipher.

Real-time proxy voting disclosure by NTRS would allow easy comparison of voting records. It would strengthen corporate governance by facilitating the ability of shareholders and investors in determine if shares are voted in our best interest. Directors could more easily be held accountable to the corporate governance objectives outlined by the SEC in its 2003 rulemaking.

Rapid disclosure and reporting of proxy votes would also foster real dialogue on the issues faced by corporations and investors. Funds would begin to compete not only on the basis of cost and returns but also based on how proxy votes align with the values of Main Street investors and Mr. and Ms. 401(k). By announcing its proxy votes in advance of annual shareholder meetings in a sortable format on the internet our Company might gain a competitive advantage over other funds that vote their proxies less conscientiously.

For more background material on the issues presented above, see SEC File 4-748, Jul. 9, 2019, Request to amendment of Title 17, §270.30b1-4, Report of proxy voting record, Submitted by: James McRitchie, Corporate Governance. For a comparison of fund votes on climate action, see Voting Matters by ShareAction. See a list of some funds currently announcing their proxy votes in advance of annual meetings.

Sunlight is Best Disinfectant for Hypocrisy

Each of these proposals is grounded in the belief that disclosure and reporting of proxy votes would foster real dialogue on the issues faced by corporations and investors. Funds would begin to compete not only on the basis of cost, returns and propaganda but also based on behavior, how proxy votes align with the stated values of the funds and with the values of Main Street investors and Mr. and Ms. 401(k).

While most of the proposals focus quite rightly on the existential climate crisis, my proposal seeks to push funds into reporting all their votes as soon as they are cast in a format that makes comparisons easy. By announcing its proxy votes in advance of annual shareholder meetings in a sortable format on the internet Northern Trust might gain a competitive advantage over other funds that vote their proxies less conscientiously, if investors believe those votes are more concientious.

I hope readers will support all these worthy proposals during the upcoming proxy season. As I write this, many in America are celebrating various holidays and spreading wishes of good cheer. Let us carry that spirit into the new year, as we work for a more salubrious natural, social and governance environment.