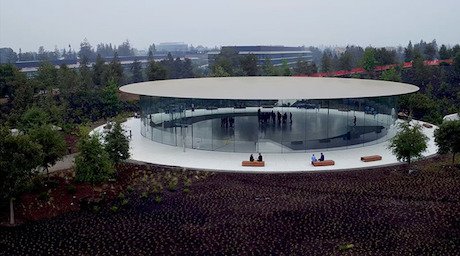 Apple, Inc. (AAPL) designs, manufactures, and markets mobile communication and media devices, and personal computers. It also sells various related software, services, accessories, and third-party digital content and applications. Most shareholders do not vote.  Reading through 70+ pages of the proxy takes too much time. Your vote will make only a small difference but could be crucial. Below, how I voted and why.

If you have read these posts related to my portfolio and proxy proposals for the last 24+ years and trust my judgment, skip the 8 minute read. See how I voted my ballot. Voting will take you only a minute or two. Every vote counts.

From the Yahoo Finance profile: Apple Inc.’s ISS Governance QualityScore as of February 3, 2020 is 1. The pillar scores are Audit: 1; Board: 2; Shareholder Rights: 1; Compensation: 5.

I have no reason to believe the auditor engaged in poor accounting practices or has a conflict of interest. Egan-Jones recommends voting against the auditor if they served for seven years. Independence becomes compromised by that time. Agreed. Ernst & Young has served more than seven years. No other issues appear significant.

Apple’s Summary Compensation Table shows the highest paid named executive officer (NEO) was SVP, General Counsel, and Secretary Kate Adams at $26.7M. I’m using Yahoo! Finance to determine market cap ($1.4T) and I define large-cap as $10B, mid-cap as $2-10B, and small-cap as less than $2B. Apple is a mega-cap company.

According to the ISS Analytics, the median CEO compensation at large-cap corporations was $12.2M in 2018, so pay was well over that amount. Apple shares outperformed the NASDAQ over the most recent one, two and five year time periods by a large amount. The ratio of the annual total compensation of the CEO to the median of the annual total compensation of all employees was 200 to 1, substantially reduced from last year. Yes, I know, Apple is doing great, but paying more than twice for the General Counsel as other large-caps pay for their CEOs? It just seems unreasonable to me.

Egan-Jones Proxy Services recommends a vote for the say-on-pay item.

Given pay far above median and my concern for growing wealth inequality:

This is my proposal (James McRitchie). Apple proposal 4, would raise the number of “Shareholder Nominees” eligible to appear in Apple’s proxy materials from 20% to 20% of the directors then serving or 2, whichever is greater. Apple currently has 8 directors; 20% of 8 rounded down is 1. A single shareholder nominated and elected director could be easily isolated and ineffective, unable to get a second on a motion to discuss important topics.

According to Proxy Access: A Five Year Review, from Sidley, proxy access is now mainstream at S&P 500 companies (76%) and is a majority practice among Russell 1000 companies.

We strongly believe increasing the potential level of Board representation to the greater of two directors and 20% of the Board could have unintended effects that could negatively impact shareholder value, including promoting the use of proxy access to lay the groundwork for effecting a change of control; encouraging the pursuit of special interests at the expense of a holistic, long-term strategic view; or otherwise disrupting the effective functioning of the Board.

Apple has proxy access because I filed proposals. In 2014, my proxy access proposal won 4.3% of the vote. In 2015, we won 39.2%. In 2016, Apple adopted proxy access but with one significant flaw. It only allowed shareholders to nominate only a single candidate.

As I reported to you last year, that leaves 14% with limits similar to Apple. However, most of those companies have 10 or more directors, so the 20% limit would yield at least two proxy access nominees. Only a very small portion, as in the case of Apple are proxy access candidates limited to 1 based on current board size. Last year, I mentioned three example companies: EOG Resources, Arch Coal, and Cabot Oil & Gas. EOG lost 20% of its value last year, Arch Coal lost 30% and Cabot lost 40%. Yes, Apple gained 89%, but should we be modeling the corporate governance of such losers?

Apple claims to be concerned that “special interests” will disrupt the board. What special interest has held $90B of Apple for three years, allowing then to make such a nomination? Proxy access has only been used once in history, that at a small firm named The Joint, with a market cap of less than $250M. Small-caps are where I have seen the most need for shareholders to intervene. However, Apple sets the standards. Other companies can point to Apple’s poor standards and use them as a model because Apple is an otherwise superb company.

If Apple is the only stock you own, maybe you don’t care about the standards is sets. However, if you hold stock in smaller companies, you should care enough to vote FOR.

Egan-Jones also recommends a vote FOR.

Shareholders request the Board Compensation Committee prepare a report assessing the feasibility of integrating sustainability metrics into performance measures, performance goals or vesting conditions that may apply to senior executives under the Company’s compensation incentive plans. Many studies have shown a strong link between the use of sustanability measures and better performance. This is a key meaure to include in executive pay to keep Apple focused on the long-term.

Proposal 6: Report on Freedom of Expression

This proposal is from Sum of Us. It asks for a report on Apple’s policies on freedom of expression and access to information and its commitment to respect freedom of expression as a human right. Apple’s reputation is excellent with regard to privacy, it disabled use of VPN apps in China. A report would be helpful.

Proxy Insight had not reported votes on Apple as of the date of this post. In looking up a few funds on our Shareowner Action Handbook, Australia’s Local Government Superannuation Scheme voted FOR all items.  Trillium voted AGAINST Gore, Jung, Sugar, Wagner, exec pay. FOR all other items.

Matters for inclusion in the proxy materials for the 2021 annual meeting of shareholders, other than nominations of directors, must be received on or before September 5, 2020. All proposals must comply with Rule 14a-8 under the Exchange Act.

Proposals and director nominations must be sent either by mail to Apple’s Secretary at One Apple Park Way, MS: 169-5GC,Cupertino, California 95014, or by email to shareholderproposal@apple.com.

GPW Highlights SEC Blowback
Money and Politics Get a Divorce