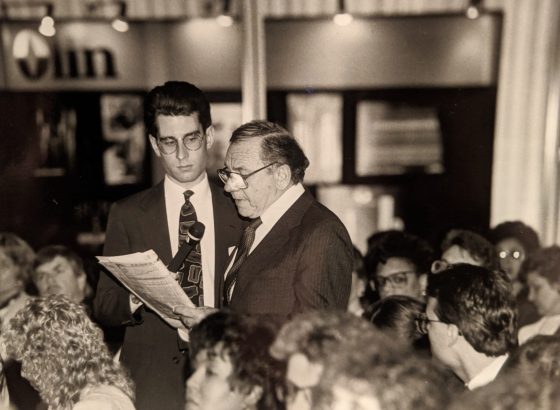 Bill Steiner would have seen the 2020 proxy season as a busy and exciting one for individual shareholder activists. While the SEC considers changes (your comments can still have impact, even if submitted late) to reduce the influence of shareholders, so called “gadflies”  continue to demonstrate leadership, effectiveness and ability to score victories; prompting many companies to make positive change before the proceedings even begin. With the coronavirus obviously keeping most meetings from being held in person (virtual list here) and thereby limiting direct interaction with directors, proposals are still on the ballot, voting has begun in many cases and results will be tallied as in years past.

Corporate governance proposals, many developed by Bill Steiner, continue to score high votes at major corporations. The message has been sent loud and clear that small shareholders have a vital and unique role in catalyzing real, substantive improvements in corporate governance and also ensuring that boards of directors and management are held to account. The small group of individual activists have seen the great majority of no-action requests by companies rejected at the SEC.  In addition many of the submitted proposals have either been adopted entirely by companies or in some cases have been placed on proxy statements as management proposals in somewhat diluted form. All this gives great credence to the legitimacy, importance and economic value added of their combined shareholder initiatives. It has indeed been repeatedly shown in various academic studies that companies with better corporate governance policies outperform the broad stock market over the long term.

One of the most active proponents this year as in many years past is Kenneth Steiner. He originally submitted over fifty shareholder proposals for proxy season 2020. Kenneth is dedicating his especially extensive work this year to the memory of his late father William Steiner, one of the greatest and most historic shareholder activists of all time. Bill passed away at the age of 96. Kenneth remembers his father as the”greatest, most intelligent and honorable man I ever knew.”  With regards to his shareholder activism, Bill set the template for how small stock owners could question management and initiate change at public companies. From the 1970s through the last year of his life he fought for corporate democracy. His attendance at annual meetings was always exciting and meaningful, as he was often the only person to question or criticize various management practices. He scrutinized proxy statements carefully and noticed all that was wrong with the system.  Up until his time, boards of directors had rarely been questioned or challenged about high compensation, conflicts of interest or auditor independence.

Bill taught his son at a young age how to read the proxy statements and annual reports and often took him to annual meetings as a grade schooler. Willam had a sharp mind and a great sense of humor. His appearances at annual meetings were both serious and occasionally theatrical, as he picked apart CEO’s and inept directors. He also made a lot of friends in the corporate governance community and people in the corporate world, including people who occasionally disagreed with him on specifics but respected his sense of fairness and sincerity. Bill was often willing to compromise with corporations.  If they made some progress on corporate governance, he would withdraw his proposal. He never let perfect be the enemy of the good.

In addition Bill was an excellent investor. After selling his successful employment agency in the early 1980’s  he became a full-time stock picker. Using his business savvy and incredible instinct he achieved returns over the rest of his life that far surpassed the market averages. Even though he suffered from deteriorating health during the last five years of his life, he remained alert, with a positive attitude.  He continued his successful run in the market and stayed engaged in corporate governance until the end. His philosophy on corporate governance was that stocks should not be treated as just pieces of paper but as ownership stakes in real businesses.  Over the course of about thirty years he filed several hundred shareholder proposals. He was instrumental via this process in helping correct the imbalance that had long existed between the power wielded by boards and management vs that of the common equity owners.

The above were largely nonexistent practices when he started. All were common place when he finished. Bill was truly one of the most important and influential shareholder activists in American history. He helped usher in a completely new age of corporate democracy. Bill never got paid or took any compensation for any of his efforts. Bill did it all because he believed it was his duty as a good citizen to take an active interest in the betterment of capitalism and public policy.

In the last year of submitting proposals, Bill achieved the following excellent results in 2018:

So, Bill was scoring victories well into his nineties… a remarkable record of accomplishments!

It is in that spirit that his son Ken is dedicated to following his father’s tradition of advocacy and support of good governance. As mentioned above, Ken has submitted over fifty proposals this year (2020)  and has already seen great results from some. Quite a few have already been adopted by management and, therefore, have been withdrawn. These count as big wins for shareholders and validate the importance and usefulness of small stockholder initiatives. It puts the clear weight of evidence against efforts to limit small shareholders from submitting proposals. It exposes as a pathetic lie the argument that new rules are needed to limit these activities because they are detrimental to companies. The overwhelming data indicates the exact opposite is true. For very little cost, great value enhancing changes can be made quickly and efficiently.

More importantly than any material achievements Ken remembers his father most for the great human being he was:

I never met a man with more integrity, courage or joy for life. He had hundreds of friends and no true enemies. He had a great spirit and was generous to a fault. He was a truly unique and great man who is sorely missed by so many, especially his family. I will do my best to carry on his legacy and sustain his example.