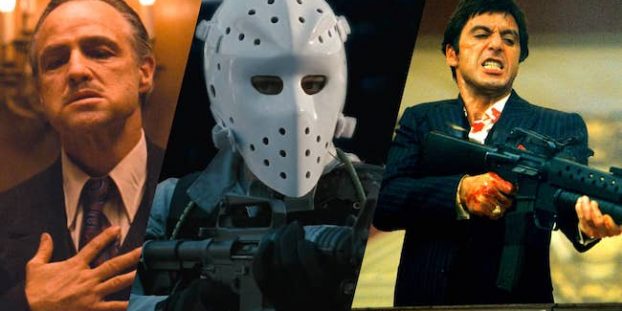 IBM argues shareholders should only be able to remove directors “for cause,” which essentially means for committing crimes. Underperformance for 1, 2, 5 years should not be a reason for removal nor should other measures not involving criminal activity. If IBM were incorporated in Delaware, they would have to provide the right of shareholders to remove directors even if they have not engaged in criminal behavior. This year, I requested several companies incorporated outside Delaware to allow removal of directors without cause. IBM was the only company to refuse the request.

International Business Machines Corporation (IBM), operates as an integrated solutions and services company worldwide. Reading through 90 pages of the proxy takes too much time. Your vote could be crucial. Below, how I voted and why.

I voted with the Board’s recommendations 37% of the time. View Proxy Statement via SEC’s EDGAR system (look for DEF 14A).

From the Yahoo Finance profile: International Business Machines Corporation’s ISS Governance QualityScore as of December 4, 2019 is 6. The pillar scores are Audit: 1; Board: 6; Shareholder Rights: 3; Compensation: 9. Corporate governance scores courtesy of Institutional Shareholder Services (ISS). Scores indicate decile rank relative to index or region. A decile score of 1 indicates lower governance risk, while a 10 indicates higher governance risk. We need to pay close attention to Shareholder Rights and the Board. Sustainability scores are about average.

Egan-Jones Proxy Services recommends Against Michael L. Eskew, Andrew N. Liveris, Alex Gorsky, Martha E. Pollack, Joseph R. Swedish, Virginia M. Rometty, and Sidney Taurel. These directors have served for 10 years or more and so are no longer independent, or are in the compensation committee and must be held accountable for poor practices. Virginia Rometty should not be CEO and Board Chair, and has failed to adequately address cybersecurity issues,  according to Egan-Jones’ Proxy Guidelines.

IBM 2020 Summary Compensation Table shows the highest paid named executive officer (NEO) was CEO/Chair Virginia M. Rometty at $20M. I’m using Yahoo! Finance to determine market cap ($94B) and I define large-cap as $10B, mid-cap as $2-10B, and small-cap as less than $2B. IBM is a large-cap company.

Egan-Jones Proxy Services recommends against the pay package. Given poor relative performance, higher than median pay and a high pay ratio, I voted against.

This good governance proposal, which allows shareholders to remove directors without cause, comes from me. Of course I voted FOR. E-G also recommends FOR. Demonstrating cause, if required to remove directors as is the case at IBM, is next to impossible absent a clear showing of illegal or wrongful conduct.

In Delaware, where many corporations are incorporated, shareholders have the right to remove annually elected directors without cause by a majority vote of the outstanding shares. Specifically, Section 141(k) of the Delaware General Corporation Law provides that “any director or the entire board of directors may be removed, with or without cause, by the holders of a majority of the shares then entitled to vote at an election of directors,” subject to exceptions that only apply to corporations with classified boards or cumulative voting. As a result, shareholders of Delaware corporations are capable of exerting some degree of pressure on annually elected boards with their ability to seek to remove directors, without the need to show cause, especially if they are also permitted to call special meetings or take action by written consent for such purpose.

IBM allows shareholders to call special emergency meetings. The typical reason for doing to is to remove and replace members of the Board. Delaware law requires such rights for companies, like IBM, that have declassified their Board. Other companies where I submitted this measure, simply agreed to implement the proposal (State Street, S&P Global, Johnson & Johnson). I was very surprized to see IBM simply oppose without even discussing it with me. Egan-Jones recommends FOR.

This good governance proposal comes from well known shareholder advocate John Chevedden. Many boards and investors assume a false equivalency between rights of written consent and special meetings. However, any shareholder, regardless how many (or few) shares she owns, can seek to solicit written consents on a proposal.

This good governance proposal comes from well known shareholder advocate Kenneth Steiner. The roles of Chairman of the Board and CEO are fundamentally different and should not be held by the same person. There should be a clear division of responsibilities between these positions to insure a balance of power and authority on the Board. E-J believes “there is an inherent potentional conflict in having an Inside director serve as the Chairman of the board.” They recommend FOR.

Proxy Insight had recorded the following votes in advance of the meeting when I last checked:

They may have updated by the time I post this. Looking up other funds announcing votes in advance, NYC Pensions voted FOR all items except Michael L. Eskew, who they voted AGAINST.

Stockholder proposals may be submitted for IBM’s 2021 proxy material after the 2020 Annual Meeting and must be received at our corporate headquarters no later than November 9, 2020. Proposals should be sent via registered, certified or express mail to: Office of the Secretary, International Business Machines Corporation, 1 New Orchard Road, Mail Drop 301, Armonk, NY 10504.

One Response to IBM 2020: Removal Only “For Cause”