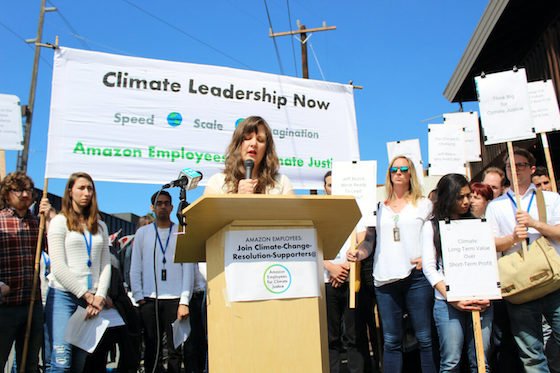 Amazon 2020 annual meeting is 5/27/2020 at 9AM Pacific virtually by entering the eligible shareholder’s 16-digit control number found on the proxy card. To enhance long-term value: Vote AGAINST Ryder. Auditor, Pay, 25% threshold, Viewpoint. Vote FOR all shareholder proposals except #12.  See list of all virtual-only meetings maintained by ISS.

Amazon, engages in the retail sale of consumer products and subscriptions in North America and internationally. The company operates through three segments: North America, International, and Amazon Web Services (AWS).  Reading through almost 100 pages of the proxy takes too much time for most. Your vote could be crucial. Below, how I voted and why.

If you have read these posts related to my portfolio and proxy proposals for the last 24 years and trust my judgment, skip the 14 minute read. See how I voted in my ballot. Voting will take you only a minute or two. Every vote counts.

I voted with the Board’s recommendations 40% of the time. View Proxy Statement via SEC’s EDGAR system (look for DEF 14A).

From the Yahoo Finance profile: Amazon.com, Inc.’s ISS Governance QualityScore as of December 5, 2019 is 7. The pillar scores are Audit: 1; Board: 10; Shareholder Rights: 2; Compensation: 9.Corporate governance scores courtesy of Institutional Shareholder Services (ISS). Scores indicate decile rank relative to index or region. A decile score of 1 indicates lower governance risk, while a 10 indicates higher governance risk. We need to pay close attention to the board and compensation.

Egan-Jones Proxy Services recommends Against 1H) Thomas O. Ryder who has served for 10 years or more, so should no longer be considered independent nor should he serve on compensation, audit or nominating committees.

Amazon 2020 Summary Compensation Table shows the highest paid named executive officer (NEO) was SVP Jeffrey M. Blackburn at $57.8M. I’m using Yahoo! Finance to determine market cap ($1.2T) and I define large-cap as $10B, mid-cap as $2-10B, and small-cap as less than $2B. Amazon is a mega-cap company.

Given the far above median pay and my general concerns about inequality, I voted AGAINST.

The Board is proposing to lower the threshold for shareholders to call a special meeting from 30% to 25% of shares. This is in response to my proposal to reduce the threshold to 20%. See #14 below. E-J recommends For. I am voting Against, in hope that, against all historical precedent, more votes will be cast for #14 than #4.

5. Report on Management of Food Waste

JLens Investor Network seeks a report on the environmental and social impacts of food waste generated from the company’s operations. E-J recommends Against, since Amazon’s Whole Foods is already doing a better job than most of its competitors in this area. A report costs very little and could be helpful in determining next steps. Vote For.

6. Report on Customers’ Use of its Surveillance and Computer Vision Products or Cloud-Based Services

E-J shares Amazon’s belief that governments should work quickly to put in place a regulatory framework for facial recognition technology to ensure it is used appropriately, so recomends Against. I think the requested report would aid such efforts, so voted FOR.

7. Report on Potential Human Rights Impacts of Customers’ Use of Rekognition

John Harrington requests independent study of Rekognition and report to shareholders regarding threats to privacy/civil rights, use by authoritarian governments, good will and financial risks. Similar to the proposal above. E-J recommends Against for same reasons. Facial recognition can be used for good or bad, so I endorse.

Nathan Cummings Foundation ask for a report on efforts to address hate speech and the sale or promotion of offensive products throughout its businesses. E-J recommends Against for similar reasons as proposals above. I endorse.

This good governance proposal comes from the AFL-CIO Reserve Fund. I voted FOR. An independent Chairman is best positioned to build up the oversight capabilities of our directors while our CEO addresses the challenging day-to-day issues facing the company. The roles of Chairman of the Board and CEO are fundamentally different and should not be held by the same person. There should be a clear division of responsibilities between these positions to insure a balance of power and authority on the Board.Many boards and investors assume a false equivalency between rights of written consent and special meetings. However, any shareholder, regardless how many (or few) shares she owns, can seek to solicit written consents on a proposal.

We believe that disclosure of gender pay gap is material to shareholders as this would provide a valuable additional metric for evaluating and voting on executive compensation practices and Say-on-Pay proxy proposals.

11. Report on Reducing Environmental and Health Harms to Communities of Color

A long list of individuals request a report, describing efforts, above and beyond legal and regulatory compliance, to identify and reduce disproportionate environmental and health harms to communities of color, associated with past, present and future pollution from its delivery logistics and other operations.

E-J recommends Against, since the “proposal will duplicate its efforts that are already in place.” If that is the case, the cost of the requested report will be minimal. Vote For.

The National Center for Public Policy Research (Amy Ridenour and David A. Ridenour) requests a report, at reasonable cost and omitting proprietary information, evaluating the range of risks and costs associated with discriminating against different social, political, and religious viewpoints. These are the same people who have been trying to get a proposal through at Apple to identify the “ideology” of each director.

E-J recommends For, since “there is increasing recognition that company risks related to discrimination can adversely affect shareholder value.” I see it as aimed at furthering a right-wing agenda. Vote Against.

E-J recommends Against, “given Amazon’s commitment to diversity and inclusion and the efforts to bring more women and minorities into leadership positions, we believe that approval of this proposal will duplicate its efforts that are already in place.” Again, if that is the case, the cost of the requested report will be minimal. Vote For.

James McRitchie requests the Board give holders with an aggregate of 20% net long of our outstanding common stock the power to call a special shareowner meeting, instead of the current requirement of 30%.

E-J recommends Against, “We do not believe it is appropriate to enable holders of below 25% of the common stock to have an unlimited ability to call special meetings for any purpose at any time.”

In response to my proposal, the Board seeks to reduce the threshold from 30% to 25% in proposal #4. That threshold would still among the highest levels required, especially considering the size of Amazon.

Many companies have a threshold as low as 10%. Getting 30% of shareholders to agree to a meeting under urgent circumstances would be too difficult, as would 25%. The requested 20% is a reasonable compromise.

I ask that you vote Against proposal #4 and FOR proposal #14. Reduce the special meeting threshold to 20%.

Oxfam America and co-filers Sisters of St. Francis Charitable Trust, Zevin Asset Management LLC on behalf of the Phyllis Ewen Trust, and Warren Wilson College request a Human Rights Impact Assessment, examining the actual and potential impacts of one or more high-risk products sold by Amazon or its subsidiaries.

E-J endorses, “We believe that the adoption of a more comprehensive human rights policy, coupled with implementation, enforcement, independent monitoring, and transparent, comprehensive reporting will assure shareholders of the Company’s global leadership.”

E-J believes “the proposal seeks unnecessary line-item disclosure of lobbying expenditures. We believe that the requested report is unnecessary and would require expenditures and the use of Company resources without providing any meaningful benefit to the shareholders.”

This is a standard language proposal, similar to many aimed at fulfilling the disclosure intent of Supreme Court decision in Citizens United, which assumed shareholders would be able to monitor lobbying and political disclosures. However, such expenditures are not disclosed. There can be no accountability without such disclosures.

Proxy Insight reported no votes in advance of the meeting as of when I last checked but may have by the time you read this.

Looking up a few funds announcing votes in advance, NYC Pensions voted AGAINST Ryder, #4 Special Meetings, #10 Gender/Pay Gap, #12 Viewpoint. They voted FOR everything else, including #14 Special Meetings. I was delighted to see that vote against #12 and for #14. Trillium voted Against all directors, Executive Pay and #12 Viewpoint. Calvert voted For all items except #9 independent chair and #12 so-called Viewpoint Discrimination report.

To be considered for inclusion in the proxy statement and proxy card for the 2021 Annual Meeting, proposals of shareholders pursuant to Rule 14a-8under the Securities Exchange Act of 1934 and shareholder director nominations pursuant to the proxy access provisions of the Bylaws must be submitted in writing to the Corporate Secretary of Amazon. com, Inc., at the address of our principal offices (see “General” on page 1 of this Proxy Statement), and must be received no later than 6:00 p.m., Pacific Time, on Thursday, December 17, 2020 and, in the case of a proxy access nomination, no earlier than Tuesday, November 17, 2020. The submission of a shareholder proposal or proxy access nomination does not guarantee that it will be included in our proxy statement.