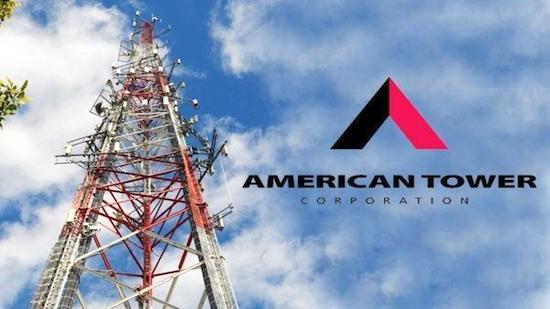 American Tower 2020 virtual annual meeting is 5/18/2020 at 9AM Pacific.  I am not sure if shareholders will be able to vote online during the meeting. To enhance long-term value: Vote AGAINST Dolan, Sharbutt, Auditor and Executive Pay. Vote FOR Political Contributions Report, Special Meetings. See list of all virtual-only meetings maintained by ISS.

American Tower, one of the largest global REITs, is a leading independent owner, operator and developer of multitenant communications real estate with a portfolio of approximately 180,000 communications sites.

Reading through 100 pages of the proxy takes too much time for most. Your vote could be crucial. Below, how I voted and why.

I voted with the Board’s recommendations 60% of the time. View Proxy Statement via SEC’s EDGAR system (look for DEF 14A).

From the Yahoo Finance profile: American Tower Corporation (REIT)’s ISS Governance QualityScore as of December 5, 2019 is 2. The pillar scores are Audit: 1; Board: 2; Shareholder Rights: 2; Compensation: 7.

Egan-Jones Proxy Services recommends Against (1B) RAYMOND P DOLAN AND (1I) DAVID E SHARBUTT. Both have served for 10 years or more, so should no longer be considered independent nor should they serve on compensation, audit or nominating committees.

I have no reason to believe the auditor engaged in poor accounting practices or has a conflict of interest. Egan-Jones recommends voting against the auditor if they served for seven years. Independence becomes compromised by that time. Deloitte & Touche, LLP has served more than seven years. No other issues appear significant. They voted AGAINST the auditor.

American Tower 2020 Summary Compensation Table shows the highest paid named executive officer (NEO) was CEO/Chair James D. Taiclet at $18.1M. I’m using Yahoo! Finance to determine market cap ($102B) and I define large-cap as $10B, mid-cap as $2-10B, and small-cap as less than $2B. American Tower is a large-cap company.

Given much higher than median pay and my general concerns about inequality, I voted AGAINST.

This is a standard shareholder proposal from my wife and I (Myra Young and James McRitchie) seeking American disclose its political contributions. The proponent is not disclosed in the proxy but the proposal looks like many that I have submitted with guidance from the Center for Political Accountability.

Disclosure is in the best interest of the company and its shareholders. The Supreme Court recognized this in its 2010 Citizens United decision, which said,

Relying on publicly available data does not provide a complete picture of the Company’s electoral spending. For example, American Tower’s payments to trade associations that may be used for election-related activities are undisclosed and unknown. This proposal asks NextEra to disclose all of its electoral spending, including payments to trade associations and other tax-exempt organizations, which may be used for electoral purposes. This would bring it in line with a growing number of leading companies, including MasterCard Inc., Intuit Inc., and Salesforce.com, Inc., which present this information on their websites.

Proposals on this topic at Alliant Energy and Cognizant Technology Solutions passed last year, despite board opposition. This year, shareholders of Centene Corporation, J.B. Hunt Transport Services, and Western Union have also passed similar proposals. E-J recommends Against, since it is “unnecessary and will not result in any additional benefit to the shareholders.” I disagree.

This proposal from John Chevedden. Shareowners ask our board to take the steps necessary (unilaterally if possible) to amend our bylaws and each appropriate governing document to give holders in the aggregate of 10% of our outstanding common stock the power to call a special shareholder meeting.

Currently, shareholders with 25% of shares have the right to call a special meeting but even that high figure is misleading, since all shares in that count must have been held for at least one continuous year

This measure is especially important at American Tower, since two directors have served more than 10 years and may no longer be considered independent.

Proxy Insight had not reported any votes in advance of the meeting as of when I last checked.

Looking up a few funds announcing votes in advance, NY City Comptroller voted FOR all items. Trillium voted voted FOR the auditor and the two shareholder proposals. They voted AGAINST all other items.

Pursuant to Rule 14a-8 of the Exchange Act, we must receive any stockholder proposal intended to be presented at our 2021 Annual Meeting of Stockholders by no later than December 8, 2020, if it is to be included in the proxy statement and form of proxy relating to the meeting. Any such proposal must also comply with the other requirements of Rule 14a-8.