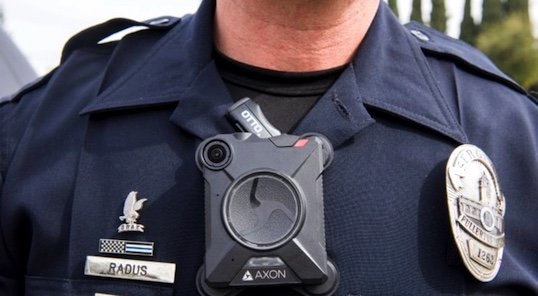 Axon Enterprise 2020 annual meeting is 5/29/2020 at 10AM Pacific virtually by entering the eligible shareholder’s 16-digit control number found on the proxy card. To enhance long-term value: Vote AGAINST Kroll, Smith, Pay, Auditor. Vote FOR 4A&B Amendments, and Annual Election of Directors.  See list of all virtual-only meetings maintained by ISS. Vote by 5/28 online or miss your chance to improve Axon.

Axon Enterprise, Inc. develops, manufactures, and sells conducted energy weapons (CEWs) worldwide. The company operates through two segments, TASER and Software and Sensors Reading through 60 pages of the proxy takes too much time for most. Your vote could be crucial. Below, how I voted and why.

I voted with the Board’s recommendations 38.5% of the time. View Proxy Statement via SEC’s EDGAR system (look for DEF 14A).

From the Yahoo Finance profile: Axon Enterprise, Inc.’s ISS Governance QualityScore as of December 5, 2019 is 6. The pillar scores are Audit: 5; Board: 3; Shareholder Rights: 7; Compensation: 8.

Egan-Jones Proxy Services recommends For all directors. Both Kroll and Smith have served for 10 years or more, so should no longer be considered independent nor should they serve on compensation, audit or nominating committees. I am voting WITHHOLD against both.

Given the above median pay, mixed performance and my general concerns about inequality, I voted AGAINST.

My (James McRitchie) proposal last year to eliminate supermajority provisions won 96.6% of the vote. The Board is following up with two proposals to accomplish that goal. Will they do more this year to encourage shareholders to vote in favor?

Egan-Jones recommends For: “Voting, a simple majority standard will give the shareholders equal and fair representation in the Company by limiting the power of shareholders who own a large stake in the entity, therefore, paving way for a more meaningful voting outcome.”

This good governance proposal from me (James McRitchie) asks that our Company reorganize the Board of Directors into one class with each director subject to election each year for a one-year term.

Almost 90% of S&P 500 and Fortune 500 companies, worth more than One trillion dollars have adopted this important proposal topic since 2012. Annual elections are widely viewed as a corporate governance best practice. Annual election of each director could make directors more accountable, and thereby contribute to improved performance and increased company value.

Adoption of this proposal would be facilitated by adoption of proposals that won strong support at the 2019 Axon Enterprise annual meeting: move to a simple majority vote standard, shareholder which won 96.6% support; and annual election of directors, which won 98% support.

Egan-Jones recommends For: “It is intuitive that when directors are accountable for their actions, they perform better. We therefore prefer that the entire board of a company be elected annually to provide appropriate responsiveness to shareholders.”

Proxy Insight reported no votes as of when I last checked, but may have updated by the time I post this. Looking up a few funds announcing votes in advance, NYC Pensions voted FOR all items except except Executive Pay. Calvert voted For all items.

To be eligible for inclusion in the Company’s proxy materials for the 2021 Annual Meeting of Shareholders, a proposal intended to be presented by a shareholder for action at that meeting must, in addition to complying with the shareholder eligibility and other requirements of the SEC’s rules governing such proposals, be received not later than December 24, 2020 by the Corporate Secretary of the Company at the Company’s principal executive offices, 17800 North 85th Street, Scottsdale, Arizona 85255.

I started my remarks with “Broadridge, Zoom and Slido, wow. I haven’t seen any other companies using so many formats at once.” Link to Q&A on Slido.