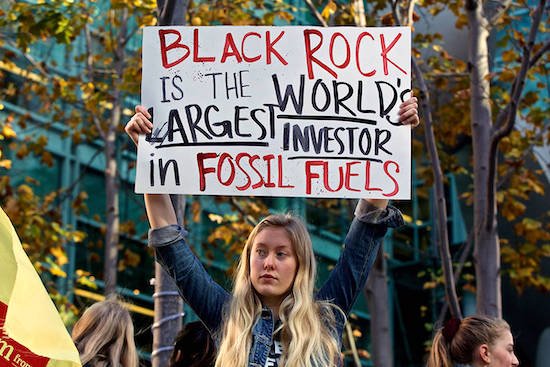 BlackRock, Inc. is a publicly owned investment manager. The firm primarily provides its services to institutional, intermediary, and individual investors including corporate, public, union, and industry pension plans, insurance companies, third-party mutual funds, endowments, public institutions, governments, foundations, charities, sovereign wealth funds, corporations, official institutions, and banks. Reading through 100 pages of the proxy takes too much time for most. Your vote could be crucial. Below, how I voted and why.

I voted with the Board’s recommendations 50% of the time. View Proxy Statement via SEC’s EDGAR system (search DEF 14A in Filing Type).

From the Yahoo Finance profile: BlackRock, Inc.’s ISS Governance QualityScore as of December 5, 2019 is 4. The pillar scores are Audit: 1; Board: 4; Shareholder Rights: 5; Compensation: 6.

Egan-Jones Proxy Services recommends Against (withhold) 1E) Jessica P. Einhorn, 1G) William E. Ford, 1I) Murry S. Gerber, 1J) Margaret L. Johnson, 1L) Cheryl D. Mills, 1M) Gordon M. Nixon, and 1O) Marco Antonio Slim Domit. Mr. Gerber has served for 10 years or more, so should no longer be considered independent nor should he serve on compensation, audit or nominating committees. The other directors recommended against are on the compensation committee and should be held accountable for poor long-term incentives for CEO pay.

BlackRock 2020 Summary Compensation Table shows the highest paid named executive officer (NEO) was CEO/Chair Laurence D. Fink at $24.3M. I’m using Yahoo! Finance to determine market cap ($70.5B) and I define large-cap as $10B, mid-cap as $2-10B, and small-cap as less than $2B. BlackRock is a large-cap company.

Given far above median pay, underperformance and my general concerns about inequality, I voted AGAINST.

This proposal was submitted by Trio Foundation, represented by As You Sow, and is co-sponsored by Chela Blitt and James McRitchie, the publisher of CorpGov.net. The proposal requests a report based on how our BlackRock’s governance and management systems should be altered to fully implement the BRT Statement of the Purpose of a Corporation, signed by Larry Fink.

Mr. Fink talks the good talk, but BlackRock does not walk the walk. BlackRock says it favors addressing ESG issues. Unfortunately, it has the highest ratio of coal investments among the ten largest fund managers. It also has among the poorest voting record on ESG issues. BlackRock is taking advantage of investor greenwisher by greenwashing its statements.

If investors knew how BlackRock votes, there would be Mutual Fund Wars Over Fees AND Proxy Votes. I helped file this proposal, aimed at exposing BlackRock’s hypocrisy. If BlackRock writes the requested reports, its customers will demand changes.

This is a new proposal; Egan-Jones recommends Against. However, it just may be the most important proposal to vote FOR this season, since changing BlackRock could just change the industry.

Proxy Insight reported the following as of when I last checked. They may have updated by the time I post this.

Looking up a few funds announcing votes in advance, NYC Pensions voted FOR all items except Mae C. Jemison and Sherilyn S. McCoy. I wish they posted the reasons.

Shareholders who wish to present proposals for inclusion in the proxy materials to be distributed by us in connection with our 2021 Annual Meeting of Shareholders must submit their proposals to BlackRock’s Corporate Secretary on or before December 10, 2020.