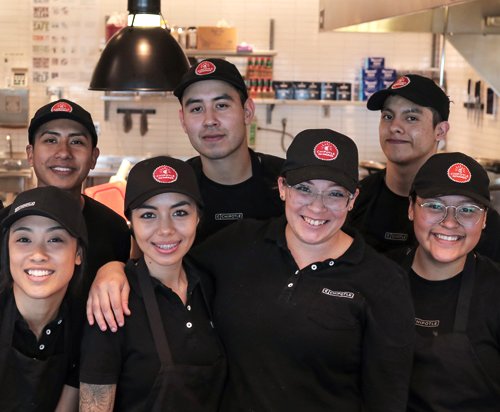 Chipotle 2020 annual meeting is 5/19/2020 at 8AM Pacific virtually by entering the eligible shareholder’s 16-digit control number found on the proxy card. To enhance long-term value: Vote AGAINST Baldocchi, Niccol and Flanzraich, Auditor, Pay. Vote FOR Retention of Shares, Independent Chair, Report on Arbitration and Written Consent.  See list of all virtual-only meetings maintained by ISS.

If you have read these posts related to my portfolio and proxy proposals for the last 25 years and trust my judgment, skip the 9 minute read. See how I voted in my ballot. Voting will take you only a minute or two. Every vote counts.

I voted with the Board’s recommendations 31% of the time. View Proxy Statement via SEC’s EDGAR system (look for DEF 14A).

Egan-Jones Proxy Services recommends Against (Withhold) Albert S. Baldocchi, Brian R. Niccol and Neil W. Flanzraich. Baldocchi and Flanzraich should not be considered independent, since they have served for 10 years or more, so should no longer be considered independent nor should they serve on compensation, audit or nominating committees. Brian R. Niccol is the CEO/Chair, so should be held responsible for poor cybersecurity at Chipotle, an overall score of D.

Chipotle 2020 Summary Compensation Table shows the highest paid named executive officer (NEO) was CEO/Chair Brian Niccol at $16.1M. I’m using Yahoo! Finance to determine market cap ($25.8B) and I define large-cap as $10B, mid-cap as $2-10B, and small-cap as less than $2B. Union Pacific is a large-cap company.

We believe that the Company’s compensation policies and procedures are centered on a competitive pay-for-performance culture, strongly aligned with the long-term interest of its shareholders and necessary to attract and retain experienced, highly qualified executives critical to the Company’s long-term success and the enhancement of shareholder value

Given the above median pay, very high pay ratio and my general concerns about inequality, I voted AGAINST.

This good governance policy comes from the Comptroller of the City of New York. It requests Chipotle to disclose if, and how, it seeks to require that senior executives retain a significant percentage of shares acquired through equity compensation programs until reaching normal retirement age. Deferring a substantial amount of pay until retirement will help avoid decisions that bump up share price temporarily but end up being costly in the long run. Egan-Jones also recommends For.

This good governance proposal comes from SEIU. I voted FOR. An independent Chairman is best positioned to build up the oversight capabilities of our directors while our CEO addresses the challenging day-to-day issues facing the company. The roles of Chairman of the Board and CEO are fundamentally different and should not be held by the same person. There should be a clear division of responsibilities between these positions to insure a balance of power and authority on the Board.

SEIU cites academic studies that found five-year shareholder returns at companies that separated the CEO and chair roles also outperformed companies with a unified structure by 28%, as well as other advantages.

We believe that there is an inherent potential conflict, in having an Inside director serve as the Chairman of the board. Consequently, we prefer that companies separate the roles of the Chairman and CEO and that the Chairman be independent to further ensure board independence and accountability.

This proposal comes from the Comptroller of the State of New York. Mandatory arbitration precludes employees from suing in court for wrongs like wage theft, discrimination and harassment, and requires them to submit to private arbitration, which has been found to favor companies and discourage claims. Sexual harassment is an urgent concern.

This makes sense to me. Egan-Jones agrees since it “would allow shareholders to assess the risks posed by the use of mandatory arbitration of employment-related claims.”

7. Right to Act by Written Consent

This proposal from me (James McRitchie), since having the right to act by written consent would allow shareholders to take emergency action before an annual meeting.

Proxy Insight had not reported any votes in advance of the meeting when I last checked but may have updated by the time I post this.