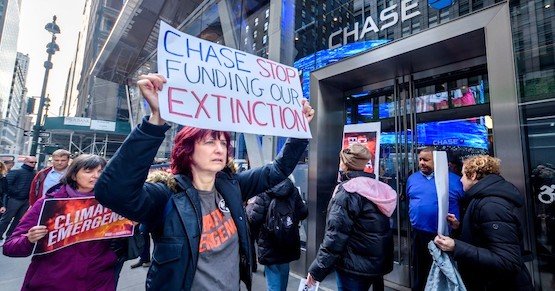 JPMorgan 2020 annual meeting is 5/19/2020 at 7AM Pacific virtually. Presumably we will be able to vote by entering our 16-digit control number found on the proxy card. To enhance long-term value: Vote AGAINST Burke, Pay, Auditor, #8. Vote FOR other directors, other shareholder proposals.  See list of all virtual-only meetings maintained by ISS.

JPMorgan Chase & Co. operates as a financial services company worldwide. It operates in four segments: Consumer & Community Banking (CCB), Corporate & Investment Bank (CIB), Commercial Banking (CB), and Asset & Wealth Management (AWM).  Reading through more than 100 pages of the proxy takes too much time for most. However, your vote could be crucial. Below, how I voted and why.

If you have read these posts related to my portfolio and proxy proposals for the last 24 years and trust my judgment, skip the 10 minute read. See how I voted in my ballot. Voting will take you only a minute or two. Every vote counts.

I voted with the Board’s recommendations 56% of the time. View Proxy Statement via SEC’s EDGAR system (look for DEF 14A).

Egan-Jones Proxy Services recommends AGAINST 1B) STEPHEN B BURKE. According to Egan-Jones’ Proxy Guidelines a director whose tenure on the Board is 10 years or more is considered affiliated, except for diverse nominees. Board committees namely Audit, Compensation and Nominating committees should be comprised solely of Independent outside directors for sound corporate governance practice.

Vote: AGAINST 1B) STEPHEN B BURKE

JPMorgan 2020 Summary Compensation Table shows the highest paid named executive officer (NEO) was CEO/Chair James Dimon at $31.6M. I’m using Yahoo! Finance to determine market cap ($282B) and I define large-cap as $10B, mid-cap as $2-10B, and small-cap as less than $2B. JPMorgan is a large-cap company.

Sorry, given far above median pay, poor relative performance, high pay ratio, and my general concerns about inequality, I voted AGAINST.

This good governance proposal comes from Kenneth Steiner. I voted FOR. An independent Chairman is best positioned to build up the oversight capabilities of our directors while our CEO addresses the challenging day-to-day issues facing the company. The roles of Chairman of the Board and CEO are fundamentally different and should not be held by the same person. There should be a clear division of responsibilities between these positions to insure a balance of power and authority on the Board.

We believe that there is an inherent potential conflict, in having an Inside director serve as the Chairman of the board. Consequently, we prefer that companies separate the roles of the Chairman and CEO and that the Chairman be independent to further ensure board independence and accountability.

5. Shareholder Proposal: Oil and Gas Company And Project Financing Related to the Arctic and The Canadian Oil Sands

This proposal comes from Trillium Asset Management LLC, as agent for Oneida Trust Minors. Shareholders request the Board issue a report describing how JPMorgan plans to respond to rising reputational risks related to involvement in Canadian oil sands production, oil sands pipeline companies, and Arctic oil and gas exploration and production. That seems reasonable to me.

Egan-Jones believes the report requested by the proponent would not be a good use of company resources, so recommends against.

Since the reputational risk is great compared to the cost of the report, I voted FOR.

As You Sow, on behalf of Brian Patrick Kariger Revocable Trust, submitted this proposal. I also signed onto this proposal. We request a report outlining if and how JPMorgan intends to reduce the GHG emissions associated with its lending activities in alignment with the Paris Agreement’s goal of maintaining global temperature rise below 1.5 degrees Celsius. As the largest source of fossil fuel financing globally, JPMorgan contributes significantly to global climate change. That funding creates systemic portfolio risks.

Acknowledging climate change as an inevitable factor, and recognizing the need to adapt, involves bold decisions by business. Therefore, we believe that companies should review how climate change impacts the economy and portfolio companies and evaluate how shareholder resolutions on climate change may impact long-term shareholder value as it votes proxies.

From the proposal: “Recently, 215 global companies reported almost $1 trillion at risk from climate impacts, with many likely to occur within five years.” There is no time to delay.

This good governance proposal from John Chevedden seeks to remove a current hurdle JPMorgan included in its bylaws to begin the process of collecting written consents. To do so, currently requires agreement from shareholders holding 20% of shares, contrasted with no such requirement at other companies.

Egan-Jones recommends voting FOR and writes:

We believe that enabling to fix a record date will make the right to act by written consent more meaningful… we determined that the proposed resolution contemplated thereby is advisable, substantively and procedurally fair to, and in the best interests of Company and its shareholders.

Thomas Strobhar submitted this proposal which requests the Board disclose on the Company website any recipient which receives $1,000 or more of direct contributions, excluding employee matching gifts. Strobhar is the chairman of Life Decisions International, an organization that has helped convince over 200 companies to stop giving money to Planned Parenthood.

$1000 seems like a low threshold and the proponents provides no evidence of bad faith or self-dealing related to the company’s charitable contributions.

Egan-Jones recommends voting AGAINST. “We do not believe that implementing the proposal would justify the administrative costs and efforts, nor would it provide a corresponding meaningful benefit to the Company’s shareholders.”

Arjuna Capital, on behalf of three independent shareholders, filed a proposal requesting a report on risks related to emerging public policies regarding the median gender/racial pay gap including attraction and retention of diverse talent.

Egan-Jones recommends voting FOR and writes: “The report as requested in the proposal will enable the Company and its shareholders evaluate the fairness of its pay policy and practices to ensure that proper oversight is exercised on pay equity.”

Proxy Insight reported no votes as of when I last checked. They may have updated by the time I post this.

Shareholders who wish to present proposals for inclusion in the proxy materials to be distributed by us in connection with our 2021 Annual Meeting of Shareholders must cause the proposal to be received by the Secretary of JPMorgan Chase no later than December 7, 2020. Such proposals must comply with all requirements of Rule 14a-8 promulgated by the Securities and Exchange Commission.