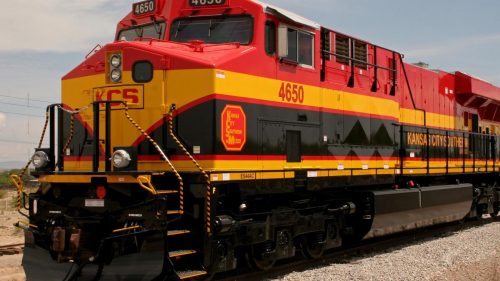 Kansas City Southern 2020 annual meeting is 5/21/2020 at 7AM Pacific virtually by entering the eligible shareholder’s 16-digit control number found on the proxy card. To enhance long-term value: Vote AGAINST Druten and McDonnell. Vote FOR Auditor, Pay, and Written Consent.  See list of all virtual-only meetings maintained by ISS.

Kansas City Southern, a transportation holding company, provides domestic and international rail transportation services in North America.  Reading through almost 80 pages of the proxy takes too much time for most. Your vote could be crucial. Below, how I voted and why.

From the Yahoo Finance profile: Kansas City Southern’s ISS Governance QualityScore as of December 5, 2019 is 2. The pillar scores are Audit: 1; Board: 5; Shareholder Rights: 2; Compensation: 4. Corporate governance scores courtesy of Institutional Shareholder Services (ISS). Scores indicate decile rank relative to index or region. A decile score of 1 indicates lower governance risk, while a 10 indicates higher governance risk. We need to pay close attention to the board.

Egan-Jones Proxy Services recommends Against (withhold) 1C) Robert J. Druten and 1I) Thomas A. McDonnell. Both directors have served for 10 years or more, so should no longer be considered independent nor should they serve on compensation, audit or nominating committees.

Vote: AGAINST Druten and McDonnell.

I have no reason to believe the auditor engaged in poor accounting practices or has a conflict of interest. Egan-Jones recommends voting Against the auditor. Usually, they do so if the served for seven years or had serious disciplinary actions, excessive non-audit fees. None of those appear to apply in this case.

Kansas City Southern 2020 Summary Compensation Table shows the highest paid named executive officer (NEO) was CEO Patrick J. Ottensmeyer at $6.4M. I’m using Yahoo! Finance to determine market cap ($12.6B) and I define large-cap as $10B, mid-cap as $2-10B, and small-cap as less than $2B. Kansas City Southern is a large-cap company.

Given below median pay and a pay ratio better than many, I voted FOR, although I am very disappointed with performance.

Proxy Insight had not reported on any advance disclosures when I last checked but may have updated by the time I post this.,