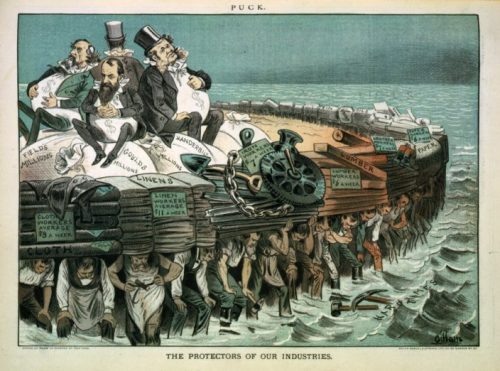 The Rhetoric and Reality of Shareholder Democracy

Thank you, Mr. McRitchie, for your kind review of our book. My comment focuses on the history and the nature of shareholder democracy and the current direction of corporate governance, on which we have a view different from yours.

In our book, Predatory Value Extraction, we maintain the latter view because shareholder democracy started mainly as a political project for social cohesion without economic rationale to support it. Early promoters of shareholder democracy made it clear that “they did not think of it as being related to raising capital” (p. 91). This is also why, before this chapter, we explained the role of the stock market as mainly that of a value-extracting institution, not of a value-creating one (Chapter 3). Public shareholders almost without exception acquire outstanding shares from one another on the secondary market, not by providing companies with capital, doing the latter only on the rare occasions when they purchase shares that companies newly issue. Shareholder activists often demand that capital be “returned” to shareholders, but as public shareholders very seldom contribute capital to corporations, this is not a legitimate claim. In this context, we suggest in our conclusion that we should build a new system of corporate governance reflecting the contribution to value creation by stakeholders.

However, institutional investors have evolved toward being less capable of and interested in voting and engagement as indexing has become common practice in institutional investing. Currently, indexed funds control about one-third of U.S. public corporations, according to a higher-end estimate, and “If current growth rates continued…, the entire U.S. market would be held by such funds no later than 2030,” projected John C. Coates in his paper “The Future of Corporate Governance Part I: The Problem of Twelve” (2018, p. 13). Equity trading by artificial intelligence (AI) has also moved into the mainstream. A JPMorgan Chase report estimated that AI, including indexing and high-frequency trading, makes up about 60% of stock trading in the United States, and discretionary equity trading accounts for only about 10%. It is impossible to expect that funds managed by AIs would behave as responsible and capable “corporate citizens.”

We do not foresee this trend changing in the future. This is why we called the “corporate governance team” or “stewardship team” within a large institutional investor a “lip-service” organization. Index funds charge extremely low fees because they do not research individual companies. But the imposition of compulsory voting made it necessary for them to show that they were fulfilling this unwanted obligation. These “teams,” limited in staffing but responsible for the huge number of companies in their portfolios, can fulfill their obligations only by applying general metrics. Nor are the capabilities of proxy-advisory firms such as Institutional Shareholder Service (ISS) very different from those of corporate governance teams. And de facto delegation of proxy voting to ISS by many institutional investors ended up giving illegitimate power to proxy-advisory firms in corporate boardrooms.

Many thanks to Jang-Sup Shin, Economics Professor, National University of Singapore, for this post — The Rhetoric and Reality of Shareholder Democracy — in response to my review of Predatory Value Extraction. I added the introduductory paragraph, the embeded links, tags, and graphic, as well as the links below. — James McRitchie

One Response to The Rhetoric and Reality of Shareholder Democracy