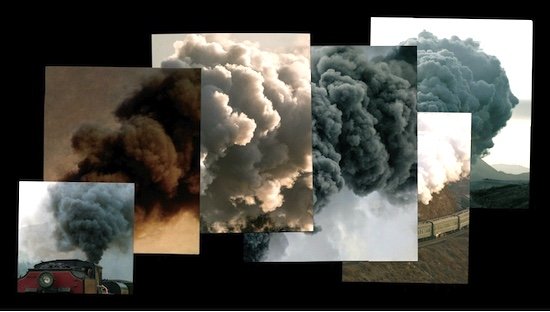 Union Pacific 2020 annual meeting is 5/14/2020 at 6AM Pacific virtually by entering the eligible shareholder’s 16-digit control number found on the proxy card. To enhance long-term value: Vote AGAINST Card, Fritz, McCarthy and McLarty, Auditor, Pay. Vote FOR Independent Board Chair and Climate Report.  See list of all virtual-only meetings maintained by ISS.

Union Pacific Corporation, through its subsidiary, Union Pacific Railroad Company, engages in the railroad business in the United States.. Reading through almost 100 pages of the proxy takes too much time for most. Your vote could be crucial. Below, how I voted and why.

From the Yahoo Finance profile: Union Pacific Corporation’s ISS Governance QualityScore as of December 5, 2019 is 1. The pillar scores are Audit: 1; Board: 6; Shareholder Rights: 1; Compensation: 2. Corporate governance scores courtesy of Institutional Shareholder Services (ISS). Scores indicate decile rank relative to index or region. A decile score of 1 indicates lower governance risk, while a 10 indicates higher governance risk. We need to pay close attention to the board.

Egan-Jones Proxy Services recommends Against (1A) ANDREW H CARD JR, (1D) LANCE M FRITZ, (1G) MICHAEL R MCCARTHY AND (1H) THOMAS F MCLARTY III. Mr. Fritz should not be considered independent, since he holds both the CEO and chair positions. The other three directors have served for 10 years or more, so should no longer be considered independent nor should they serve on compensation, audit or nominating committees.

Union Pacific 2020 Summary Compensation Table shows the highest paid named executive officer (NEO) was CEO/Chair Lance M. Fritz at $15M. I’m using Yahoo! Finance to determine market cap ($105B) and I define large-cap as $10B, mid-cap as $2-10B, and small-cap as less than $2B. Union Pacific is a large-cap company.

Given the above median pay, mixed performance and my general concerns about inequality, I voted AGAINST.

This good governance proposal comes from John Chevedden. I voted FOR.

Shareholders request that our Board require that the Chair of the Board of Directors, whenever possible be an independent member of the Board.

Although it would be better to have an immediate transition to an independent Board Chairman, the Board should have the discretion to phase in this policy for the next Chief Executive Officer transition.

Compliance with this policy is waived in the unlikely event that no independent director is available and willing to serve as Chairman under the succession planning program of the company. This proposal requests that all the necessary steps be taken to accomplish the above.

This proposal topic won 55% at Baxter International and 53% at Boeing during the current proxy season.

Lead Director Michael McCarthy is no substitute for an independent Board Chair.

An independent Chair is best positioned to build up the oversight capabilities of our directors while our CEO addresses the challenging day-to-day issues facing the company. The roles of Chairman of the Board and CEO are fundamentally different and should not be held by the same person. There should be a clear division of responsibilities between these positions to insure a balance of power and authority on the Board.

This proposal from me (James McRitchie) asks Union Pacific to issue a report on how it plans to reduce or offset its total contribution to climate change to align operations with the Paris Agreement’s goal of maintaining global temperature increases well below 2 degrees Celsius.

SBTi assesses corporate emissions reduction targets in line with what climate scientists believe is needed to meet the Paris Agreement goals of limiting global warming to well below 2″C above pre-industrial levels. Union Pacific anticipates finalizing its target and submitting it for approval to the SBTi within a year.

The timing of that commitment did not allow for timely withdrawal my proposal before the April 3rd proxy. I would like to thank our Company and urge a vote in favor of the proposal as validation of Union Pacific’s accomplishment and its commitment to reducing GHG emissions. Egan-Jones also recommends a vote For.

Proxy Insight had not reported any votes in advance of the meeting as of when I last checked but may have updated by the time I post this.