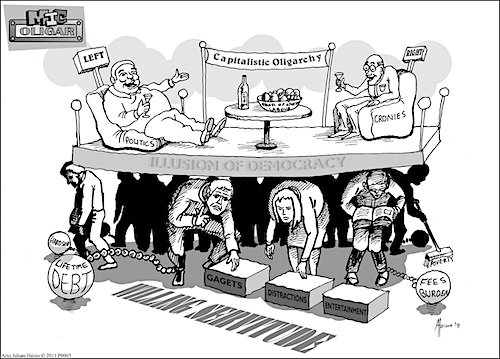 Alphabet 2020 annual meeting is 6/3/2020 at 9AM Pacific virtually by entering the eligible shareholder’s 16-digit control number found on the proxy card. To enhance long-term value: Vote AGAINST all directors and Board items. Vote FOR All Shareholder Proposals.  See list of all virtual-only meetings maintained by ISS. Vote by 6/2 or it will be too late, unless you attend the meeting.

Alphabet Inc. provides online advertising services in the United States, Europe, the Middle East, Africa, the Asia-Pacific, Canada, and Latin America. It offers performance and brand advertising services. Reading through 100 pages of the proxy takes too much time for most. Your vote could be crucial. Below, how I voted and why.

If you have read these posts related to my portfolio and proxy proposals for the last 24 years and trust my judgment, skip the 12 minute read. See how I voted in my ballot. Voting will take you only a minute or two. Every vote counts.

From the Yahoo Finance profile: Alphabet Inc.’s ISS Governance QualityScore as of December 5, 2019 is 10. The pillar scores are Audit: 2; Board: 4; Shareholder Rights: 10; Compensation: 10. Corporate governance scores courtesy of Institutional Shareholder Services (ISS). Scores indicate decile rank relative to index or region. A decile score of 1 indicates lower governance risk, while a 10 indicates higher governance risk. We need to pay close attention to shareholder rights and compensation. Alphabet is ruled by an oligarchy of two. Can we change that? Only if the oligarchy yields to the will of the overwhelming majority.

Egan-Jones Proxy Services recommends Against/Withhold: L JOHN DOERR, JOHN L HENNESSY, KAVITARK RAM SHRIRAM, ROBIN L. WASHINGTON. Doerr and Hennessy have served for 10 years or more, so should no longer be considered independent nor should they serve on compensation, audit or nominating committees. Shriram and Washington should be held accountable for the poor rating for compensation. Additional reasons, including poor oversight of cybersecurity, were also provided for several directors. I voted Against all nominees, since directors continue to allow Page and Brin to run the company as an oligarchy.

Vote: AGAINST all nominees.

3. Approval of an Amendment to Alphabet’s 2012 Stock Plan

The shareholders are being asked to approve an amendment to the Alphabet Inc. Amended and Restated 2012 Stock Plan (the Plan), in order to increase the maximum number of shares of Class C capital stock that may be issued under the Plan by 8,500,000 shares.

Egan-Jones recommends Against: “We recommend the board seek to align CEO pay more closely with the performance of the company and work to reduce the cost of any similar plan that may be proposed in the future.” Another reason I oppose is that Class C shares carry no votes. I support one share, one vote. This keeps Alphabet moving in the opposite direction.

Alphabet 2020 Summary Compensation Table shows the highest paid named executive officer (NEO) was CEO/Chair Sundar Pichai at $281M. I’m using Yahoo! Finance to determine market cap ($969B). I define large-cap as $10B, mid-cap as $2-10B, and small-cap as less than $2B. Alphabet is a large-cap company.

Given the far above median pay, very high pay ratio and E-Js well-reasoned concerns that pay is not aligned with long-term interests and my general concerns about inequality, I voted AGAINST.

5. Recapitalization Plan for all Stock to Have One-vote per Share

This proposal, from NorthStar, requests the Board to take all practicable steps in its control to initiate and adopt a recapitalization plan for all outstanding stock to have one vote per share. This could be done through a phase-out process in which the board would, at the earliest practicable time, establish fair and appropriate mechanisms through which disproportionate rights of Class B shareholders could be eliminated.

Egan-Jones recommends FOR: “companies should not utilize dual class capital structures to provide equal voting rights to all shareholders.”

This is the most important item on the ballot. Please vote FOR.

This proposal seeks a report to shareholders on the use of contractual provisions requiring direct and contract employees at Alphabet to arbitrate employment-related claims.

Mandatory arbitration precludes employees from suing in court for wrongs like wage theft, discrimination and harassment, and requires them to submit to private arbitration, which has been found to favor companies and discourage claims. Sexual harassment is an urgent concern. A similar proposal was submitted to Chipotle by the Comptroller of the State of New York. This one may come from the same source but Alphabet does not include that information in their proxy.

Egan-Jones recommends against. I voted FOR. Shareholders do not benefit from settling sexual harassment charges through mandatory arbitration.

Federated Hermes, NEI Investments, Robeco and The Sustainability Group of Loring, Wolcott and Coolidge request a Board committee to oversee the Company’s human rights risks to help anticipate and oversee management of the adverse human rights and societal impacts associated with Alphabet’s technologies. See exempt solicitation.

Egan-Jone recommends For; “Board oversight coupled with the adoption of a more comprehensive human rights policy will assure shareholders of the Company’s global leadership in addressing human rights issues.” Agreed.

8. Require Shareholder Approval of Bylaw Amendments Adopted by the Board of Directors

Egan-Jones recommends For; “approval of the proposal will ensure that shareholders are able to voice out their opinion in any material amendment to bylaws.” Agreed.

9. Assess Feasibility of Including Sustainability as a Performance Measure for Senior Executive Compensation

This proposal, which I believe is from Zevin, requests the Board Compensation Committee to prepare a report assessing the feasibility of integrating sustainability metrics, including metrics regarding diversity among senior executives, into performance measures or vesting conditions that may apply to senior executives under the Company’s compensation plans or arrangements.

The proposal requests the Board to issue a report assessing the feasibility of publicly disclosing on an annual basis, by jurisdiction, the list of delisted, censored, downgraded, proactively penalized, or blacklisted terms, queries or sites implemented in response to government requests.

Egan-Jones recommends For; “Given the reputational and regulatory risks that the Company faces, including the risk of antitrust action, we believe that improved transparency and accountability is needed to meet the company’s long-term responsibility to its many investors. We believe that the preparation of the report will allow the Company to evaluate its activities related to political advertising and potential censorship issues, and at the same time assess the operational, reputational, and social implications of such to the Company.” Agreed.

11. Require a Majority Vote for the Election of Directors

Egan-Jones recommends For; “We believe that majority vote requirements in boardroom elections enhance director accountability to shareholders and director accountability is the hallmark of good governance. The board election process should ensure that shareholder expressions of dissatisfaction with the performance of directors have real consequences.  A majority-vote standard will transform the director election process from a symbolic gesture to a process that gives meaningful voice to shareholders.”

This proposal seeks a report on the company’s global median gender/racial pay gap, including associated policy, reputational, competitive, and operational risks, and risks related to recruiting and retaining diverse talent.

Egan-Jones recommends For; “A report adequate for investors to assess company strategy and performance would include the percentage global median pay gap between male and female employees across race and ethnicity, including base, bonus and equity compensation.” Agreed.

Perhaps sponsored by Arjuna Capital? It requests Alphabet’s Nominating and Corporate Governance Committee nominate for the next Board election at least one candidate who:

Egan-Jones recommends For; “human rights issues are needed to be escalated at the board level to ensure proper accountability and oversight.”  Agreed.

14. Report on Whistleblower Policies and Practices

I think this measure is proposed by Trillium Asset Management. It requests the Board of Directors to issue a report evaluating the company’s whistleblower policies and practices and assessing the feasibility of expanding those policies and practices above and beyond current levels to cover, for example, information concerning the public interest and/ or information concerning rights contained in the United Nations Declaration of Human Rights.

Egan-Jones recommends For; “we determined that the proposed resolution contemplated thereby is advisable, substantively and procedurally fair to, and in the best interests of Company and its shareholders.” Agreed.

Proxy Insight had reported the following as of when I last checked.

Looking up a few funds announcing votes in advance, I was NYC Pensions voted Against all management items except Ferguson Jr. and Auditor. They voted For all shareholder proposals except #8 and #12. Trillium voted Against all management items except Auditor; For all shareholder proposal except #8. Calvert votes Against Doerr, Mather, Mulally, Shiram, Washington, Stock Plan, Exec Pay, and #8.