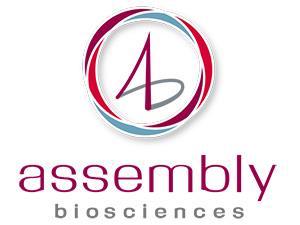 Assembly Biosciences, Inc. operates as a clinical-stage biotechnology company in the United States. Reading through 80 pages of the proxy takes too much time for most. Your vote could be crucial. Below, how I voted and why.

I voted with the Board’s recommendations 46% of the time. View Proxy Statement via SEC’s EDGAR system (look for DEF 14A).

Egan-Jones Proxy Services had not updated their recommendations when I last looked but may have now.  Since I voted against Pay, I also voted against the members of the Compensation Committee: Holubiak, Mahony and Ringo.

Vote AGAINST: Holubiak, Mahony and Ringo.

Assembly Bio 2020 Summary Compensation Table shows the highest paid named executive officer (NEO) was CEO John G. McHutchison, at $7M. I’m using Yahoo! Finance to determine market cap ($720M) and I define large-cap as $10B, mid-cap as $2-10B, and small-cap as less than $2B. Assembly Bio is a small-cap company.

Given above median pay, mixed performance, and my general concerns about inequality, I voted AGAINST.

I have no reason to believe the auditor engaged in poor accounting practices or has a conflict of interest. Egan-Jones recommends voting against the auditor if they served for seven years. Independence becomes compromised by that time. Ernst & Young LLP has served less than seven years. No other issues appear significant.

The New York City Comptroller voted Against. That’s good enough for me. I assume it is too dilutive.

To counter my proposal to allow shareholders with 25% of shares to call for a special meeting, the Board seeks to substitute their own watered down version. I recommend voting this version down and supporting my proposal #6, which would set the threshold at a more reasonable 15%.

In response to my proposal, the Board seeks to create such a right but with a threshold of 25% in proposal #5. That threshold would still among the highest levels required.

Many companies have a threshold as low as 10%. Getting 25% of shareholders to agree to a meeting under urgent circumstances would be too difficult. The requested 15% is a reasonable compromise.

I ask that you vote Against proposal #5 and FOR proposal #6. Establish the special meeting threshold at 15%.

Proxy Insight reported the following as of when I last checked.

Looking up a few funds announcing votes in advance, NYC Pensions voted FOR all items except Kim, Stock Plan, Board’s Token Special Meeting #5. Trillium voted the same as the Danish firm above.

Any stockholder who meets the requirements of the proxy rules under the Exchange Act may submit proposals to the Board to be included in next year’s proxy statement and on our proxy card for the 2021 Annual Meeting of Stockholders. Such proposals must comply with the requirements of Rule 14a‑8 under the Exchange Act. To be considered for inclusion in next year’s proxy materials, any proposals must be submitted in writing by December 28, 2020, to our Corporate Secretary at 331 Oyster Point Blvd., Fourth Floor, South San Francisco, California 94080; provided, however, that if our 2021 Annual Meeting of Stockholders is held before May 12, 2021 or after July 11, 2021, then the deadline is a reasonable amount of time prior to the date we begin to print and send our proxy statement for the 2021 Annual Meeting of Stockholders.

Salesforce 2020
CEO Compensation was a Joke Before Covid-19