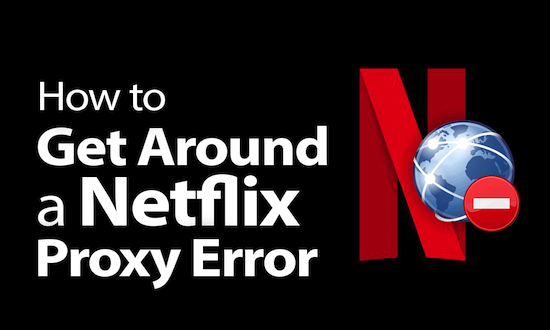 Netflix, Inc. provides subscription streaming entertainment service. It offers TV series, documentaries, and feature films across various genres and languages. Reading through 100 pages of the proxy takes too much time for most. Your vote could be crucial. Below, how I voted and why.

If you have read these posts related to my portfolio and proxy proposals for the last 25 years and trust my judgment, skip the 9 minute read. See how I voted in my ballot. Voting will take you only a minute or two. Every vote counts.

I voted with the Board’s recommendations only 11% of the time. View Proxy Statement via SEC’s EDGAR system (look for DEF 14A).

From the Yahoo Finance profile: Netflix, Inc.’s ISS Governance QualityScore as of December 5, 2019 is 10. The pillar scores are Audit: 2; Board: 10; Shareholder Rights: 10; Compensation: 10. Corporate governance scores courtesy of Institutional Shareholder Services (ISS). Scores indicate decile rank relative to index or region. A decile score of 1 indicates lower governance risk, while a 10 indicates higher governance risk. We need to pay close attention to it all at Netflix.

Egan-Jones Proxy Services recommends Against 1A) Reed Hastings and 1B) Jay Hoag. Mr. Hastings should not be considered independent, since he holds both the CEO and chair positions… an inherent conflict of interest. Mr. Hoag has served for 10 years or more, so should no longer be considered independent nor should they serve on compensation, audit or nominating committees. In addition, since I voted against the pay item, I voted Against Mathias Dopfner who sits on the compensation committee.

Netflix 2020 Summary Compensation Table shows the highest paid named executive officer (NEO) was CEO/Chair Reed Hastings at $38.6M. I’m using Yahoo! Finance to determine market cap ($185B) and I define large-cap as $10B, mid-cap as $2-10B, and small-cap as less than $2B. Netflix is a large-cap company.

Given the far above median pay, mixed performance, E-J recommendation and my general concerns about inequality, I voted AGAINST.

After taking into account the maximum amount of shareholder equity dilution this proposal could cause, as well as both the quantitative and qualitative measures outlined below, we believe that shareholders should not support the passage of this plan as proposed by the board of directors. We recommend the board seek to align CEO pay more closely with the performance of the company and work to reduce the cost of any similar plan that may be proposed in the future.

This proposal from my wife and I (Myra Young and James McRitchie). It requests Netflix provide a semiannual report disclosing policies and procedures, as well as expenditures, both direct and indirect. E-J recommends Against.

Disclosure is in the best interest of the Company and its shareholders. The Supreme Court recognized and assumed this in its 2010 Citizens United decision, when Judge Kennedy wrote,

Relying on publicly available data does not provide a complete picture of the Company’s electoral spending. This proposal asks the Company to disclose all of its electoral spending, including payments to trade associations and other tax-exempt organizations, currently hidden, which may be used for electoral purposes.

This would bring our Company in line with a growing number of leading companies, including Alexion Pharmaceuticals Inc., Celgene Corporation, and Biogen Inc., which present this information on their websites.
Proposals on this topic at Alliant Energy and Cognizant Technology Solutions passed last year, despite board opposition. This year, shareholders of Centene Corporation, J.B. Hunt Transport Services, and Western Union have also passed similar proposals.

This good corporate governance proposal from John Chevedden. Chevedden’s proposal on this topic won 88% last year at Netflix but the Board ignored it, just as they did the year before that when the proposal was submitted by CalSTRS and won 85%.

This proposal from Justin Danhof, of the conservative National Center for Public Policy Research, seeks a report detailing the potential risks associated with omitting “viewpoint” and “ideology” from its written equal employment opportunity (EEO) policy. E-J recommends For.

I am opposed to the idea of screening or collecting information from employees regarding their “ideology.” I have no idea how people would characterize my ideology. The proponent seems to have a personal vendetta against the Southern Poverty Law Center. Sure, every company should welcome diverse views but this is not the way to achieve that objective.

Proxy Insight had no meaningful advance votes when I wrote this but may have some now. Looking up a few funds announcing votes in advance, NYC Pensions and Calvert voted the same as me, except they voted for the Stock Plan. Trillium voted the same as me.