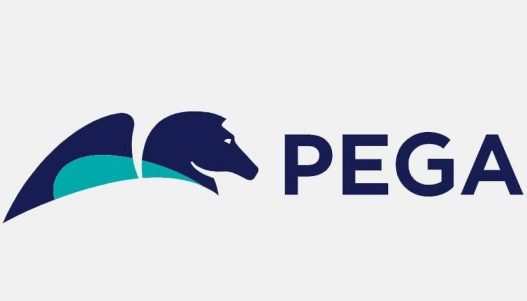 Pegasystems 2020 annual meeting is 6/23/2020 at 7AM Pacific virtually. They are using Computershare, so shareholders holding in street name have to get a legal proxy and submit it by June 18th. Since my broker sends those by snail mail, I would have had to initiate the process by about June 8. Pegasystems says that will allow you to vote at the meeting but it makes no mention of any ability to ask questions. To enhance long-term value: Vote AGAINST Jones, Gyenes, Trefler, Pay, Incentive Plan and Auditor. Vote FOR #4 Simple Majority Vote. See list of all virtual-only meetings maintained by ISS.

Pegasystems Inc. develops, markets, licenses, and supports enterprise software applications in the United States, rest of the Americas, the United Kingdom, rest of Europe, the Middle East, Africa, and the Asia-Pacific. Reading through the whole proxy takes too much time for most. Your vote could be crucial. Below, how I voted and why.

If you have read these posts related to my portfolio and proxy proposals for the last 24 years and trust my judgment, skip the 8 minute read. See how I voted in my ballot. Voting will take you only a minute or two. Every vote counts. Even though insiders control the company, our votes at least send an important signal.

I voted with the Board’s recommendations 58% of the time. View Proxy Statement via SEC’s EDGAR system (look for DEF 14A).

From the Yahoo Finance profile: Pegasystems Inc.’s ISS Governance QualityScore as of June 12, 2020 is 4. The pillar scores are Audit: 2; Board: 5; Shareholder Rights: 3; Compensation: 7.

Corporate governance scores courtesy of Institutional Shareholder Services (ISS). Scores indicate decile rank relative to index or region. A decile score of 1 indicates lower governance risk, while a 10 indicates higher governance risk. We need to pay close attention to the board and compensation.

Egan-Jones Proxy Services recommends Against (Withhold) 1A) Alan Trefler, 1B) Peter Gyenes, 1D) Richard Jones Mr. Trefler should not be considered independent, since he holds both the CEO and chair positions. Additionally, E-J identified cybersecurity issues, which the CEO should be held accountable for. The other two directors have served for 10 years or more, so should no longer be considered independent nor should they serve on compensation, audit or nominating committees.

Pegasystems 2020 Summary Compensation Table shows the highest paid named executive officer (NEO) was CEO/Chair Alan Trefler at $5.9M. Market cap is about $7.8B. I define large-cap as $10B, mid-cap as $2-10B, and small-cap as less than $2B. Pegasystems is a mid-cap company.

Given slightly below median pay, good performance and what seems like a reasonable lpay ratio, I voted FOR.

However, Calvert voted Against. Here’s their rationale:

The plan’s dilution exceeds 10 percent. Based on evaluation of the estimated cost, plan features, and grant practices using the Equity Plan Scorecard (EPSC), a vote AGAINST this proposal is warranted due to the following key factors:- The plan permits cash buyout of awards without shareholder approval (overriding factor);- The equity program is estimated to be excessively dilutive (overriding factor);- The plan cost is excessive;- The disclosure of change-in-control (“CIC”) vesting treatment is incomplete;- The plan permits liberal recycling of shares; and- The plan allows broad discretion to accelerate vesting.

Note I skipped down to number 5, since it is also a Board proposal. I have no reason to believe the auditor engaged in poor accounting practices or has a conflict of interest. Egan-Jones recommends voting against the auditor if they served for seven years. Independence becomes compromised by that time. Deloitte & Touche, LLP has served more than seven years. No other issues appear significant.

This good governance proposal comes from me (James McRitchie), so of course I voted FOR. Large funds, such as T. Rowe Price, BlackRock, SSgA and Northern Trust generally support elimination of supermajority requirements, since most view them as an entrenchment device for management. For example, BlackRock’s Proxy Voting Guidelines for U.S. Securities includes the following:

Proxy Insight may report votes before the deadline.  Looking up a few funds announcing votes in advance, NYC Pensions voted FOR all items except the Incentive Plan and Simple Majority Vote. Calvert voted AGAINST all items except Trefler and the Auditor

CEO Compensation was a Joke Before Covid-19
Racial Equity: Investors in Solidarity