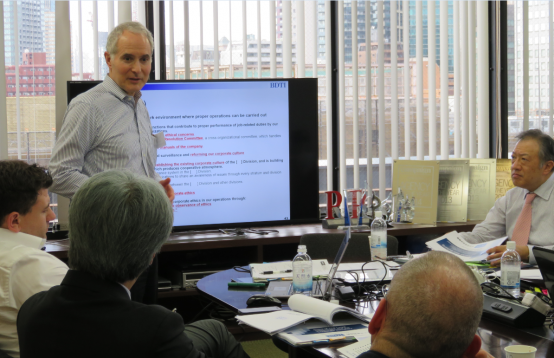 Redesigning Corporations: Incentives Matter (link) by Nicholas Benes is undoubtedly one of the most important corporate governance articles of 2020. Benes goes straight to the heart of irresponsible capitalism by addressing the unintended consequences of limited liability. A small tax on each trade of each company, refundable in 5 years if the company doesn’t declare bankruptcy, would increase the incentive for monitoring by investors. Similar incentives are proposed for executives.

From Chartering to Any Legal Purpose

As Benes discusses, early corporations were granted “charters” offering limited liability. Although these early businesses served public or national interests and had good profit potential, they required large amounts of capital and were risky. Since chartered investors were only liable for the amounts they invested and were frequently granted monopolies (or at least endorsement by the crown), the risk to individual investors was substantially reduced.

As we moved from the age of exploration to the industrial revolution, the demand for charters grew beyond the capacity of governments to review each one to ensure they at least met the pretense of serving specific public or national interests. Instead, charters were then granted by states for any legal purpose. The only public “good” corporations had to meet was to make enough profit to continue in business.

Benes argues that when “the benefits of accelerating industrialization were huge, and the number of corporations was still very small” the trade-off of granting limited liability made sense. Deficiencies, such as child labor, pollution and the like were addressed, if at all, through an evolving regulatory framework.

However, holding corporations accountable became problematic. More than 200 years ago Edward Thurlow, the Lord High Chancellor of Britain anticipated, “Did you ever expect a corporation to have a conscience, when it has no soul to be damned, and no body to be kicked?”

With the vast majority of economic activity now carried out under limited liability, corporations and owners are incentivized to externalize costs. Regulatory frameworks, erected by governments, require money to enforce. Frameworks cannot keep up with evolving technology, are heavily influenced by corporate lobbyists, and do not have the means to hold corporations liable for costly damages, such as health costs from tobacco, oil spills, bank failure or the costs of the opioid crisis.

In rare cases, companies are taken to court. For example, Insys, which heavily promoted an opoid spray through illegal practices was ordered to pay $225M to the US government and filed for Chapter 11 bankruptcy. The company had contributed to 750,000 overdose deaths, which the government spent $2.5T trying to contain. (Wall Street, bribery and an opioid epidemic: the inside story of a disgraced drugmaker) Increasingly, our governments are essentially controlled by rich corporate executives, separated from the general public. (Study: Politicians listen to rich people, not you)

We think bending the curve for covid-19 is difficult. However, bending the curve of the climate pandemic is going to be much more difficult. Yet, the vast majority of stranded assets have not been repriced. Insurance companies haven’t even adequately repriced liability in flood zones. Benes calls on us to rethink limited liability.

Benes’ proposed innovation is an “externalization/bankruptcy trust fund” (renamed ESG Dividend Fund) set up for each company.  A levy of 0.20% would be withheld from the amount of all purchases, sales or issuances of stock. Trust funds would be invested in Treasury bills. Each trade becomes a micro-account, identified using blockchain. Funds would be held for a rolling 5 years, available to creditors and victorious lawsuit claimants in the event of bankruptcy, settlements or liquidation of the company.

Benes imagines a formula that, in triggering events, penalizes long-term holders more than average term holders. Since they have had more opportunity to vote or engage they should be more liable. He mitigates against “gaming” by short-term holders, since all owners (even if they held for only a few minutes) are assumed to be have held at least a year. Short-term holders have, perhaps, the greatest incentive to monitor, since they are assumed to hold for at least a year and they may have a great number of 0.20% amounts withheld if they trade many times a year. If there is no bankruptcy in five years, each investor would receive back its 0.20% amount(s), plus interest as an ESG dividend.

As Benes wrote in a clarifying note to me:

Short term holders are heavily penalized. Suppose I invest 100 to buy 20 different stocks over a period of five years, holding each of them (100 value) for 90 Days each, rolling  into a different position (stock) every 90 days. I will end up paying 20 x 2 (Buy/sell)x 20 bp X 100= 8 into various trust funds. In contrast, if I just invest the same 100 of  value into a single stock only and hold for five years, I will only pay either 20 bp or 40 bp, depending on whether I sell at the end of five years or keep holding.
The better way for us to articulate the concept of the trust fund, is probably to call it a “ESG dividend fund” rather than a way of penalizing people.  If the company behaves well for five years after I ceased to have the ability to influence its governance, I will receive an extra “dividend” in the form of the money I originally put in the pot…. money that I de facto invested in the company, to be used by it in a pinch.  If we all vote and engage responsibly, there WILL be no “tax” or “penalty,” just a dividend of a different type.

Directors and senior executives would be even more on the hook, as they should be, since they have much more impact on corporate behavior than shareholders:

Directors and senior executive must invest 50% of his or her total compensation in a special subordinated class of the company’s stock….and must continue to hold that stock for five years after leaving the firm. Similarly, all share-based executive compensation can only be based on this subordinated class of stock, with similar holding requirements.

There is more to the outline but those seem to be the essential points. In most cases, everyone would get their money back after five years. The money from outside shareholders is invested in Treasuries, whereas funds from directors and senior executives are invested in company stock, which is likely to perform much better.

Perhaps, instead of Treasuries, the funds from outside shareholders should be invested in a total stock market return fund. That would probably result in higher returns, more funds available in case of bankruptcy and a greater incentive to monitor. Benes believes there is no substitute for putting the money in treasury bills, since we need to be certain the money will still be there when the time is up. In my opinion, something like a total stock market return should be a good bet. If they entire market hasn’t even kept up with Treasuries, a smaller ESG dividend will be the least of your worries.

With regard to insiders, if the company goes bankrupt, company stock could be worthless. That punishes insiders but provides no relief to claimants. Is five years long enough? Maybe it should be ten years or some other time period. Any such scheme to hedge limited liability would undoubtedly change and evolve over time but Benes has developed a solid outline worthy of extensive discussion.

According to Benes (here, much abbreviated):

Day trading and other forms of short-term speculation would be reduced, since each trade, in essence, takes five years to fully complete. Stock prices are likely to move slightly closer to that five year, rather than a quarterly time horizon.

Under the Benes plan, regulating corporations could be less expensive for governments, since such corporations would have boards, managers and shareholders all more actively engaged in monitoring risk. Of course, the public and the environment would be the greatest beneficiaries and that is the whole point of hedging the limited liability now so freely awarded to corporations.

I would love to see topics like this raised during the upcoming elections and included in proposed legislation.