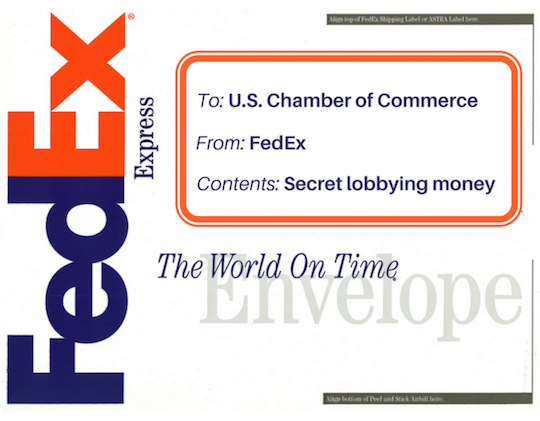 FedEx 2020 annual meeting is 9/21/2020 at 10:00AM Pacific. To attend the annual meeting of stockholders at www.virtualshareholdermeeting.com/FDX2020, you must enter the control number on your proxy card, voting instruction form or Notice of Internet Availability. To enhance long-term value: Vote AGAINST Jackson, Schwab, Steiner, Walsh, Griffith, Pay, Auditor. Vote FOR all shareholder proposals.  See list of all virtual-only meetings maintained by ISS.

FedEx Corporation provides transportation, e-commerce, and business services worldwide. Its FedEx Express segment offers shipping services for the delivery of packages and freight. Reading through the proxy takes too much time for most. Your vote could be crucial. Below, how I voted and why.

From the Yahoo Finance profile: FedEx Corporation’s ISS Governance QualityScore as of December 9, 2019 is 8. The pillar scores are Audit: 2; Board: 7; Shareholder Rights: 4; Compensation: 9. Corporate governance scores courtesy of Institutional Shareholder Services (ISS). Scores indicate decile rank relative to index or region. A decile score of 1 indicates lower governance risk, while a 10 indicates higher governance risk. We need to pay close attention to audits, shareholder rights, and compensation, but also the board.

Egan-Jones Proxy Services recommends Withhold for Shirley A. Jackson, Susan C. Schwab, David P. Steiner, Paul S. Walsh, and Susan Patricia Griffith. Steiner and Walsh have both served for more than 10 years, so should no longer be considered independent. Walsh and the others serve on the compensation committee, which recommended executive pay that is not effective or strongly aligned with the long-term interest of its shareholders. If you think executive pay is too high, you should also vote against those who enabled that pay, compensation committee members.

FedEx 2020 Summary Compensation Table shows the highest paid named executive officer (NEO) was CEO/Chair Fredrick W. Smith at $11M. I’m using Yahoo! Finance to determine market cap ($60B) and I define large-cap as $10B, mid-cap as $2-10B, and small-cap as less than $2B. FedEx is a large-cap company.

Given the Egan-Jones analysis, poor long-term performance, and my general concerns about inequality, I voted AGAINST.

This proposal submitted by the George Gund Foundation and others asks FedEx to fully disclose of FedEx’s direct and indirect lobbying activities and expenditures. Egan-Jones recommends against, as an unnecessary expense.  However, I view such proposals as plain and simple good governance. We cannot hold directors accountable unless we know where the money is going.

For example, FedEx sits on the board of the Chamber of Commerce, which spent over $1.5 billion on lobbying since 1998, and also belongs to the Business Roundtable (BRT), which is lobbying against shareholder rights to file resolutions. That alone would be enough to vote against.

This good governance proposal from John Chevedden is the same type of boilerplate proposal I have also filed at many companies based on analysis of the Center for Political Accountability. Again, Egan-Jones recommends against, as an unnecessary expense. However, I view such proposals as plain and simple good governance. We cannot hold directors accountable unless we know where the money is going. FedEx fails to disclose a full list of trade associations to which it belongs and the non-deductible portion under section 162(e)(1)(B) of the dues paid to each.

6. Report on Employee Representation on the Board of Directors

This proposal from NorthStar Asset Management requests a report assessing whether and how there may be opportunities for the company to encourage or facilitate the inclusion of non-management employee representation on the Board. Egan-Jones sees it as “unnecessary.” However, a majority of Americans “support allowing employees at large companies to elect representatives to those companies’ boards of directors.” It is about time that companies such as FedEx at least studied the possibility. I have filed several proposals at other companies asking that employees be included in the candidate pool for director nominees.

Having companies run exclusively to benefit shareholders contributes to “stagnant wages, runaway executive compensation, and underinvestment in research and innovation. Employee representation grows the long-term value of companies in several ways. According to the National Bureau of Economic Research, giving workers formal control rights increases female board representation and raises capital formation. Employees are also often more diverse than boards in terms of race, gender, and wealth. The German “co-determination” model of shared governance is lauded as an excellent check against short-term capital allocation practices.

This proposal from my wife, Myra K. Young, asks our Board of directors to permit written consent by shareholders in lieu of a meeting based on the same minimum number of votes necessary to authorize action at a meeting. Egan-Jones recommends FOR. In exceptional circumstances and with sufficiently broad support, shareholders should have the opportunity to raise issues of substantial importance without having to wait for management to schedule a meeting.

Many assume a false equivalency between rights of written consent and special meetings. However, any shareholder, regardless of how many (or few) shares she owns, can seek to solicit written consents on a proposal.

By contrast, calling a special meeting may require a two-step process. A proponent who does not own the minimum shares required must first obtain support from other shareholders. Then, the proponent must distribute proxies. This two-step process can take more time and expense than soliciting written consents, especially when FedEx requires a 20% threshold, instead of 10% as provided for in Delaware law.

This proposal from the Comptroller of the State of New York asks how FedEx plans to integrate ESG metrics into the performance measures of named executive officers under the company’s compensation incentive plans. Egan-Jones recommend FOR based on the positive impact on long-term shareholder value.

According to the 2019 UN Global Compact CEO Study, 84% of executives from the world’s largest companies cited a clear link between sustainability and business value and 66% of CEOs would agree to have their compensation linked to sustainability performance.

Stockholder proposals (other than director nominations) intended to be presented at FedEx’s 2021 annual meeting must be received by FedEx no later than April 12, 2021 and must comply with applicable SEC rules, including Rule 14a-8, to be eligible for inclusion in FedEx’s proxy materials for next year’s meeting. Proposals should be addressed to FedEx Corporation, Attention: Corporate Secretary, 942 South Shady Grove Road, Memphis, Tennessee 38120.

Be sure to vote for each item on the proxy. Any items left blank are voted in favor of management’s recommendations. (See Broken Windows & Proxy Vote Rigging – Both Invite More Serious Crime). I generally vote against pay packages where NEOs were paid above the median in the previous year but make exceptions if warranted. According to Bebchuk, Lucian A. and Grinstein, Yaniv (The Growth of Executive Pay), aggregate compensation by public companies to NEOs increased from 5 percent of earnings in 1993-1995 to about 10 percent in 2001-2003.

Few firms admit to having average executives. They generally set compensation at above average for their “peer group,” chosen by aspiration. While the “Lake Woebegone effect” may be nice in fictional towns, “where all the children are above average,” it doesn’t work well for society to have all CEOs considered above average, with their collective pay spiraling out of control. We need to slow the pace of money going to the 1% if our economy is not to become third-world. The rationale for peer group benchmarking is a mythological market for CEOs. For more on the subject, see CEO Pay Machine Destroying America.