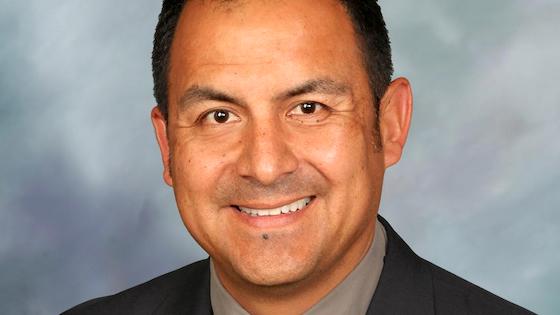 Illegal Marrone Bio proxy threatens not only their own shareholders but those of all companies. If Marrone Bio gets away with it, so can others. What can we do when a company violates the law and the SEC fails to act? We could go to court but that’s expensive. Instead, let’s mobilize. If enough cry foul, Marrone Bio will learn a lesson. Others will be discouraged from taking similar illegal actions. Vote FOR proposal #5 to repeal supermajority provisions within four years. Withhold your vote from Yogesh Mago of the Governance Committee, which allowed the illegal Marrone Bio vote instruction form to suppress the vote. PX14A6G notice of exempt solicitation.

My wife and I invested in Marrone Bio Innovations Inc. (MBII) in early 2014. We liked the idea of safer bio-based alternatives to harmful chemicals. Their growing pipeline of nematicides, herbicides, insecticides, fungicides, and plant health products promises a less toxic future. However, the quality of MBII’s management skills and corporate governance failed to grow with our expectations.

Poorly crafted incentives and lax oversight allowed their chief operating officer (COO) to inflate revenue figures. MBII paid $1.7 million in civil penalties to settle SEC allegations of securities fraud, failed internal controls, and books and records violations. That set off a cascade of problems costing Marrone Bio $60 million in shareholder value. The current illegal Marrone Bio proxy makes me wonder if the former COO, smiling face pictured above, is back with our company.

One contributing factor may be MBII’s poor corporate governance provisions, which discourage widespread ownership and monitoring by mainstream institutional investors. The following are several problematic practices.  For comparison purposes, I note the percentage of S&P 500 companies with such practices after each one.

My Proposal to Phase Out Supermajority Provisions

Many of MBII’s large institutional investors, such as BlackRock, Northern Trust, and State Street favor eliminating or reducing supermajority provisions. I am less sure how opportunistic funds, such as Waddell & Reed or Ardsley Advisory Partners stand. They may have received sweetheart deals as activist investors when rescuing MBII. The current structure facilitates their ability to maintain control.

Marrone Bio included my measure on their voter instruction form (VIF or ballot) but failed to identify the proposal in a way that is clear and impartial, as required by law. For example, they could label the proposal “Remove Supermajority Provisions Within Four Years” or “Move to Simple Majority Voting Standards Within Four Years.” Instead, they describe it as follows:

To Consider a stockholder proposal, if properly presented at the Annual Meeting

The vast majority of retail shareholders don’t vote because it is too much trouble for their small investment. When shareholders do vote, they often rely just on the ballot. By describing the proposal as “To Consider a stockholder proposal, if properly presented at the Annual Meeting,” Marrone Bio’s board is counting on many shareholders not voting on that item. When shareholders vote any item on the ballot, blanks are not counted as abstentions. Instead, they are voted as recommended by the board. In this case, that would be a vote Against.

This vote is important because a small entrenched group can maintain control of the company and act against the will of the majority. For example, Maronne Bio has a classified board. That is, the board is divided into three classes. Directors in each class are up for election and can be held accountable only once every three years.

Overturning that bylaw requires a vote of 80% of outstanding shares.  Classified boards are rare among large companies. For example, only 14% of S&P 500 companies have classified boards. Additionally, most have no supermajority voting requirement to amend their bylaws. Corporations have annual elections of directors and simple majority voting standards because shareholders are willing to pay more for the shares of companies with good corporate governance standards.

SEC Rule 14a-4(a)(3) requires the form of proxy “identify clearly and impartially each separate matter intended to be acted upon.” Indicating the existence of a stockholder proposal only as one that will be considered if properly presented does NOT clearly and impartially identify the matter to be acted upon. The language used by MBII is meant to confuse and mislead. The administrative law is clear on its face. However, to remove any doubt, Staff issued guidance on March 22, 2016, providing further clarification of the legal requirement. In fact, one example in that update that “would not satisfy Rule 14a-4(a)(3)” is the following:

A shareholder proposal, if properly presented.

Instead of heeding the prohibition, MBII utilized a slight variation of the prohibited language: “To Consider a stockholder proposal, if properly presented at the Annual Meeting.”

How does the illegal Marrone Bio proxy impact me? Marrone Bio has great potential as a company but it has poor governance, with little or no accountability to the majority of shareholders. How corporations are governed impacts shareholders, employees, communities, suppliers, customers, and all stakeholders. Marrone Bio’s potential won’t be reached if the board can violate the law with impunity in order to entrench themselves.

The case at Kinetic Concepts was more egregious. They left a proposal off the proxy. However, the principle is somewhat the same. Nine years ago proxy advisor ISS noted:

In this instance the company has taken upon itself the role that is reserved for the SEC and the courts and in doing so, has denied shareholders an opportunity to vote on an important issue without the force of law …

ISS also notes that the company is ignoring a proposal to declassify the board, which is a well-accepted governance reform that regularly receives high levels of shareholder support. For instance, in 2010, such shareholder proposals filed at U.S. public companies received an average of 61.1-percent support from votes cast for and against. Furthermore, studies have shown a negative correlation between the existence of a classified board and a company’s value. ISS believes that all directors should be accountable on an annual basis and that a staggered board can entrench management and effectively preclude takeover bids or proxy contests…

Soon after the decision by ISS and a similar one by Glass Lewis, Kinetic Concepts moved to declassify their board. Both ISS and Glass Lewis then revised their voting recommendations to include voting in favor of all incumbents.

In the case of the illegal Marrone Bio proxy, they are attempting to suppress the vote on another issue popular with shareholders. According to Proxy Insight data, this year 13 shareholder proposals sought to eliminate supermajority provisions where vote results have been announced. They averaged support of more than 67%. Like the Kinetic Concept example, the illegal Marrone Bio proxy item “is a well-accepted governance reform that regularly receives high levels of shareholder support.”

Of course, everyone should vote in favor of proxy item #5; remove supermajority requirements within four years. The illegal Marrone Bio attempt to suppress a well-accepted governance reform is bad but not as bad as what Kinetic Concepts did. Since the Nominating and Governance Committee approves the proxy, we could vote to withhold on all members of that Committee up for election.

However, Pam Marrone (the founder) is too valuable to lose from the Board. I recommend withholding the vote from Yogesh Mago, the only other member of the Committee up for election this year. If you use a proxy advisory service (ISS, Glass Lewis, Egan-Jones), advise them of your withhold position.  Ask them to recommend the same action for their clients.

It would also be helpful to send a quick email to the SEC. Here’s an example.

To Whom it May Concern:

Marrone Bio Innovations, Inc. (MBII) is in clear violation of Rule 14a-4(a)(3), which requires the form of proxy “identify clearly and impartially each separate matter intended to be acted upon.” MBII must revise its proxy immediately to comply with that administrative law and to ensure shareholders can change their votes prior to the October 29, 2020 annual meeting.

To consider a stockholder proposal, if properly presented at the Annual Meeting.

Obviously, indicating the existence of a stockholder proposal only as one that will be considered if properly presented does NOT clearly and impartially identify the matter to be acted upon. The current language is confusing, misleading, and illegal.

The administrative law is clear on its face. However, to remove any doubt, Staff issued guidance on March 22, 2016, providing further clarification of that requirement. See https://www.sec.gov/divisions/corpfin/guidance/exchange-act-rule-14a-4a3-301.htm. In fact, one of the examples in that update that “would not satisfy Rule 14a-4(a)(3)” is the following:

A shareholder proposal, if properly presented.

Based on the facts, as stated above, MBII has clearly violated SEC rules requiring they provide an impartial description of each item in the proxy to be acted on. MBII shareholders have already started using the illegal ballot to convey our votes for the October 29, 2020 annual meeting. The SEC should require MBII to revise and reissue its proxy at once to allow shareholders to be informed voters, as the law mandates. 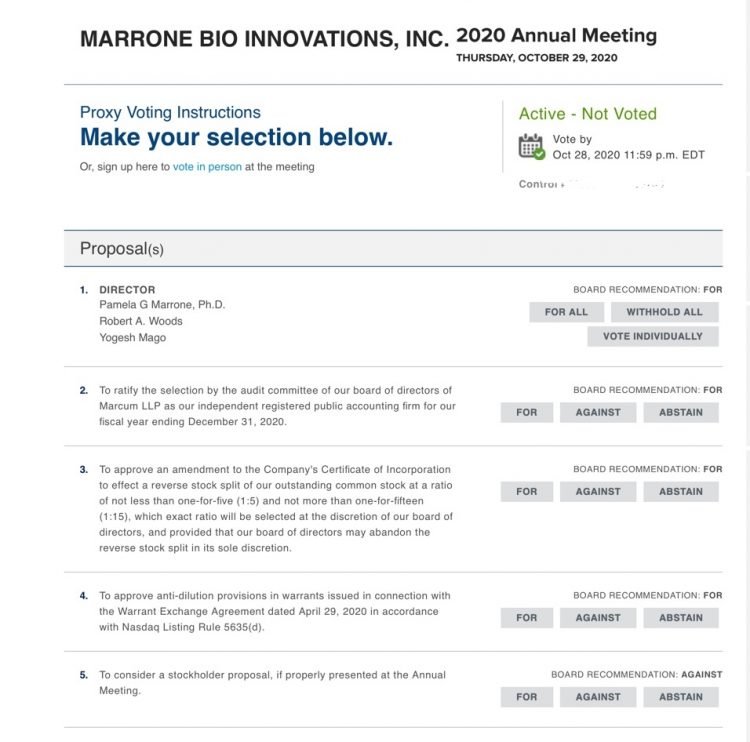