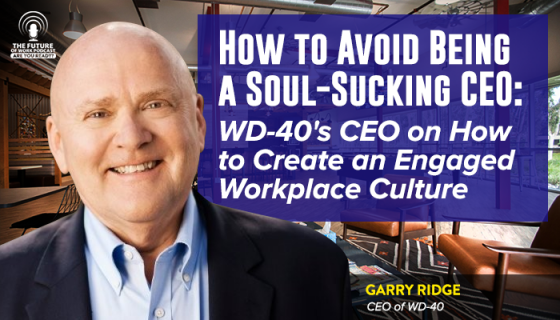 WD-40 2020, where employee voice and empowerment is on the ballot. The WD-40 2020 annual meeting is Tuesday, December 8th. To enhance long-term value, vote AGAINST the auditor and FOR all other items, including #4. $WDFC

WD-40 Company (WDFC) develops and sells maintenance products, and homecare and cleaning products in the Americas, Europe, the Middle East, Africa, and the Asia-Pacific. Most shareholders do not vote.  Reading through 50 pages of the proxy takes too much time. Your vote could be crucial. Below, how I voted and why.

If you have read these posts related to my portfolio and proxy proposals for the last 25 years and trust my judgment, skip reading for 7 minutes. See how I voted in my ballot. Voting will take you only a minute or two. Every vote counts.

I voted with the Board’s recommendations 85% of the time. View Proxy Statement via SEC’s EDGAR system (look for DEF 14A).

Vote: FOR all directors

WD-40’s Summary Compensation Table shows the highest paid named executive officer (NEO) was CEO/Chair Garry O. Ridge at $2.9M. I’m using Yahoo! Finance to determine market cap ($3.4B) and I define large-cap as $10B, mid-cap as $2-10B, and small-cap as less than $2B. WD-40 is a smallish mid-cap company.

Egan-Jones Proxy Services uses a proprietary rating compensation system to measures wealth creation in comparison to other companies. Company compensation policies are centered on a competitive pay-for-performance culture, strongly aligned with the long-term interest of its shareholders and necessary to attract and retain experienced, highly qualified executives. “Therefore, we recommend a vote FOR this Proposal.”

This proposal is from me, James McRitchie, so you know I voted FOR. Environmental, social, and governance (ESG) concerns have been forefront. E&G got all the attention. With covid-19 we see an acceleration of wealth inequality and appreciate “essential workers.” Social concerns should take center stage.

Decades ago, an extensive review by the National Science Foundation found workplaces were not organized for productivity.  Although the evidence supports “ownership of the workplace as well as the work itself by the workers, organizations have not adopted such models. Creating participatory structures runs contrary to the desires of most current decision-makers, whose status is derived from dominating their subordinates.” Too little progress has been made to give voice and empower workers.

I hoped WD-40, with its “tribal” culture, might embrace a more participatory workplace. Include a non-management employee in the pool of potential directors. Form an advisory council of employees.  Appoint a director to be a liaison to the workforce. Create a substantial employee stock ownership plan (ESOP). Take any such action. But no, the Board is satisfied with its current engagement efforts.

WD-40’s engagement efforts are better than average. They could be better still.

Proxy Insight had only reported the votes of CBIS when I last checked. CBIS voted For all items except the auditor, which they voted Against.

Shareholder proposals must be received by the Company no sooner than June 1, 2021 and not later than July 1, 2021 to be included in the Proxy Statement and form of proxy for the next annual meeting.

Few firms admit to having average executives. They generally set compensation at above average for their “peer group,” chosen by aspiration. The “Lake Woebegone effect,” “where all the children are above average,” works well for society. However, when all CEOs are considered above average, their collective pay spirals out of control. We need to slow the pace of money going to the 1% if our economy is not to become third world. The rationale for peer group benchmarking is a mythological market for CEOs. For more on the subject, see CEO Pay Machine Destroying America.