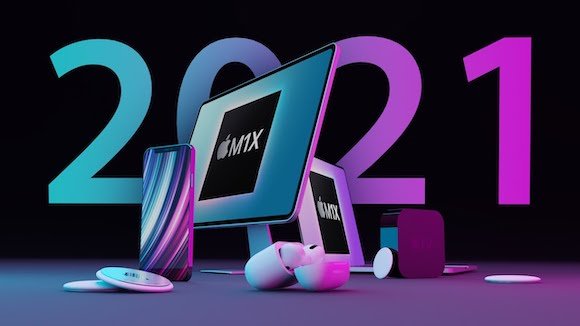 Apple 2021 annual meeting is February 23, 9AM Pacific Time. To attend, vote, and submit questions during the Annual Meeting visit virtualshareholdermeeting.com/AAPL2021 and enter the 16-digit control number. Of course, I recommend voting in advance. To enhance long-term value. Vote AGAINST Gore, Levinson, Sugar, the Auditor, and Pay. Vote FOR Proxy Access Amendment and Improve Executive Pay.

Apple Inc. designs, manufactures, and markets smartphones, personal computers, tablets, wearables, and accessories worldwide. It also sells related services. Most shareholders do not vote.  Reading through 80+ pages of the proxy takes time but your vote could be crucial. Below, how I voted and why.

From the Yahoo Finance profile: Apple Inc.’s ISS Governance QualityScore as of December 2, 2020 was 1. The pillar scores are Audit: 1; Board: 1; Shareholder Rights: 1; Compensation: 3.

Egan-Jones Proxy Services recommends against Gore, Levinson, and Sugar. Directors who served for much longer than 10 years are not independent.

Vote: AGAINST Gore, Levinson, and Sugar.

I have no reason to believe the auditor engaged in poor accounting practices or has a conflict of interest. Egan-Jones recommends voting against the auditor if they served for seven years. Independence becomes compromised by that time. Ernst & Young, LLP  served more than seven years. No other issues appear significant

Apple’s Summary Compensation Table shows the highest paid named executive officer (NEO) was SVP/Deirdre O’Brien at $26.3M. I’m using Yahoo! Finance to determine market cap ($2.3T) and I define large-cap as $10B, mid-cap as $2-10B, and small-cap as less than $2B. Apple Inc is certainly a large-cap company.

Egan-Jones Proxy Services found pay aligned with the long-term interest of its shareholders. They recommend voting For. Given my concern for the growing wealth disparity, I could not in good conscience vote that way. See Proposal #5, which expresses similar concerns.

Unfortunately, it only allows shareholders to nominate one candidate, not “20% or 2, whichever is greater.” That’s the industry standard. It takes two directors to ensure a discussion at a Board meeting, one to move an item, the other to second it. That’s why the standard is 2.

Apple says its provisions are “well within the mainstream.” Yet, Arch Coal is the only one I could find that allows only one nominee. Are they mainstream? No.

Apple says “special interests” could disrupt the board if they allow for two candidates. Why is Apple so much more vulnerable to disruption than Adobe, AES, AutoZone, or hundreds of others?

86% of companies with proxy access allow shareholders to nominate at least 2 directors. 14% have a standard like Apple. BUT, those companies, such as Amazon, have boards of 10 or more, so 20% still yields at least 2 candidates.

We have directors, our representatives, who have served for more than 18 years. Maybe they just aren’t open to new ideas. Think of an upcoming election where you nominate two candidates and the 8 Board members nominate themselves. Wouldn’t you like options?

Real proxy access creates a more competitive environment for directors. That increases the value of your shares.

In 2020 I had an almost identical proposal on the proxy. Some of the largest funds voting FOR included:

This proposal from is Jing Zhao, who usually files proposals around human rights. Here, he notes that Apple only looks to ensure pay is “aligned with shareholder interests and company performance.” His proposal asks the Board to also consider ethical, social and economic factors, such as the NEOs (named executive officers) pay ratios. That is reasonable and still gives the Board tremendous latitude in what to consider.

Egan-Jones and Apple note, beginning in 2021, an ESG modifier based on Apple Values and other key community initiatives will be incorporated into NEO annual cash incentives.  I doubt they would have made that change without Mr. Zhao’s proposal. However, most of NEO pay is in the form of stock awards. Adjusting cash payments may have little or no impact.

Proxy Insight reported that Calvert voted For all items. CBIS voted Against the auditor; For all other items.

In looking up a few funds in our Shareowner Action Handbook, I see Australia’s Local Government Super voted For all except #5. Trillium voted For Auditor, Amend Proxy Access, and Improve Executive Compensation; Against all other items.

Proposals and director nominations must be sent either by mail to Apple’s Secretary at One Apple Park Way, MS: 169-5GC,Cupertino, CA 95014 USA, or by email to shareholderproposal@apple.com. Matters for inclusion in the proxy materials for the 2022 annual meeting of shareholders, other than nominations of directors, must be received on or before September 7, 2021. All proposals must comply with Rule 14a-8 under the Exchange Act.