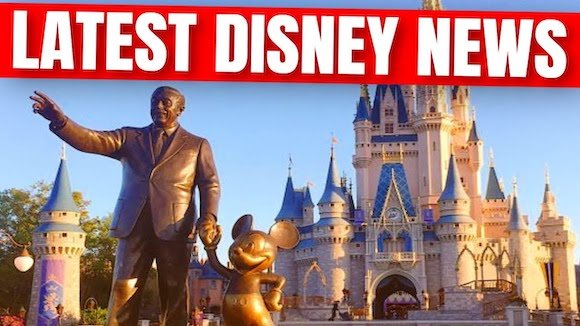 Disney 2021 annual meeting is March 9, 10 AM Pacific Time. To attend, vote, and submit questions during the Annual Meeting, visit virtualshareholdermeeting.com/DIS2021 and enter your control number. I recommend voting in advance. To enhance long-term value. Vote AGAINST Iger, Barra, Lagomasio, Parker, the Auditor, and Pay. Vote FOR Lobbying Disclosure and Increase Diversity of Director Nominees.

The Walt Disney Company, together with its subsidiaries, operates as an entertainment company worldwide. Most shareholders do not vote.  Reading through 80+ pages of the proxy takes time, but your vote could be crucial. Below, how I voted and why.

Read Warnings below. What follows are my recommendations on how to vote the proxy to enhance corporate governance and long-term value.

Yahoo Finance profile: The Walt Disney Company’s ISS Governance QualityScore as of December 3, 2020, is 8. The pillar scores are Audit: 7; Board: 2; Shareholder Rights: 8; Compensation: 9.

Egan-Jones Proxy Services recommends against Robert Iger because he has failed to address cybersecurity issues. Since I voted against Pay, I also voted against pay enablers, including members of the compensation committee: Mary Barra, Maria Lagomasio (chair), and Mark Parker.

Disney 2021 Summary Compensation Table shows the highest paid named executive officer (NEO) was CEO/EC Robert Iger at $21M. That is on top of $113M paid in the prior two years. I’m using Yahoo! Finance to determine market cap ($352B), and I define large-cap as $10B, mid-cap as $2-10B, and small-cap as less than $2B. Disney is certainly a large-cap company.

According to MyLogIQ, the median CEO compensation at large-cap corporations was $13M in 2020. CEO Robert Iger was paid $21M, so way over the median. Disney shares outperformed large-caps over the most recent one-, two-, and five-year time periods.

More accurately, compare the median pay of $51,000 to the total CEO pay for the year of $35M. That yields a pay ratio of 686:1. Yet, that is still too low of an estimate because Disney “annualized the pay for part- and full-time employees who were furloughed for any part of fiscal 2020.” In other words, in terms of that calculation, the economic pain of 30,000+ furloughed workers is ignored. Unfortunately, we don’t have an estimate of those losses. As a result, median pay looks higher than it was, and the pay ratio doesn’t look as bad. However, furloughed workers were not paid. Disney just calculated median pay as if we were all in Fantasyland. A recent report by Rosanna Landis Weaver, The 100 Most Overpaid CEOs, named Walt Disney in the top 5 of those overpaid.

Egan-Jones Proxy Services found pay aligned with the long-term interest of its shareholders. They recommend voting For. Given my concern for the growing wealth disparity, I could not believe in good conscience vote that way. I cannot condone paying a CEO $134M for 26 months of work. All those incentive components are not needed to motivate a CEO to do his job.

This good corporate governance proposal comes from Mercy Investment Services and multiple co-filers.  Egan-Jones believes it is in the best interests of the Company to belong to industry associations and coalitions. The proposal does nothing to prohibit that. E-J believes the proposal seeks unnecessary line-item disclosure of lobbying expenditures and unnecessary expenditures without meaningful benefit. However, the effort required to compile the information is minimal. The requested information is needed to even begin to know if expenditures align with shareholders’ interests.

This proposal from me (James McRitchie), so, of course, I voted FOR. Egan-Jones drinks the Board’s kool-aide, repeating allegations that “the proposal is misleadingly couched in terms of achieving greater diversity.” Disney’s unsuccessful no-action request to the SEC argued the following:

It is unclear from the resolution and the supporting statements how including non-management employees in an initial list of director nominees would increase the diversity of the board and the Proponent does not provide any support for this objective.

The Proposal clearly argues the following in support:

Disney argued “diversity” only applies to race, ethnicity, gender, gender preference, etc., not occupation or, by implication, economic class. Mary Barra, as a woman, ensures some degree of diversity on the Disney Board. However, she earns over $21M a year at GM and over $300,000 a year at Disney. How well can she relate to the median Disney employee who earns $51,000 only if you pretend furloughed employees kept getting paid? How connected is she to the worldview of the typical Disney customer? She is likely to share a similar perspective on many issues as other Board members, while a Disney employee might bring fresh insights.

Disney matches the charitable contributions of Board members up to $50,000 a year. So directors can turn $50,000 into $100,000 to give away to charity, while employees earn $51,000 only by pretending Disney actually kept paying furloughed employees. In other words, it is very charitable to Board members but not to its employees. It is fully within the right of shareholders to encourage Disney to start with a more diversified slate of candidates, even if the Board ultimately nominates others.

My proposal was an opening move. I would have withdrawn it if the Board had agreed to any significant step to increase workers’ voice.

For example, the Board could have appointed a formal workforce advisory panel or designated a director to liaise with workers. They could have set up a substantive employee stock ownership plan (an ESOP), with voting rights held by employees or elected trustees.

A worker on the Board, a workforce advisory panel or a designated director could institutionalize ongoing dialogue. An ESOP, with trustees elected by employees, could have a real influence on Board composition. Any of these changes would engage and empower workers, leading to a better place to work.

Instead, our Board refused to negotiate and sought permission from SEC Staff to exclude the proposal. That bad faith legal maneuver to prevent you from voting on this proposal was denied.

This is a new type of proposal, which has yet to be considered by most Institutional investors or included in their voting policies. Most will vote with the Board by default. However, as I mentioned, this is only an opening move. I’m interested in hearing from other shareholders – and especially from Walt Disney employees. Email me at jm@corpgov.net.

Shareholder Proposals for Inclusion in 2022 Proxy Statement. To be eligible for inclusion in the proxy statement for our 2022 Annual Meeting, shareholder proposals must be received by the Company’s Secretary no later than the close of business on September 21, 2021. Proposals should be sent to the Secretary, The Walt Disney Company, 500 South Buena Vista Street, Burbank, California 91521-1030 and follow the procedures required by SEC Rule 14a-8.

Few firms admit to having average executives. They generally set compensation at above average for their “peer group.” Peer groups are often chosen by aspiration. The “Lake Woebegone effect” may be nice in fictional towns, “where all the children are above average.” However, corporations live in the real world. All CEOs are above average. Ignoring that fact partly explains why their collective pay spiraling out of control. We need to slow the pace of money going to the 1%, or our economy will fail to serve the majority. The rationale for peer group benchmarking is a mythological market for CEOs. For more on the subject, see CEO Pay Machine Destroying America.

What Does It Profit Podcast
Experiences at Virtual Shareholder Meetings: Survey Request