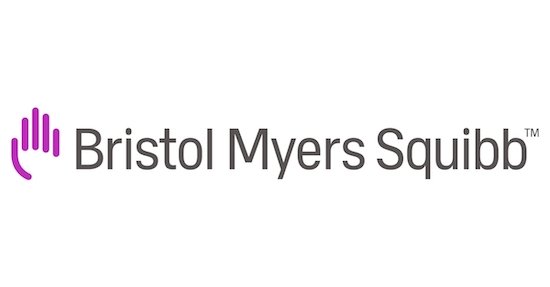 Bristol-Myers Squibb 2021 annual meeting is May 4, 2021, at 7:00 AM Pacific. To attend, vote, and submit questions during the Annual Meeting visit www.virtualshareholdermeeting.com/BMY2021 and enter your 16-digit control number. With my broker (TD Ameritrade), the only place I can find that control number is in a “vote now!” email I received long ago. If you deleted a similar email, you can still attend as a guest but you will not be able to vote or ask questions. Save those emails! I recommend voting in advance. To enhance long-term value. Vote AGAINST Samuels, Arduini, Storch, Vousden, pay, stock plan, and auditor. Vote FOR Special Shareholder Meetings 15%, Independent Board Chair, Written Consent, and Special Shareholder Meetings 10%.

Bristol-Myers Squibb (BMY) discovers, develops, licenses, manufactures, and markets biopharmaceutical products worldwide.   Most shareholders do not vote.  Reading through 100+ proxy pages takes too much time for most but your vote could be crucial. Below, how I voted and why.

If you have read these posts related to my portfolio and proxy proposals for the last 25 years and trust my judgment, skip the 9 minutes of reading. See how I voted my ballot. Voting will take you only a minute or two. Every vote counts.

I voted with the Board’s recommendations xx% of the time. View Proxy Statement via SEC’s EDGAR system (look for DEF 14A).

From the Yahoo Finance profile page: Bristol-Myers Squibb Company’s ISS Governance QualityScore as of April 1, 2021, is 5. The pillar scores are Audit: 3; Board: 5; Shareholder Rights: 5; Compensation: 6.

Bristol-Myers Squibb’s Summary Compensation Table shows the highest paid named executive officer (NEO) was CEO/Chair Giovanni Caforio, M.D. at $20M. I’m using Yahoo! Finance to determine their market cap ($140B). I define large-cap as $10B, mid-cap as $2-10B, and small-cap as less than $2B. Bristol-Myers Squibb is a large-cap company.

According to MyLogIQ, the median CEO compensation at large-cap corporations was $13M in 2020. $20M is substantially above that amount. Bristol-Myers Squibb’s shares barely outperformed the S&P 500 during the most recent two-year time period. However, it substantially underperformed during the most recent one- and five-year time periods. The ratio of the annual total compensation of the CEO to the median of the annual total compensation of all employees was 137:1.

Egan-Jones Proxy Services recommended the board more closely align pay with performance. They should “work to reduce the cost of any similar plan that may be proposed in the future.” They recommend voting Against it. Given my concern for the growing wealth disparity, poor performance, and E-J recommendation, I agree.

After taking into account the equity dilution and other measures, Egan-Jones recommends Against. The board should align CEO pay more closely with company performance.  Work to reduce the cost of any similar plan proposed in the future.

I have no reason to believe the auditor engaged in poor accounting practices or has a conflict of interest. Egan-Jones recommends voting against the auditor if they served for seven years. Independence becomes compromised by that time. Deloitte & Touche, LLP served more than seven years. No other issues appear significant

The Board believes a 15% threshold strikes an appropriate balance between enhancing shareholder access and minimizing the potential harms. Egan-Jones believes such thresholds should be no lower than 25%. I disagree. 15% is a good compromise up from the 10% often requested by shareholders. Keep in mind that 15% to 20% of shares do not get voted because shareholders do not take the time to vote. That shrinks the pool of likely participants. The Board may have introduced this proposal to dissuade shareholders from voting for my proposal (below) to provide for written consent. However, as I discuss below, special meeting rights do not alleviate the need for written consent.

This proposal comes from The Sisters of St. Francis of Philadelphia and other co-filers. There is a potential conflict of interest for a CEO to have a past CEO an inside director act as Chair. Egan-Jones agrees and so do I.

7. Right to Act by Written Consent

This good corporate governance proposal comes from me, James McRitchie, so of course I voted FOR. Egan-Jones also recommends For. Last year, my similar proposal won the support of 43.5%.

This good corporate governance proposal comes from Kenneth Steiner. Again, Egan-Jones believes such thresholds should be no lower than 25%. Even at the 10% threshold, special meetings would be rare and would only be called in a crisis.

Proxy Insight reported no votes in advance of the meeting when I last checked.

In looking up a few funds in our Shareowner Action Handbook, I see Australia’s Local Government Super voted For all except written consent and 10% threshold for special meetings. Calvert voted Against Caforio and the auditor; For all other items. Norges voted Against Bonney, Caforio, and #8.  Trillium voted Against all Board items, except #5; For all shareholder proposals.

Looking at insightia for anti-shareholder provisions:  +++