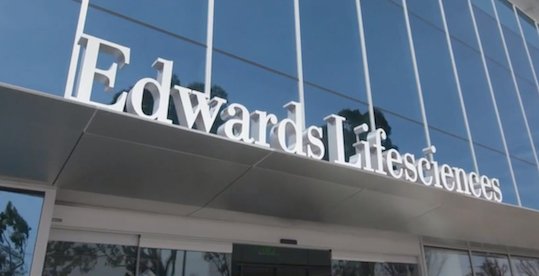 Edwards Lifescience 2021 annual meeting is May 4, 10 AM Pacific Time. To attend, vote, and submit questions during the Annual Meeting visit www.proxydocs.com/EW. They do not make it easy. I had to put in my control number, which was not in the TDAmeritrade library where I vote proxies. I had to find the control number of the ProxyVote email sent when the proxy came out. Then you fill out a form that asks how many shares you own, etc. But I am still not done. I will receive further instructions via email, including a unique link that will allow me access to the Annual Meeting, to vote, and submit questions during the Annual Meeting. Will that email come in time? Vote in advance. To enhance long-term value vote AGAINST LaViolette, Marsh, Valeriani, Auditor, and Pay. Vote FOR all other items, including #7 Increase Diversity of Director Nominees.

Edwards Lifesciences Corporation provides products and technologies for structural heart disease, and critical care, and surgical monitoring in the United States and internationally. Most shareholders do not vote.  Reading through 150 pages of the proxy takes time but your vote could be crucial. Below, how I voted and why.

If you have read these posts related to my portfolio and proxy proposals for the last 25 years and trust my judgment, skip 10 minutes of reading. See how I voted my ballot. Voting will take you only a minute or two. Every vote counts.

Egan-Jones Proxy Services recommends against Michael A. Mussallem, holding the CEO accountable for cybersecurity risk. Trillium voted Against LaViolette, Marsh, and Valeriani (Nomination Committee members and board lack of diversity). I will go with both recommendations next year if the issues are not resolved. However, LaViolette, Marsh, and Valeriani all sit on the Compensation Committee too. Since I voted against pay, I also voted against these directors.

Vote: AGAINST LaViolette, Marsh, and Valeriani.

Edwards Lifesciences’ Summary Compensation Table shows the highest paid named executive officer (NEO) was CEO and Chairman Michael Mussallem at $10M. I’m using Yahoo! Finance to determine market cap ($60B) and I define large-cap as $10B, mid-cap as $2-10B, and small-cap as less than $2B. Edwards Lifesciences is a large-cap company.

Egan-Jones finds no evidence of prior or expected future abuse of this ESPP. “We believe this ESPP to be in the best interests of shareholders.”

I have no reason to believe the auditor engaged in poor accounting practices or has a conflict of interest. Egan-Jones recommends voting against the auditor if they served for seven years. Independence becomes compromised by that time. PricewaterhouseCoopers, LLP  served more than seven years. No other issues appear significant

This is a good corporate governance proposal of the type I submit. Many boards and investors assume a false equivalency between rights of written consent and special meetings. However, any shareholder, regardless how many (or few) shares she owns, can seek to solicit written consents on a proposal.

Egan-Jones recommends For. I agree.

This proposal from my wife, Myra Young, and I wrote it. Yes, we voted For it.

The Proposal argues the following in support:

Edwards Lifesciences opposes because employees have “open communications” with management and the Board. Mentioned are the following:

None of those opportunities provide a mechanism for ongoing dialogue. I would have withdrawn if the Board agreed to any significant step to increase worker voices. That includes even just a Board liaison to workers with an annual report to workers and shareholders on the results of such dialogue. Our Board refused to even discuss.

The Council of Institutional Investors Research and Education Fund surveyed employee access to boards at S&P100 companies. It found growing support for director interactions with employees as a way for boards to better understand and oversee corporate culture. More than one-third (36%) detailed a formal or informal process by which boards interact with employees. Studies find non-US companies with worker board representatives created nine percent more wealth for their shareholders and twice the amount of investment as comparable companies without board-level worker representation.

Including worker perspectives on the Board would generate inclusivity and social cohesion, a major predictor of retention and productivity. Increased involvement by workers will increase productivity and share value. I want to hear from shareholders and Edwards Lifesciences employees. Email. Egan-Jones also recommends voting For.

In order for a stockholder proposal to be eligible for inclusion in the 2022 proxy, written proposasl must be received by the Corporate Secretary no later than November 23, 2021. Proposals must comply with the requirements of the Rule 14a-8 under the Exchange Act.