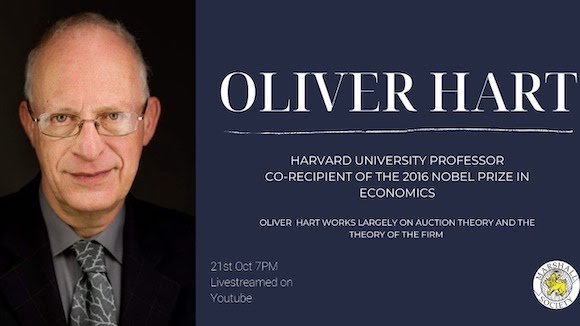 Exit vs Voice? (link) Which strategy is most effective in moving us in a positive direction? Although most investors, especially retail investors, appear focused on exit by moving to ESG funds, the authors conclude voice is the more effective tool. From the abstract:

We study the relative effectiveness of exit (divestment and boycott) and voice (engagement) strategies in promoting socially desirable outcomes in companies. We show that in a competitive world exit is less effective than voice in pushing firms to act in a socially responsible manner. Furthermore, we demonstrate that individual incentives to join an exit strategy are not necessarily aligned with social incentives, whereas they are when well-diversified investors are allowed to express their voice. We discuss what social and legal considerations might sometimes make exit preferable to voice.

Some Observations: Exit vs Voice?

Of course, what is good for a selfish individual may not best for society. (e.g., the tragedy of the commons) The authors (Eleonora Broccardo, Oliver Hart, and Luigi Zingales) make many assumptions. Below are a few of their points (and a few of my takeaways concerning exit vs voice):

Shareholders who are not well-diversified and associated stakeholders will be more reluctant to approve a clean technology if they will bear a disproportionate fraction of the cost.

The authors argue that “verification” is important. Investors could announce they will divest. If believed, that publicity could push some companies to switch to clean. After having achieved their goal, those who divested will be tempted to sell the clean companies and buy the more profitable dirty ones, which trade at the same price. If this behavior is anticipated, divestment will become ineffective.

In my experience, those seeking divestment are often more committed to social goals than economic goals. Decades ago, they wanted companies to pull out of South Africa to avoid supporting apartheid, even if it meant less profit. Similarly, many do not want to invest in guns or tobacco even if they are profitable because they value life over slight improvements in their individual wealth.

When it comes to informing and changing people’s preferences the exit strategy is superior to the voice one. A successful information campaign can keep the relevant piece of news in the media for an extended period of time. A corporate vote is not as newsworthy. The media feel compelled to cover voice at most twice, when the vote is announced and when the votes are counted. Boycotts and divestments succeed by affecting a target’s reputation in the media, not the demand for their product.

Agreed. Boycotts and divestments appear more tangible and get more press. To partially address this problem, we should require that funds announce their votes when they are cast. Votes announced before meetings get more press than those announced through the annual SEC filings. Sortable reports of votes would also get more publicity since they can be easily compared. (Mutual Fund Wars Over Fees AND Proxy Votes)

A locally concentrated ownership favors an internalization of the externalities produced by firms, especially if production and distribution are also locally concentrated. From the 1980s we have witnessed two important trends: the globalization of firms and the indexation of individual portfolios. The combination of these two trends have led firms to become more asocial, i.e. to ignore most of the externalities they produce. We can interpret the rise of the ESG movement as a reaction to this increasing asociality of firms

A good option to build on these observations would be to create index funds based on local publicly traded companies. Even the Sacramento area, where I live, has ten such companies. Most of the twenty-five larger MSA probably have far more. These companies will also be much easier for local investors to monitor and hold accountable. My own investments are disproportionately local for this very reason.

The authors touch on ways the U.S. proxy system tends to limit shareholders’ ability to influence corporate policy. They believe a firm-by firm solution is more flexible and cost-effective than one-size-fits-all rules.

In the investment world there are monetary incentives for mutual funds to cater to investors’ preferences, which are not present in the political world. Mutual funds can pay for the cost of setting up a proxy, in a way that political parties cannot. Last but not least, in the United States companies can spend massively to influence the outcomes of referenda (as Uber and Lyft did recently in California) and their spending is constitutionally protected. By contrast, shareholders can choose to limit such spending. Thus, shareholder voice has the chance of being less prone to capture than political voice.

That shareholder voice is less subject to capture strikes me as fanciful. Yes, Uber and Lyft spent enormous amounts to sponsor and influence referenda in California. The authors then contend that “shareholder voice has the chance of being less prone to capture than political voice.” Yet, I know of no successful shareholder initiatives to limit spending by corporate boards on proxy votes or contests. Such spending at Lyft isn’t even necessary because of their dual-class share structure.

Still, Exit vs Voice makes many valid points. Recent statements by Acting SEC Chair Allison Herren Lee provide hope that we eventually will have competition among mutual funds based on how their votes align with those of customers.

Another new exit vs voice tool that could shift power to voice was recently announced by Index Funds S&P 500 Equal Weight No Load Shares (ticker: INDEX). They are providing investors in the fund with a say on how they will vote shareholder proposals at S&P 500 companies.

This quarter, the $69 million fund added a feature called index proxy polling. The manager, Mike Willis, will cast the votes, but will take his cues from the majority of the fund’s investors. The feature is live on the fund’s website, and an app will be rolled out in the next six months.

‘Ultimately, we’d like the index fund industry to get to the point where the [fund shareholders] say is the final say. We see it as democratizing Wall Street,’ says Willis. ‘It’s about democratizing the voting system back to the voter, back to the individual investor.’ Given the surge of interest in Robinhood and individual stocks, ‘we believe a new retail Wall Street is emerging.’ (Own This Index Fund, and You Can Still Vote on Shareholder Resolutions)

Of course, another huge tool is law. Voice is unlikely to make trans-oceanic shipping companies switch to low sulfur fuels and scrubbers. That will take the international cooperation of nation-states and multinational agencies. We need laws, detection devices and enforcement to ensure bad behavior is less profitable than good behavior.