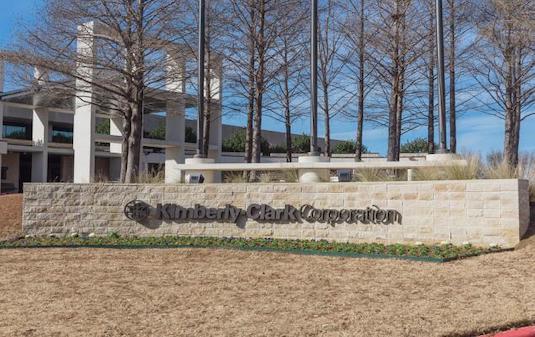 Kimberly-Clark 2021 annual meeting is April 29, 7AM Pacific Time. To attend, vote, and submit questions visit www.meetingcenter.io/277152589 (password: KMB2021). Vote in advance, especially since the meeting is hosted by a company other than Broadridge. You may not be able to vote at the meeting, as even the proxy acknowledges. To enhance long-term value. Vote AGAINST Decherd, Jemison, McCoy, Quarles, Read, the Auditor, Pay Equity Participation, and Directors’ Compensation Plan. Vote FOR Reduce Special Meeting Threshold and Shareholder Right to Act by Written Consent.

Kimberly-Clark Corporation, together with its subsidiaries, manufactures and markets personal care and consumer tissue products worldwide.  Most retail shareholders do not vote. Reading through 150 pages of the proxy takes too much time.  But your vote could be crucial. Below, how I voted and why.

I voted with the Board’s recommendations 53% of the time. View Proxy Statement via SEC’s EDGAR system (look for DEF 14A).

From the Yahoo Finance profile page:

Egan-Jones Proxy Services recommends against 1B) Robert W. Decherd, 1D) Mae C. Jemison, 1F) Sherilyn S. McCoy, 1G) Christa S. Quarles, and 1H) Ian C. Read.   Each of those directors served on the Compensation Committee. Since E-J recommends against the pay package, they also recommend against the committee members who recommended it. Additionally, Decherd and Read are directors who served for longer than 10 years, so should not be considered independent. Additionally, McCoy is overboarded.

I have no reason to believe the auditor engaged in poor accounting practices or has a conflict of interest. Egan-Jones recommends voting against the auditor if they served for seven years. Independence becomes compromised by that time. Deloitte & Touche, LLP served more than seven years. No other issues appear significant

Kimberly-Clark‘s Summary Compensation Table shows the highest paid named executive officer (NEO) was CEO Michael Hsu at $13.5M. I’m using Yahoo! Finance to determine market cap ($45B) and I define large-cap as $10B, mid-cap as $2-10B, and small-cap as less than $2B. Kimberly-Clark is certainly a large-cap company.

Egan-Jones Proxy Services: The board better align CEO pay with the performance of the company. It should “work to reduce the cost of any similar plan that may be proposed in the future.” They recommend voting Against it. Given such poor performance and my concern for the growing wealth disparity.

The Plan allows the company to grant stock options, SARs, restricted shares, restricted share units, performance awards, dividend equivalents, and other stock-based awards. The purpose is to retain managers and other key employees.Egan-Jones Proxy Services is concerned about shareholder equity dilution, as well as poor quantitative and qualitative measures.  “Shareholders should not support the passage of this plan as proposed by the board of directors.

Egan-Jones believes the continued success of the Company depends on its ability to attract, retain, and motivate its directors. They recommend a vote FOR. In checking MyLogIQ, I see the average compensation for directors at S&P 500 companies was $297,000. At Kimberly-Clark, it was $262,000, so slightly less. But consider compensation for the entire board was $3.9M at Kimberly-Clark, compared to $3M at the average S&P 500 company. The average S&P 500 company stock was up 48% last year and 98% over the last 5. Kimberly-Clark was down 7% and up 4% during the same period. Why should we be paying our board more than average?

This proposal would reduce the threshold to call a special meeting from 25% to 15%. I view it as a very positive response to my proposal asking for the right of shareholders to act by written consent. Egan-Jones recommends against it, thinking 25% is the right level. ISS policy is to recommend in favor of special meeting proposals with 10% the preferred threshold and important “unfettered” requirements. I see this as a fundamental shareholder right. Management’s proposal of a 15% threshold is low enough that most shareholders will refrain from asking for 10%.

This good corporate governance proposal comes from my wife (Myra Young), written by me, James McRitchie, so of course, we voted FOR. Egan-Jones also recommends For. As indicated in the proposal, many boards and investors assume a false equivalency between rights of written consent and special meetings.

However, any shareholder, regardless of shares owned, can seek to solicit written consents on a proposal. By contrast, calling a special meeting may require a two-step process. A shareholder who does not own the minimum shares required must first obtain the support of other shareholders. Once that meeting is called, the shareholder must distribute proxies asking shareholders to vote on the proposal to be presented at the special meeting. That can take more time and expense. Additionally, management generally places more restrictions on special meetings. See Special Meetings and Consent Solicitations: How the Written-Consent Right Uniquely Empowers Shareholders.

Written consent rights create a more competitive environment. That increases the value of your shares.

In looking up a few funds in our Shareowner Action Handbook, I see Trillium voted For Auditor, Special Meetings, and Written Consent; Against all other items. Two major concerns of theirs: A shareholder proposal received at least 20% shareholder support in the last year. There are less than 40% women on the board. Calvert voted For all items, except McCoy, who sits on too many boards. CBIS voted For all items, except Against the auditor for too many years of service. Australia’s Local Super voted Against the auditor and written consent.

Proposals for the 2022 Annual Meeting of Stockholders must be received by the Corporate Secretary, Kimberly-Clark Corporation, P.O. Box 619100, Dallas, Texas 75261-9100 no later than November 8, 2021. Upon receipt of a proposal, we will determine whether or not to include the proposal in the proxy statement and form of proxy in accordance with applicable law. We suggest that proposals be forwarded by certified mail, return receipt requested.