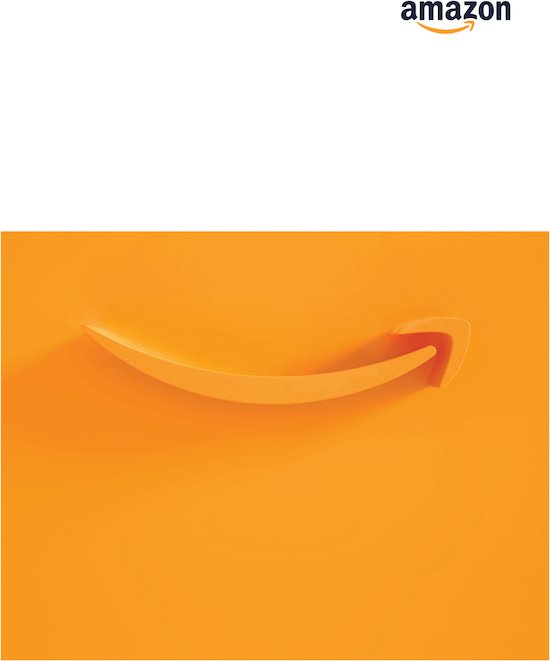 Amazon 2021 annual meeting is May 26, 9 AM Pacific Time. To attend, vote, and submit questions during the Annual Meeting visit here. You will need the control number you got from ProxyVote or elsewhere. Amazon will limit questions to one per shareholder. Of course, I recommend voting in advance online by May 25. To enhance long-term value Vote AGAINST Bezos, Huttenlocher, McGrath, Rubinstein, and Ryder, Auditor, Pay. Vote FOR all the shareholder proposals.

Amazon.com, Inc. engages in the retail sale of consumer products and subscriptions in North America and internationally. Founded in 1994, it is headquartered in Seattle, Washington. Most shareholders do not vote.  Reading through 75 pages of the proxy takes time but your vote could be crucial. Below, how I voted and why.

If you have read these posts related to my portfolio and proxy proposals for the last 25 years and trust my judgment, skip 13 minutes of reading. See how I voted my ballot. Voting will take you only a minute or two. Every vote counts.

I voted with the Board’s recommendations 22% of the time. View Proxy Statement via SEC’s EDGAR system (look for DEF 14A).

From the Yahoo Finance profile page: Amazon’s ISS Governance QualityScore as of April 30, 2021, is 6. The pillar scores are Audit: 1; Board: 9; Shareholder Rights: 2; Compensation: 9.

I voted against members of the compensation committee: Daniel P. Huttenlocher, Judith A. McGrath, and Thomas O. Ryder. I also followed Calvert’s vote and voted against Bezos.

Significant risks to shareholders stemming from severe ESG controversies have been identified at the company, which reflects a failure by the board to proficiently guard against and manage material environmental, social and governance risks.

Votes AGAINST CEO/Chair Jeffrey Bezos are warranted given that the CEO and chair of the board ultimately shoulders the most responsibility amongst all board members for failing to effectively supervise the management of risks to the company and its shareholders, and should therefore be held the most accountable for poor board oversight of ESG risk exposures at the firm.

Additionally, I voted against Jonathan J. Rubinstein, since he has served more than 10 years, so should not be considered independent. (So has Ryder but already covered above.)

I have no reason to believe the auditor engaged in poor accounting practices or has a conflict of interest. Egan-Jones recommends voting against the auditor if they served for seven years. Independence becomes compromised by that time. Ernst & Young LLP (25 years) has been Amazon’s auditor since before the IPO. No other issues appear significant.

Amazon’s Summary Compensation Table shows the highest paid named executive officer (NEO) was CEO Worldwide Consumer David H. Clark at $46.2 M. I’m using Yahoo! Finance to determine market cap ($1.63T). I define large-cap as $10B, mid-cap as $2-10B, and small-cap as less than $2B. Amazon is certainly a large-cap company.

According to MyLogIQ, the median CEO compensation at large-cap corporations was $13M in 2020. CEO Worldwide Consumer David H. Clark is at $46.2 M is outrageously above that amount. Amazon shares underperformed the Nasdaq over the most recent one-, two-, and five-year time periods. The ratio of the annual total compensation of the CEO to the median of the annual total compensation of all employees was 58  to 1. (Based on Jeff Bezos pay. Also know that Bezos’ net wealth was up $85B, so he had a good year.) The more appropriate pay ratio comparison is to David Clark pay is 1,596 to 1.

There is no way that I can support such outsized pay. I also voted against members of the compensation committee.

4. Report on Customer Due Diligence

A combined CEO/Chair is always a conflict of interest. An independent chair is more likely to hold executives accountable and be a voice for shareholders.

This is commonsense corporate governance reform. Independent chair policies are endorsed by Glass Lewis and ISS. The Council of Institutional Investors: “Having an independent chair helps the board carry out its primary duty – to monitor the management of the company on behalf of its shareowners.”

Median pay is considered the valid way of measuring gender pay inequity by the United States Census Bureau, Department of Labor, OECD, and International Labor Organization. Production of the requested report would provide shareholders with critical information on how Amazon is addressing diversity-related issues. (exempt solicitation)

Numerous experts have noted that institutionalized sexism, compounded by racism, hurts corporate performance and it is socially unacceptable. Production of the requested report would provide shareholders with critical information on how Amazon is addressing diversity-related issues.

If you have gotten more than a few deliveries from Amazon you know why this is needed. While most communities can recycle tons of cardboard, the ability to recycle plastic is much more limited. Increasing use of plastic packaging exposes the company to financial and reputational risk and increasing costs. These risks could lead to financial penalties, regulatory action, reputational damage, and clean-up costs that adversely impact shareholder value. (exempt solicitation)

The requested audit would help identify and mitigate potentially significant risks. Amazon’s current efforts are not adequate and require an independent audit. Internal, self-reviews have the potential to reinforce current structural impediments and unconscious or implicit biases. (exempt solicitation)

Amazon opposes because employees have “open communications” with management and the Board. None of the opportunities mentioned provide a mechanism for ongoing dialogue. The Board failed to offer any significant step to increase worker voices.

The Council of Institutional Investors Research and Education Fund surveyed employee access to boards at S&P100 companies. It found growing support for director interactions with employees as a way for boards to better understand and oversee corporate culture. More than one-third (36%) detailed a formal or informal process by which boards interact with employees. Studies find non-US companies with worker board representatives created nine percent more wealth for their shareholders and twice the amount of investment as comparable companies without board-level worker representation.

Including worker perspectives on the Board would generate inclusivity and social cohesion, a major predictor of retention and productivity. Increased involvement by workers will increase productivity and share value. (exempt solicitation)

11. Report on Competition Strategy and Risk

Given the serious regulatory risk, additional disclosure concerning oversight of these matters is warranted. There has been a dramatic increase in investigations and enforcement by regulators globally. We need to know how the board oversees anti-trust risk management and how that oversight is incorporated into strategic planning at the board level.

Increased disclosure would allow shareholders to more fully assess risks presented by the Company’s indirect lobbying. In my long experience as a government official, most of the reprehensible lobbying to ignore health and safety, communities, and the environment did not come directly from companies. Instead, companies let their industry groups do the dirty work, so their public image was not put at risk.

For example, Amazon pays undisclosed dues to the Business Roundtable and the US Chamber of Commerce, which have together spent over $2 billion on lobbying since 1998. Lack of disclosure creates serious reputational risk when spending contradicts the company’s publicly-held positions.

We need to know what positions Amazon is taking, both publicly and in private through trade associations, etc.

14. Report on Customer Use of Certain Technologies

Additional disclosure on the financial and operational risks associated with the use of Rekognition would benefit shareholders and society. Facial surveillance technology often violates civil rights. It unfairly and disproportionately targets people of color, immigrants, and civil society organizations. The system is prone to bias and misidentification on the same population it targets. Our Board of Directors needs to rigorously assess risks to Amazon’s financial performance, reputation, and shareholder value created by privacy and human rights threats to all stakeholders.

Shareholder proposals must be submitted in writing to the Corporate Secretary of Amazon.com. They must arrive no later than 6:00PM, Pacific Time, on Thursday, December 16, 2021. The address is 410 Terry Avenue North, Seattle, Washington 98109.

The Everything Store: Jeff Bezos and the Age of Amazon