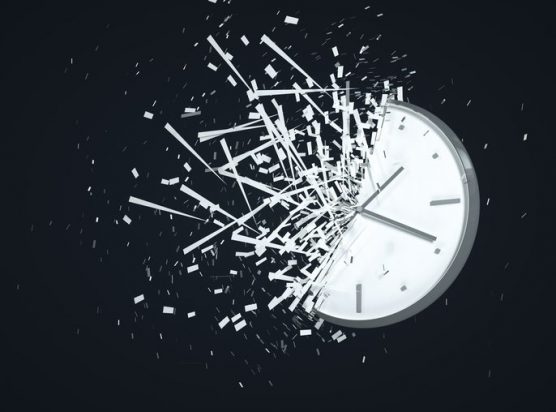 At the end of March, Senator Sherrod Brown (D-OH), Chairman of the Senate Banking Committee, and Congressman Michael San Nicolas (D-Guam), Vice-Chair of the House Financial Services Committee, introduced (S.J. Res. 16; H.J. Res. 36) under the Congressional Review Act (CRA) to overturn recently adopted changes to the SEC’s shareholder proposal rule. The changes to Rule 14a-8 mark the culmination of a years-long corporate campaign to raise the bar for shareholders submitting and resubmitting proposals for a vote at annual meetings. The investor community overwhelmingly opposed the changes. More than 200 organizations have written to Congress in support of the CRA resolution. If successful, Congress will nullify the rule, turning the regulatory clock back to the pre-rule landscape, and will preclude the SEC from adopting a substantially similar rule without congressional reauthorization. The window to act is short. Shareholders need to whip 51 votes by early May when the CRA clock runs out.

SIDEBAR: Inside the Washington bubble, discussing the ins and outs of the CRA tool is a favorite pastime. Is it a blunt instrument? An effective mechanism to curb the growth of the administrative state? What does “substantially similar” mean? A once-obscure oversight tool, the CRA resolution of disapproval was rarely used until 2017 when Republicans used it fourteen times to reverse Obama-era regulation. This year, Democrats have introduced six CRA resolutions (this week, the Senate successfully reversed the rollback of the methane emissions rule). See U.S. Congressional Research Service, The Congressional Review Act (CRA): Frequently Asked Questions.

Below, we take a closer look at the SEC rule changes and provide the CFA Institute perspective. For a more technical summary of the rule amendments, please scroll to the bottom of the blog post.

On September 23, 2020, the SEC voted 3:2 to finalize changes. Requirements were raised for shareholder engagement and representation, as well as eligibility for submitting and resubmitting proposals for a vote at annual corporate meetings.

The Commission majority at the time (former Chair Jay Clayton, Commissioners Elad Roisman and Hester Peirce) explained the regulatory changes were necessary to:

Commissioner Lee summarized, changes in rules “represent the capstone in a series of policies that will dial back shareholder oversight of management at the companies they own.” Commissioner Crenshaw added that the cumulative effect of the reforms “will effectively curtail shareholders’ rights to express their views.”

SIDEBAR: This is not the first time the SEC and Congress have expressed interest in amending Rule 14a-8. In the late 1990s, the SEC proposed raising the resubmission thresholds but ultimately did not adopt any changes. In the 115th Congress, legislation raising the thresholds passed in the House of Representatives as part of the Financial CHOICE Act (see Section 844). During the Trump Administration, the Treasury Department recommended that resubmission thresholds be “substantially revised” in its Capital Markets report.

In its latest annual report, the SEC Office of the Investor Advocate listed numerous objections to the rulemaking.  They concluded it was “adopted in contravention of the Commission’s internal policies for full and objective economic analysis…and, at the very least, the spirit of the Administrative Procedure Act.” The Office of the Investor Advocate recommended Congress overturn the rule, adding that investors “should not have to bear the expense of litigation to overturn such a flawed rulemaking.” In advance of the rulemaking, the SEC’s Investor Advisory Committee issued recommendations concerning the shareholder proposal rule, stating that the SEC guidance and rule proposals on proxy advisors and shareholder proposals “may collectively shift the balance in a manner that does not serve investor interests.”

During his Senate confirmation hearing, in response to a question posed by Senate Banking Committee Ranking Member Pat Toomey (R-PA) about whether as chair he would “revisit” this rulemaking and the proxy advisor rule, now SEC Chair Gary Gensler left the door open. Gensler stated he would “work with the [Commission] staff and economists, and fellow commissioners to understand those rules better.”

The changes adopted under the final rule are sweeping; the increase in hurdles to shareholders significant; while the cost-savings to public companies, by the SEC’s own admission, “minimal.”

CFA Institute submitted a comment letter to the SEC on its original proposal in which we agreed that measured changes to proposal thresholds are appropriate. For example, we supported indexing the submission threshold for inflation to $3,000.  This is not the measured approach the Commission took, however, and CFA Institute has consistently maintained that substantial changes to what we see as a functioning shareholder proposal system are unnecessary and potentially counterproductive.

As we summarized in our comment letter, we believe the new overly onerous regime will ultimately harm the overall corporate governance of US listed companies. We are also concerned the new initial ownership threshold tiers will diminish the rights of retail investors when it comes to raising their corporate governance concerns. Retail investors should not be discouraged from sharing their input based on their ownership in a company.

Amendments to Rule 14a-8, the Shareholder Proposal Rule

The amendments to the SEC Rule 14a-8, governing shareholder proposals included in company proxy statements, adopted changes which include:

Raising the initial ownership threshold for submitting a proposal from the current standard of $2,000 stock ownership for at least one year to a new tiered structure:

Prohibiting aggregation of shares to meet ownership thresholds – a reversal of the current standard.

Raising the resubmission thresholds for the same proposal at the same company from 3%, 6%, and 10% shareholder support for matters previously voted on once, twice, or three or more times in the last five years to 5%, 15% and 25%, respectively. A shareholder proposal that fails to meet these thresholds can then be excluded from a company’s proxy materials. Under current rules, a shareholder proposal is also excludable if it is substantially similar to a proposal included in proxy materials in the last 5 years and if the most recent vote on the comparable proposal took place in the last 3 years and failed to meet the relevant threshold.

Applying the one-proposal limit to each person, rather than each shareholder. Representatives will not be permitted to submit more than one proposal at the same meeting, even if that representative were to submit each proposal on behalf of different shareholders.

Significantly, the Commission did not adopt the “Momentum Requirement” considered under the original SEC proposal. This provision would have allowed companies to exclude any shareholder proposal previously voted on three or more times in the preceding five calendar years if:

The final rule will apply to shareholder proposals submitted for annual or special meetings starting January 1, 2022. 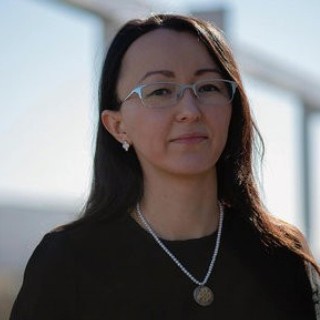 Publisher’s Note: Many thanks to Ms. Karkulova and the CFA Institute for allowing me to republish this piece. I reformatted and edited slightly for search optimization. Blame me for any mistakes and the ads. Please urge your members of Congress to support S.J. Res. 16 and H.J. Res. 36. A short note to your Senators could really help.

credit @ Getty Images / Yuanyuan Yan. The original, Shareholder Proposal Rule: Will Proponents Have the Votes in Time to Beat the CRA Clock? was published on April 23, 2021.