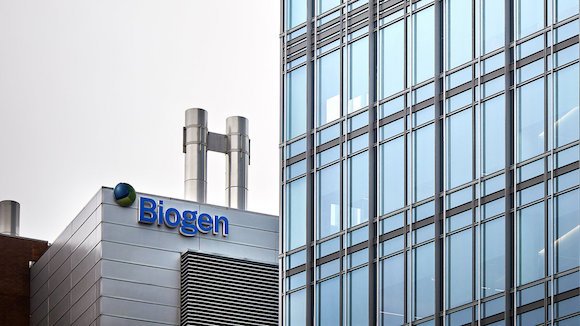 Biogen 2021 annual meeting is June 2, 6 AM Pacific Time. To attend, vote, and submit questions during the Annual Meeting visit here. You will need your 16-digit control number. I recommend voting in advance. Enhance long-term value. Vote AGAINST Auditor, Pay, all directors except Mantas. Vote For: Forum Selection, Reports on Lobbying, Gender Pay Gap.

Biogen Inc. discovers, develops, manufactures, and delivers therapies for treating neurological and neurodegenerative diseases worldwide. Most shareholders do not vote.  Reading through 76 pages of the proxy takes time but your vote could be crucial. Below, how I voted and why.

I voted with the Board’s recommendations 11% of the time. View Proxy Statement via SEC’s EDGAR system (look for DEF 14A).

From the Yahoo Finance profile page. Biogen Inc.’s ISS Governance Quality Score as of April 30, 2021, is 5. The pillar scores are Audit: 1; Board: 6; Shareholder Rights: 2; Compensation: 9.

Since I voted against Pay, I voted against members of the compensation committee: Richard C. Mulligan and Brian S. Posner. Because they have served for more than 10 years, I also voted Against Denner, Dorsa, Leaming, Mulligan, Papadopoulos, Posner, Rowinsky, and Sherwin.

I am concerned with the low proportion of women and minority board members and considered voting against governance committee members. However, I had already committed to voting against most for the above reasons. The one additional member was Mantas. Since his bio emphasizes his role of “advocating for diversity and developing talent in multi-cultural environments,” I gave him a pass this year.

I have no reason to believe the auditor engaged in poor accounting practices or has a conflict of interest. Egan-Jones recommends voting against the auditor if they served for seven years. Independence becomes compromised by that time. PricewaterhouseCoopers LLP has served for 18 years years. No other issues appear significant

Biogen’s Summary Compensation Table shows the highest paid named executive officer (NEO) was CEO Michel Vounatsos at $18.7 M. I’m using Yahoo! Finance to determine market cap ($41.8B) and I define large-cap as $10B, mid-cap as $2-10B, and small-cap as less than $2B. Biogen is a large-cap company.

Given underperformance and overpay, I voted Against it.

Requiring federal securities litigation to be brought in federal court has the potential to reduce the company’s litigation costs, without unduly burdening would-be plaintiffs.

Additional information on the company’s direct and indirect lobbying expenditures and related management control would provide shareholders with a better understanding of lobbying activities and any related risks and benefits.

The attack on the U.S. Capitol and the “Big Lie” challenging the validity of the election results, revealed an entirely new level of reputational risk for corporate lobbying expenditures, particularly when delegated to third-party groups. Biogen stopped PAC contributions to all politicians.  Questions remain. Was it an emergency measure to repair reputational damage or something more lasting?

According to a 2019 study, trade associations and social welfare groups spent $535 million on lobbying in 2017 and $675 million on unregulated public policy efforts. The $675 million that did not qualify as federal lobbying includes strategic consulting, broadcast, and astroturf campaigns. This highlights a large unknown risk for investors. How much is our company spending on undisclosed grassroots lobbying efforts?

We understand that trade associations and other non-profit organizations can serve a useful business purpose. However, Biogen’s lack of public disclosure risks damage to its already precarious reputation. See my Exempt Solicitation filed at the SEC.

Shareholders would benefit from additional information allowing them to better measure the progress of the company’s diversity and inclusion initiatives.

Proxy Insight reported Austrailia Super when I last checked. They voted Against forum selection amendments; For all other items.

Stockholder proposals submitted pursuant to Exchange Act Rule 14a-8 and intended to be presented at our 2022 annual meeting must be received by our Secretary by December 24, 2021.

Money and Politics Get a Divorce