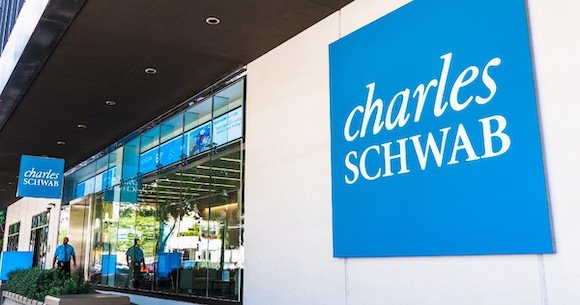 Charles Schwab 2021 annual meeting is May 13, 11:30 AM Pacific Time. To attend, vote, and submit questions during the Annual Meeting visit here. You must register in advance to attend and vote at the meeting. What could go wrong? (sarcasm) Of course, I recommend voting in advance. To enhance long-term value. Vote AGAINST Bettinger, Dea, Dodds, Goldfarb, Ruffel, Auditor, and Pay. Vote FOR Full Disclosure in Lobbying, Reorganize Board into One Class (Declassify Board).

The Charles Schwab Corporation, through its subsidiaries, provides wealth management, securities brokerage, banking, asset management, custody, and financial advisory services. Most shareholders do not vote.  Reading through 80+ pages of the proxy takes time but your vote could be crucial. Below, how I voted and why.

I voted with the Board’s recommendations only 10% of the time. View Proxy Statement via SEC’s EDGAR system (look for DEF 14A).

From the Yahoo Finance profile page: The Charles Schwab Corporation’s ISS Governance QualityScore as of April 30, 2021, is 9. The pillar scores are Audit: 1; Board: 8; Shareholder Rights: 9; Compensation: 8.

Egan-Jones Proxy Services recommends in favor of all.  I followed Calvert and Trillium in voting against all of the directors, except Masrani (appointed in 2020).  Schwab does not disclose diversity data. That’s too important to leave out.

I have no reason to believe the auditor engaged in poor accounting practices or has a conflict of interest. Egan-Jones recommends voting against the auditor if they served for seven years. Independence becomes compromised by that time. Deloitte and Touche served more than seven years. No other issues appear significant

Charles Schwab 2021’s Summary Compensation Table shows the highest paid named executive officer (NEO) was CEO Walter Bettinger at $16M. I’m using Yahoo! Finance to determine market cap ($135 B) and I define large-cap as $10B, mid-cap as $2-10B, and small-cap as less than $2B. Charles Schwab is certainly a large-cap company.

According to MyLogIQ, the median CEO compensation at large-cap corporations was $13M in 2020. CEO Walter Bettinger at  $16 M is above that amount.  Charles Schwab shares beat the Nasdaq over the most recent one-year time period but lagged over the most recent two-, and five-year time periods. The ratio of the annual total compensation of the CEO to the median of the annual total compensation of all employees was 140 to 1.

Egan-Jones Proxy Services found pay aligned with the long-term interest of its shareholders. They recommend voting For. Given my concern for the growing wealth disparity, I could not in good conscience vote that way.

This good corporate governance proposal comes from Friends Fiduciary Corporation. The bottom line is that Schwab does not disclose its contribution to lobbying expenditures by trade associations. Egan-Jones recommends against the proposal. They argue the Company and stockholders benefit from the general business, technical, and industry standard-setting expertise these organizations provide. Few if any would argue that Schwab should not belong to such associations. Certainly, the proposal does not argue that. Instead, the proposal argues for the disclosure of such expenditures.

I worked in California’s Capitol building for many years on environmental protection. In my experience, trade associations did most of the dirty work. Companies, especially those with strong name recognition by the public, often remained neutral on legislation and regulations if they believed public opposition would hurt their reputation. Instead, their trade associations would oppose and take the heat. If the public hated the Western States Petroleum Association, that was better than hating individual companies.

The requested disclosures would begin the process of holding companies responsible for their agents, whether they work directly for Schwab or for a trade association that Schwab pays. Expenditures need to be disclosed or shareholders will be unable to fulfill fiduciary duties to ensure they are in our long-term interest. Schwab argues they make all legally required disclosures. True, trade associations have so much power with Congress they stopped efforts to require the source of their money be disclosed. That’s why shareholders must file proposals one at a time at each company. There should be a law but there is not. Even this proposal is just a request (collective begging). However, if it wins a majority vote, we expect Schwab will take action.

5. Reorganize Board into One Class

This proposal from me (James McRitchie), so, of course, I voted For it. Egan-Jones notes: “staggered terms for directors increase the difficulty for shareholders of making fundamental changes to the composition and behavior of a board. We prefer that the entire board of a company be elected annually to provide appropriate responsiveness to shareholders.”

Almost 90% of S&P 500 and Fortune 500 companies have declassified boards. According to Equilar; “A classified board creates concern among shareholders because poorly performing directors may benefit from an electoral reprieve. Moreover, a fraternal atmosphere may form from a staggered board that favors the interests of management above those of shareholders. Since directors in a declassified board are elected and evaluated each year, declassification promotes responsiveness to shareholder demands and pressures directors to perform to retain their seat. Notably, proxy advisory firms ISS and Glass Lewis both support declassified structures.”

In looking up a few funds in our Shareowner Action Handbook, Calvert vote Against Bettinger, Dea, Dodds, Goldfarb, and Ruffel mostly because the board does not disclose diversity. They voted For Masrani (appointed in 2020), auditor, pay, and both shareholder proposals.

Shareholder proposal to be included in our proxy statement next year must delivered to the Corporate Secretary at the company’s principal executive office no later than December 3, 2021.