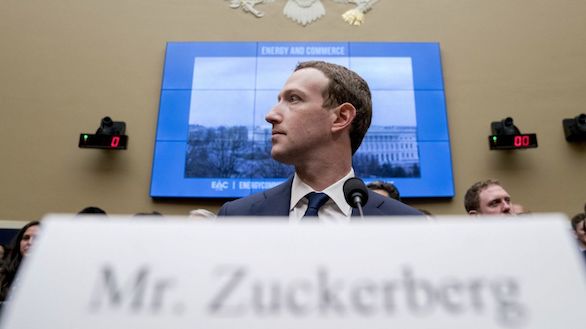 Facebook develops products that enable people to connect and share with friends and family through mobile devices, personal computers, virtual reality headsets, and in-home devices worldwide. Most shareholders do not vote.  Reading through 91+ pages of the proxy takes time but your vote could be crucial. Below, how I voted and why.

I voted with the Board’s recommendations only 18% of the time. View Proxy Statement via SEC’s EDGAR system (look for DEF 14A).

Facebook’s Summary Compensation Table (page 52) shows the highest paid named executive officer (NEO) was CPO Christopher Cox at $69.6 M. I’m using Yahoo! Finance to determine market cap ($895B). I define large-cap as $10B, mid-cap as $2-10B, and small-cap as less than $2B. Facebook is certainly a large-cap company.

According to MyLogIQ, the median CEO compensation at large-cap corporations was $13M in 2020. CPO Christopher Cox is at $69.6M is outrageously above that amount.

Facebook shares underperformed the Nasdaq over the most recent one-, two-, and five-year time periods. The ratio of the annual total compensation of CEO Mark Zuckerberg to the median of the annual total compensation of all employees was 96  to 1. The more appropriate pay ratio is Cox’s $69.6M to the median employee of $263,000, yielding 265 to 1.  Because Mr. Zuckerberg controls the company, we have no say on pay this year.

However, we can vote against the compensation committee: Andrew Houston, Marc Andreessen, and Peter Thiel. WITHHOLD votes for CEO/Chair Mark Zuckerberg given his responsibility for failing to manage risks. He should be held accountable for “poor board oversight of ESG risk exposures at the firm.”

Prior to joining Facebook’s board, Peggy Alford was CFO and Head of Operations for the Chan Zuckerberg Initiative, a philanthropic initiative funded by Mr. Zuckerberg, from September 2017 to February 2019. She is much less than fully independent. Neither is COO Sheryl Sandberg.

I have no reason to believe the auditor engaged in poor accounting practices or has a conflict of interest. Egan-Jones recommends voting against the auditor if they served for seven years. Independence becomes compromised by that time. Ernst & Young has served for 14 years. No other issues appear significant

Egan-Jones writes, “We believe that approval of this proposal will help the Company to attract, retain and motivate its directors whose efforts are essential to its success.” I have to go with Calvert on this one (edited for length).

Support for this proposal is not warranted. Pay program would provide personal security services to the non-employee directors (“NEDs”) and related tax gross-ups from time to time, without impacting established NED compensation limits. The rationale is insufficiently linked to Facebook’s directors and not in line with market practice. Further, the company does not provide sufficient details on scope or costs.

There is no disclosure of an annual limit or even an estimation on the potential costs of the personal security fees and related tax gross-ups. “Personal security services” is undefined and unclear. The company has historically provided security-related perquisites to the CEO and NEO Sandberg, at an extraordinary magnitude. Given the proposal’s limited disclosure, a lack of shareholder-friendly guardrails such as caps, reasonable estimations, or third-party assessments, support for this proposal is not warranted.

E-J writes, “We oppose such differential voting power as it may have the effect of denying shareholders the opportunity to vote on matters of critical economic importance to them. We prefer that companies do not utilize multiple class capital structures to provide equal voting rights to all shareholders.”

If you only vote for one item, this should be it. Our capital structure and voting power must be aligned or we will continue to hold shares in a dictatorship where we have no real voice.

E-J: “There is an inherent potential conflict in having an Inside director serve as the Chairman of the board.”

A vote FOR this proposal is warranted given concerns with the board’s governance and the appointment of a non-independent director (per ISS classifications) to serve as lead director. One of Facebook’s nine board members is independent. The FTC entered a settlement agreement whereby Facebook agreed to a $5B penalty and to enhance its practices and processes for privacy compliance and oversight. Recent data privacy incidents and subsequent controversies have tarnished Facebook’s reputation. Shareholder value at risk. Independent board oversight, in the form of an independent board chair, is needed.

E-J: Approval of the proposal would enable the Company to gather adequate information on the risks brought by the increasing sexual exploitation of children online. Therefore, they could use such information in addressing the operational and reputational impacts not only within the Company but also in the communities it serves.

7. Human/Civil Right Expert on Board

E-J: “Human rights issues are needed to be escalated at the board level to ensure proper accountability and oversight.”

A director with human and/or civil rights expertise as a core part of their professional experience, training, or education, would be of value to Facebook. We face extensive human rights risks, given our current general operations. Such a director could enhance the board’s oversight of human rights-related risks.

E-J: “Approval of this proposal is in the best interests of the Company and its shareholders.”

An assessment by the board on reducing the platform’s amplification of false and divisive information would give shareholders more information. We need better information to assess how well the company is managing and mitigating related risks and controversies. Improvement is needed.

E-J recommends against. Despite the risk, Facebook poses to social stability around the world, the Company is governed at the highest levels with a primary goal of creating value for shareholders. While Facebook considers the effects it has on other stakeholders, those considerations are measured against the corporate governance goal of delivering value to shareholders. And when the interests of shareholders diverge from the public interest, creating chaos and human loss, it is the public interest that must yield.

By becoming a PBC, Facebook could reject shareholder primacy and protect its diversified shareholders from this threat, as long as Mr. Zuckerberg’s voting power is reduced, as is requested by the proposal.

Please read this Notice of Exempt Solicitation. The proposal comes from my wife and me (James McRitchie), written by The Shareholder Commons.

In looking up a few funds in our Shareowner Action Handbook, Calvert voted Against Andreessen, Houston, Thiel, Zuckerberg because of pay and lack of diversity data. They voted auditor, amend director pay, and PBC proposal; For other shareholder proposals.

Norges voted For all items. Norges vote as recommended by the FB board except For #4, #8, #11, #14. Trillium voted Against all Board proposals except Auditor; For all shareholder proposals.

In order for a shareholder proposal to be considered for inclusion in our proxy statement and form of proxy relating to our annual meeting of shareholders to be held in 2022, the proposal must be received by us at our principal executive offices no later than December 10, 2021.